Greece and the Euro Crisis: Insight from UNU-MERIT 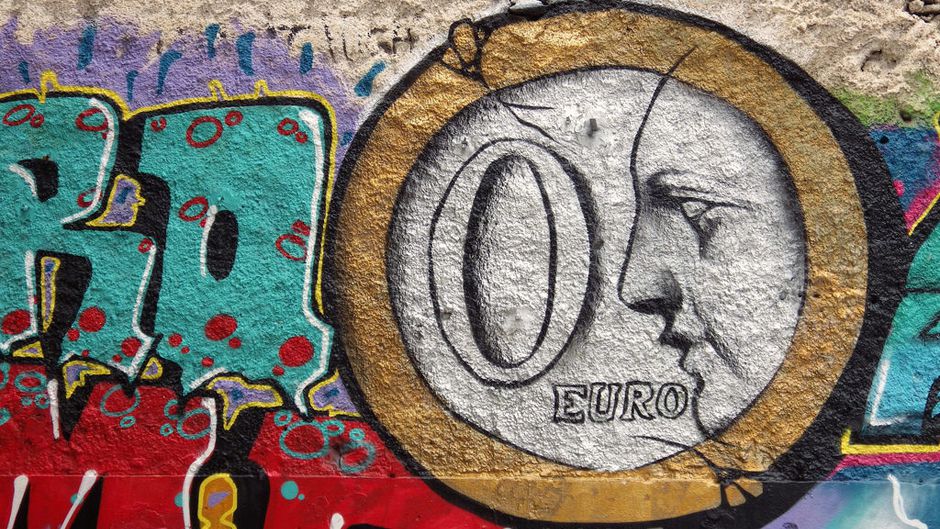 Economically troubled Greece has been given a stay of execution by the European Central Bank ahead of its controversial referendum coming up on the weekend. “The fluctuating survival chances of the eurozone’s weakest economy are hugely important for global financial markets,” says today’s Financial Times. “Its continuing membership of Europe’s monetary union would avert a disruptive market correction, at the very least.”

While media headlines abound regarding the likelihood and possible impact of the nation exiting the eurozone (dubbed “Grexit”), United Nations University Maastricht Economic and Social Research Institute on Innovation and Technology (UNU-MERIT) editor Howard Hudson interviewed senior researcher Dr. Thomas Ziesemer to get expert insight on the situation. Ziesemer has been an Associate Professor of Economics at the School of Business and Economics, Maastricht University, since December 1996 and is also a fellow at the European Academy of Technology and Innovation Assessment.

Howard Hudson (HH): From a purely economic perspective, how much will Europeans lose if Greece exits the euro?

Thomas Ziesemer (TZ): It will be around 1,000 euro per person, at least in the rich countries. The money should already be in the European Stability Mechanism, but the question is, how much money really is already in it? I’m not sure whether the money has been transferred already by the member states or whether these are just commitments. But even if the money is in the fund and we pay from the fund, we may have to fill it again for the next crisis.

HH: If Greece exits, is the ‘contagion’ likely to spread to Italy, Portugal or Spain?

TZ: You never know where it will pop up first! With the current interest rates, the ones that have problems are the pension funds. They get almost no interest anymore, so that is going to create problems, especially with the demographics of Europe, with ever older populations. That could be the next problem. In the Netherlands they already have rules to reduce the pensions.

HH: Back in 1997, 70 eminent economists sent a warning saying that Europe wasn’t ready for a single currency. What did they say?

TZ: Yes, I was one of them! The details at that moment were, acutely, that many countries had by far not reached the 3% deficit rule: Spain was high above, the UK was high above, and Austria was high above. So the fear was that if they all go at the same time, we would run into a recession. Actually there was a small effect like in 1998 — in addition to the Asian crisis — but that was relatively small compared to what we have now.

HH: Back to the present day, the two sides have simply stopped talking and we’re now waiting for the Greek referendum on Sunday. How much of this is a political crisis as much as an economic one?

The polls say that the Greeks will say ‘yes’ to the European offers, so they will want to stay in the euro. But if Tsipras steps down, as he has announced, then a new government will have to be formed. That’s problem one in the short term. The next real problem will be if they get an offer like the last one from the EU, they will have to say how they will cover the budgets in the future, to avoid increasing the debt even more.

HH: The most vulnerable are paying the highest price in Greece: child poverty is 40%, youth unemployment almost 60%, and the elderly face pension cuts. Why?

TZ: Put simply, there’s no economic life without taxes. If you don’t pay taxes, then you don’t have infrastructure, you have bad education, all these public goods are not present. This is about the weak tax administration. Even after it was promised that more taxes should be paid, there have been strong forces undermining that process, such as firing ambitious tax officers.

TZ: Well, for Germany that was for one year and between 0.5% and 1% across the budget, in a recession by the way, in 2003 with the ICT bust. But there is a big difference in this, because France knows that nobody will pay for their debt. There was a clear signal also to Italy. Unlike Greece, Ireland and Portugal, France and Italy are just too big to bail out. They have to find their own solutions and they know this. The real German sin is having proposed or forced Greece into the eurozone, even though it obviously didn’t fulfil the criteria. That’s one point. The other unrelated point is the accession of Bulgaria and Romania to the EU, which was a wish of NATO. If you have too many of these political agreements that are not economically solid, then there’s always a danger of countries crashing out if it doesn’t work for them. 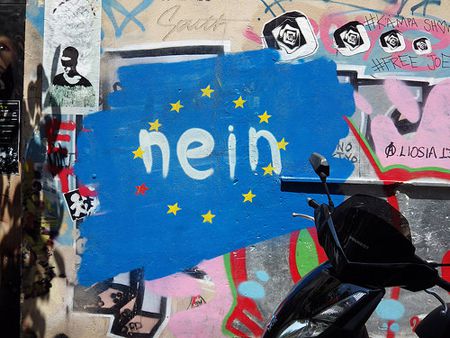 HH: Has Germany forgotten how European nations cancelled its debt in 1953?

TZ: The history of dramatic debt events is very interesting and not always highlighted. First, the 1953 cancellation was linked to the experience of having too high a debt after the First World War, which led to the rise of Hitler. Nobody wanted a repeat of that! Second, the allies understood very quickly at the peace conferences following the Second World War that the next confrontation would be between East and West — so keeping Berlin was one of the crucial points. Back to the present day, it’s about the future of the EU. It’s very difficult to have common rules, but if you have common groups you have common rules. If someone doesn’t want the rules, then exits should be normal.

HH: How can Greece recover?

TZ: The question for Greece is whether leaving the Eurogroup will help or not. Returning to the drachma and going through a devaluation may not help. Basically devaluation is the same thing as reducing prices and reducing wages; that’s already been done and it hasn’t helped much so far. The hope is that exports will increase after two years, but what will happen much quicker is that imports will stop because they become too expensive. And an economy like Greece needs to import machinery, and if you cut imports you also cut investments. So that doesn’t look like a growth programme and it’s by no means a sure way out.

What Greece needs, under the current or the next government, is an agreement on who pays the bills. That means a higher burden on those who can pay more taxes. As you mentioned there are many poor people, so if you don’t exempt them from tax increases it will be very difficult. The richer people will have to pay more and probably also some of the middle class, but rich people always find ways to diversify their money. It’s not easy but you could for example  have increased taxes on land ownership because that can’t move, but then you need a registration system and the Greeks still haven’t set this up after years of promising. So you really need a drastic government that says, ‘either there’s a tax payment on this square metre or it’ll come into the ownership of the government’. What they have done is to increase taxes on electricity because there the idea is that by any measure rich people use far more kilowatt-hours of electricity than poorer people; it’s an extremely progressive tax, although it can be a hardship for the poor if they don’t get a basic amount for free. You also have to avoid that this impacts food prices, so you have to free vegetables and other basic foodstuffs from value added taxes to compensate, otherwise again you hit the poor.

HH: Are there any other lessons to be learned?

TZ: For me as a development economist, I see an amazing similarity with what the Latin American countries had in the 1970s and earlier. Exactly the same thing: agreeing on expenditure in parliament but not on how to pay. It’s a political conflict, so it’s not easy. The theory is fine: it tells you to balance the budget, to some extent, at least if you have 180% of GDP as debt, but it’s a political compromise. It’s the basis of development.

Visit the UNU-MERIT blog for more expert insights like this.

Greece and the Euro Crisis: Insight from UNU-MERIT by Howard Hudson is licensed under a Creative Commons Attribution-NonCommercial-ShareAlike 4.0 International License.

Howard Hudson is the Editor and Communications Coordinator at UNU-MERIT. He has previously worked for Amnesty International HQ, Chatham House and the European Parliament. As a freelance writer, he has drafted 100 reports for the European Social Fund, brochures for several EU summits and a Corporate Social Responsibility report for Air France-KLM. Additionally, he has served as a guest lecturer in media and communications at the European Institute for Public Administration.

Their Recession Is Not Our Degrowth!