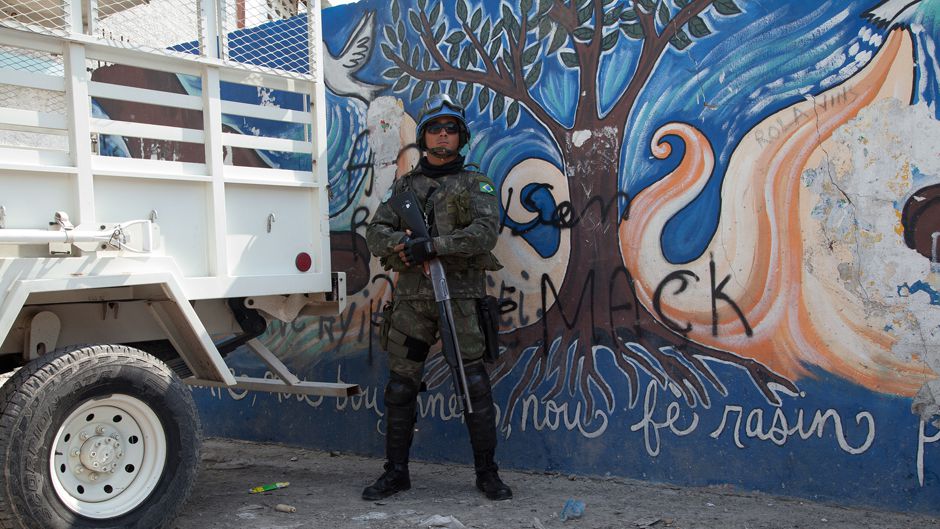 Haiti, often cited as one of the least developed countries in the Western Hemisphere, has reached — or nearly reached — several of the Millennium Development Goals ahead of the 2015 deadline, according to a report launched by the United Nations Development Programme (UNDP) a month ago.

Among other achievements, the country has seen a steady boost in enrollment rates in primary education from 47 percent in 1993 to nearly 90 percent, achieving equal participation of boys and girls in education. Haiti has also halved the number of underweight children under the age of five some three years ahead of the 2015 deadline.

As Secretary-General Ban Ki-moon wrapped up a visit to the Caribbean nation earlier this week, poverty reduction was a central theme in his discussions with UN officials and Haitian authorities. It is also a priority for the Government. Haitian Prime Minister Laurent Lamothe recently remarked, “Our initiatives will be increasingly strengthened and we invite civil society to join us in the fight against poverty and to improve Haitians’ living conditions.” 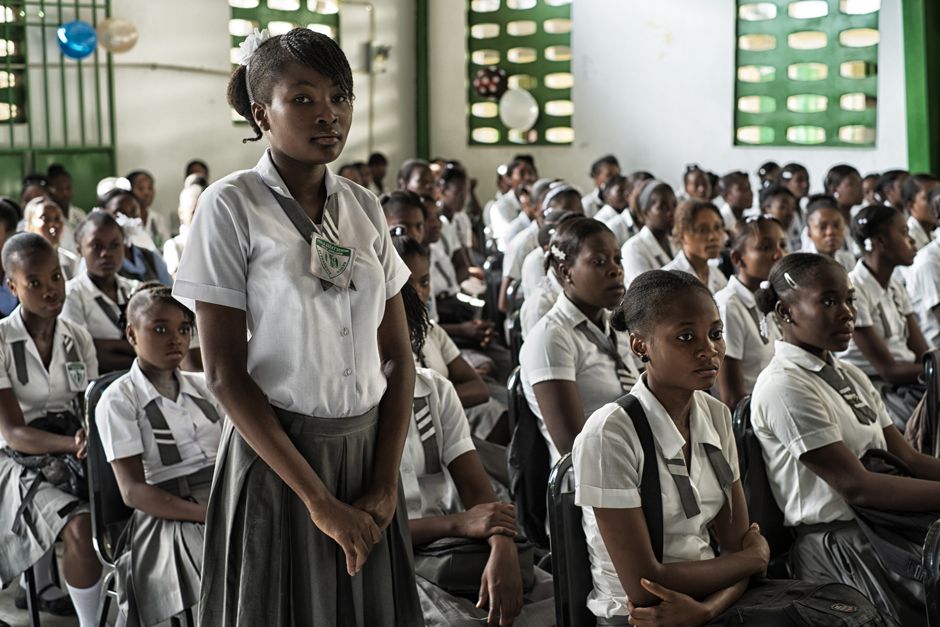 Since the quake, which killed at least 200,000 people, UNDP reports that 97 percent of the debris has been removed from the streets; 11,000 displaced families have been relocated and 50 camps housing the displaced have been closed; and more than 4,000 metres of river bank protection structures have been constructed to guard against flooding.

Haitian and international efforts have succeeded in significantly reducing the toll from the cholera epidemic, reflected in a 74 percent decrease in the number of new cases so far this year, while Haitian communities are rebuilding, recovering and becoming more resilient to future catastrophes four years after the devastating 2010 earthquake 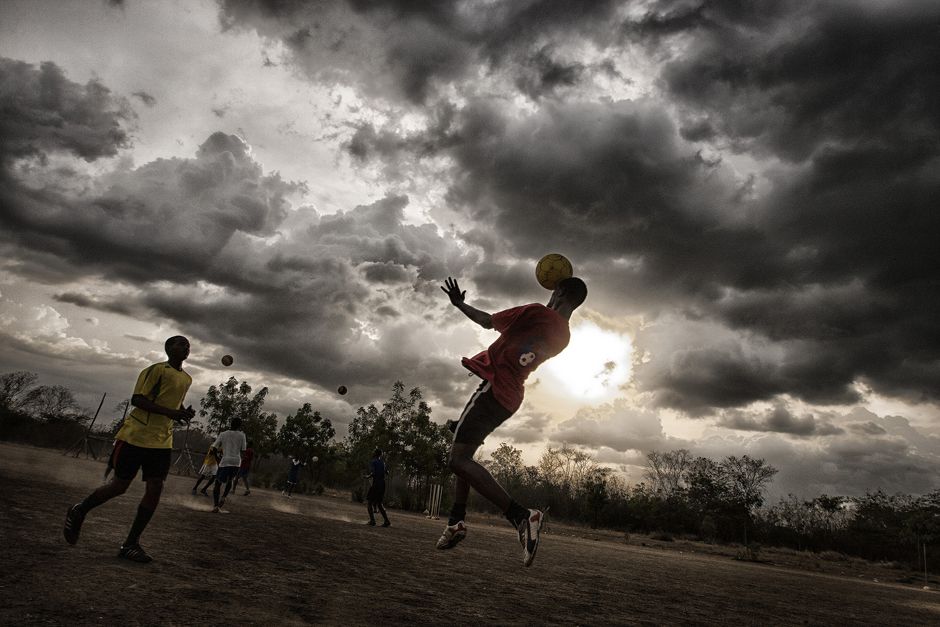 Rebuilding – The International Day of Sport for Development and Peace is an opportunity to recognize the potential of sport to contribute to the achievement of the United Nations Millennium Development Goals. At the same time, the Day underlines that sports can foster peace and can contribute to an atmosphere of tolerance and understanding. Photo: © Logan Abassi UN/MINUSTAH.

Haiti has made notable progress in health indicators, with infant mortality decreasing 44 percent since 1990, faster than the global average, and HIV/AIDS has stabilized with a prevalence of 0.9 percent among the population aged 15 to 24.

Moreover, nearly 65 percent of households now have improved access to water, compared to 36.5 percent in 1995, according to the report. 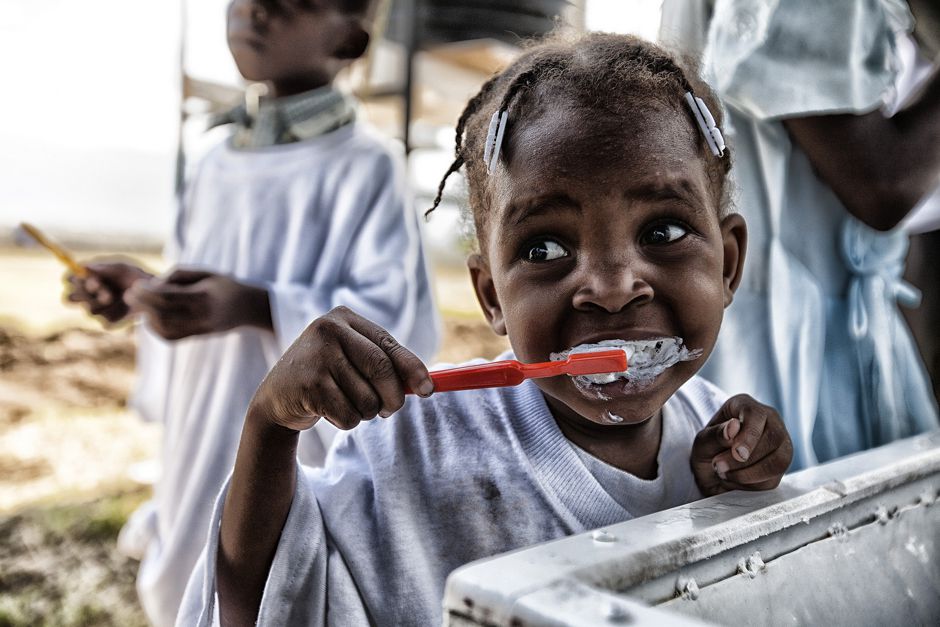 In Haiti, only 55.2 percent of the population has access to an improved water source, while close to 70 percent does not have direct access to potable water. Photo: © Logan Abassi UN/MINUSTAH.

Despite the progress made, however, weak water, sanitation and health systems — demonstrated by the lack of access to safe water by more than a third of the Haitian population — are still enabling cholera, acute diarrhoea or other waterborne diseases to persist.

So when Mr. Ban travelled to the village of Los Palmas this week, he and Haitian Prime Minister Laurent Lamothe together launched the country’s “Total Sanitation Campaign” which aims to scale up sanitation and hygiene interventions in rural areas.

The Secretary-General called the campaign “a development milestone” for the country, where half the population lacks access to adequate sanitation systems. 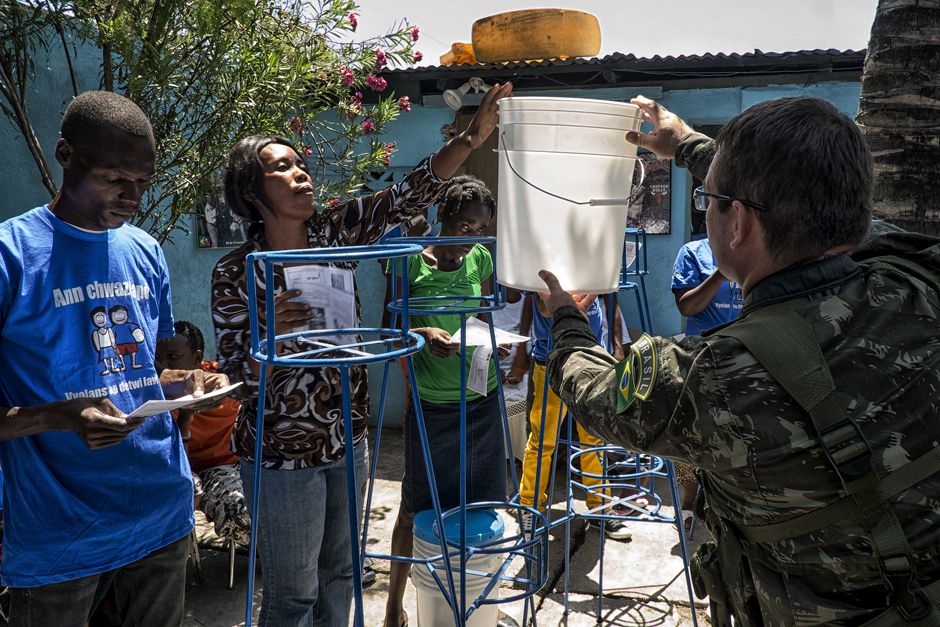 He said the UN stands ready to help expand the initiative to the most remote areas and to places where cholera persists.

Together with the World Bank, the UN plans to assist the Haitian Government to provide schools and health centres in an initial 20 targeted communities affected by the disease, covering 3 million people within the next five years because cholera is still an emergency in Haiti and efforts need to be pursued to sustainably eliminate the disease.

From October 2010 to the end of June 2014, the Government of Haiti has reported over 700,000 suspected cholera cases and 8,500 cholera-related deaths. Even with the decline in rates over the first five months of 2014 compared to the same period last year, and a fatality rate below the 1 percent target rate set by the World Health Organization, cholera is still an emergency. 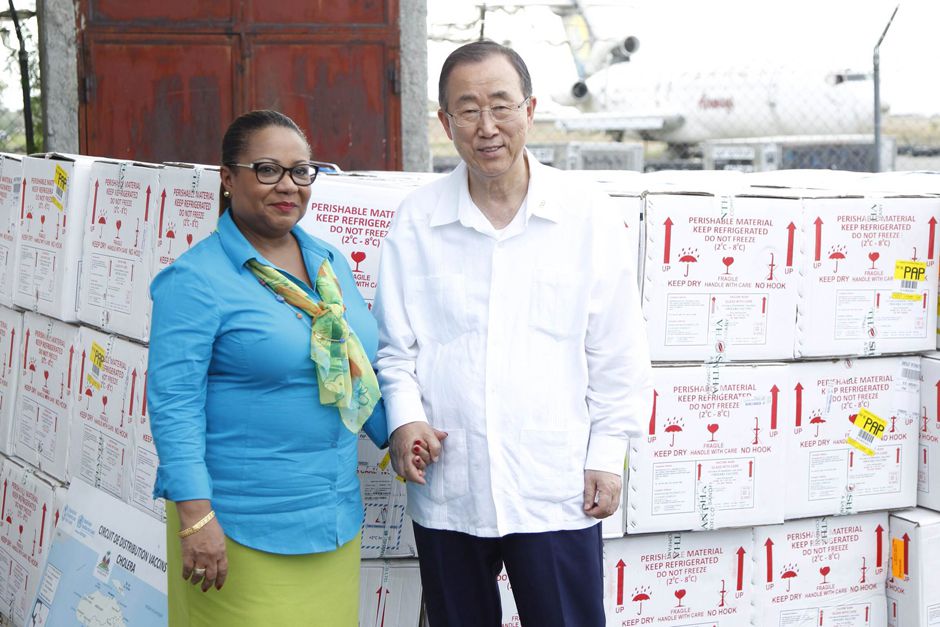 The UN and their partners will begin the second phase of a vaccination campaign targeting 600,000 people in areas of cholera persistence. Plans are underway to proceed this month with the vaccination of 200,000 people.

Challenges ahead include the need to reverse the decline of donors engaged in cholera response efforts, which has declined since 2011, translating into a significant gap in quality treatment. 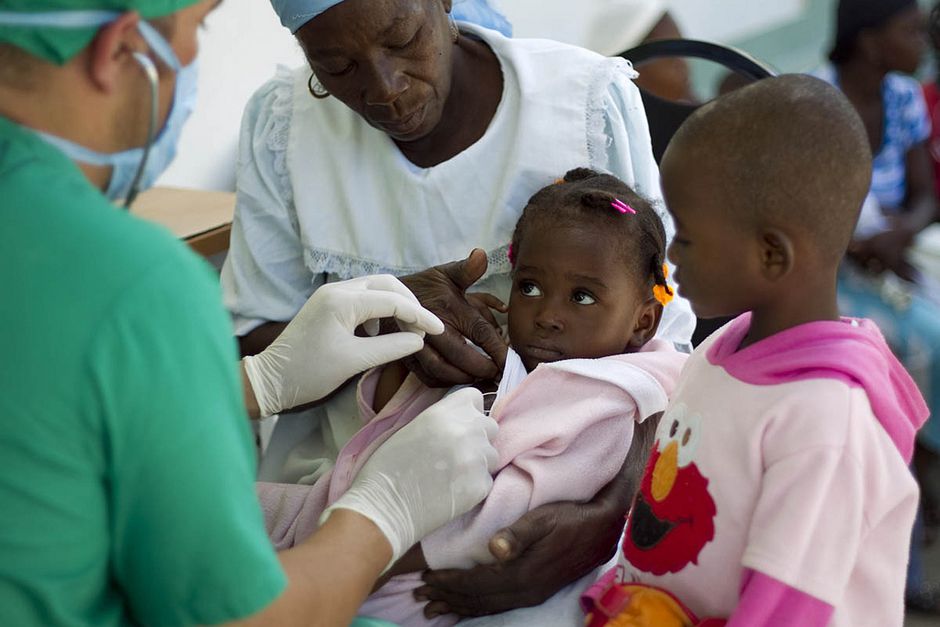 The total amount the UN requires for 2014-2015 is $69 million. To date, $32 million has so far been mobilized from several donors. A premature disengagement from donors could compromise gains attained so far and lead to a resurgence in suspected cases.

Access to a latrine can be attained at the cost of only $4 per person.

“Cholera rates are declining and the battle is slowly being won. We must, however, intensify these efforts. And we must focus on the wider quest to ensure access to safe drinking water and adequate sanitation,” the Secretary-General said at a church service in Haiti