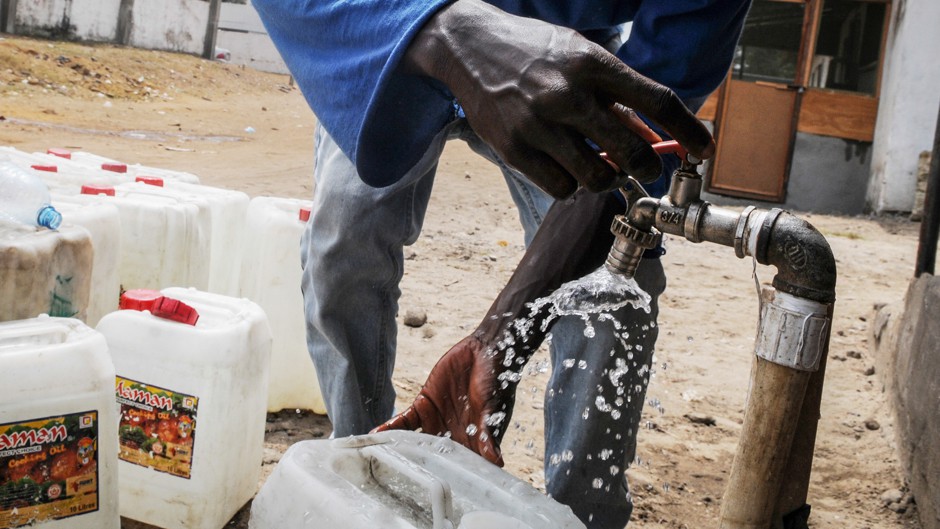 Meeting anticipated world water goals requires an annual investment estimated at US$840 billion to US$1.8 trillion over the next 20 years, but could also deliver more than US$3 trillion annually in economic, environmental and social benefits, according to a newly published study.

It is the first comprehensive, evidence-based analysis of options for integrating water into the new Sustainable Development Goals (SDGs) that will define the international development agenda after the UN Millennium Development Goals (MDGs) expire in 2015.

Estimates of the global expense to implement a comprehensive a post-2015 agenda to provide water for sustainable development and economic growth range between US US$840 billion to US$1.8 trillion per year over 20 years, spread across both developed and developing countries.

This is a major increase from current annual spending but would generate over US$3 trillion in direct economic return, livelihood creation, health system savings, and the preservation of nature’s ecosystem services, among other benefits.

In the health sector alone, for example, a World Health Organization study estimates that every dollar spent on improving access to sanitation and drinking water generates a return of US$4.30. Substantial economic benefits also accrue from spending in wastewater treatment, irrigation and environmental services.

However, in any accounting of water-related expenses, “corruption is the elephant in the room,” says co-author Zafar Adeel, director of UNU-INWEH. A study by Transparency International arrived at a conclusion that a staggering 30 percent or so of spending in the area of water-related infrastructure today is lost to corruption. The new report notes that losses to corruption,  extrapolated on the basis of levels today, would add dramatically to the expense.

“Much of the impact of this corruption falls on the poor and those without access to water,” says the report.  “Water, being trans-sectoral and a resource under stress, is an easy target for corruption.  Its management is dispersed and its infrastructure requires large financial investments, both of which can facilitate corruption, as can the involvement of private and informal entities.”

“Cleaning up the system is essential to progress,” says Dr. Adeel. “If somehow corruption could be eliminated instantaneously, the investment needed to meet water goals would be 1.2 to 2.2 percent of GDP annually (up from 0.73 percent) — and return trillions of dollars in lower health and other social costs.  This offers a strong argument for investments into better governance.”

“Despite clear economic benefits identified in the report, mobilizing the financial resources needed to achieve such a large increase in the scale and continuity of investment obviously will be a major challenge — one compounded by corruption.”

Dr. Adeel says water is a key to social development, environmental integrity and economic growth. “Sizeable progress has been achieved under the MDGs and that must continue. But our post-2015 goals must also recognize water’s vital and cross-cutting role in national development and growth plans and in the international development agenda.”

Unless we see something approaching a two- to three-fold increase over the amounts currently invested in water, sanitation and hygiene, real progress on global growth and sustainable development will be extremely difficult to achieve. There really isn’t any other choice. We need to invest broadly in water and we need to start now.

The report also addresses additional potential funding, noting that much of the investment needs to be raised within countries of need.  Over the past decade investment in MDGs through overseas development assistance has been both low and in decline.

They reflect the changing ownership of water issues, from government to grass roots, and include micro-credit schemes, online “crowdsourcing” and the reinvestment of efficiency savings.  Other revenues generated through sector by-products such as biosolids, while not new, is an important mechanism in the post-2015 agenda.

“As we approach some planetary tipping points, and resulting irreversible changes, innovative perspectives and paradigm shifts are necessary. This report is meant to enable that process,” says Nikhil Seth, Director of the Division of Sustainable Development at the UN Department of Economic and Social Affairs (UN-DESA).

The report addresses a number of water challenges that the world faces in decades to come, among them:

In the absence of any change in consumption patterns, by 2030 the shortfall between demand for, and supply of, water is projected to be 40 percent.  This is in part due to growing populations; according to the most recent World Population Prospects, there will be an additional 3.7 billion people on the planet by 2100.  Much of this growth will be in least developed and developing countries, while urban growth will also increase, to 60 percent of world population by 2030.

Projections show that providing food supplies for a world population of 9.1 billion people in 2050 would require an overall increase in provision of “on-the-plate” food by some 70 percent by 2050.  Some of this demand can be met by reducing food (and water) wastage. Without reduced wastage, food production in developing countries would need to almost double, with significant increases in the production of several key commodities (notably cereals and meat). Higher yields and increased cropping intensity are expected to provide 90 percent of the growth in crop production globally (80 percent in developing countries), with land expansion providing the remainder.

Almost all of the increase in energy demand will come from non- OECD countries as greater numbers of people gain access to electricity. Indeed forecasts suggest that world energy consumption will grow by approximately 50 percent between 2010 and 2040. A shifting in energy sources may also add pressure on water. For example, increasing demand for biofuels implies increased consumptive use of water to grow fuel crops, as compared to water use in hydropower, which can be used again downstream.

Climate change will compound pressure on resources, as will policies to adapt to and mitigate. Furthermore, these pressures will be unevenly distributed around the world with the greatest impacts occurring in populations and locations characterized by low resilience.

The World Economic Forum has suggested that new dynamics could be triggered by a scramble for resources, potentially coalescing around national interests and alliances, thus causing a retreat from multilateral globalization that would risk throwing international organizations into question, and leave global companies to face a baffling political landscape.

Dr. Corinne Schuster-Wallace is a Programme Officer (Water and Human Development) at the United Nations University Institute for Water, Environment and Health, in Hamilton, Ontario. She has broad experience at the water-health nexus including the areas of environmental factors for climate change impacts on and outbreaks of waterborne diseases and linkages to human health and well-being. Prior to joining the United Nations University, she worked in the School of Engineering at the University of Guelph in Canada, worked as a water-environment specialist for the Public Health Agency of Canada, and was a consultant to Part 2 of the Walkerton Commission of Inquiry into the Walkerton, Canada drinking water tragedy of 2000. Dr. Schuster-Wallace holds degrees from the University of Leicester, England and Wilfrid Laurier University in Canada.