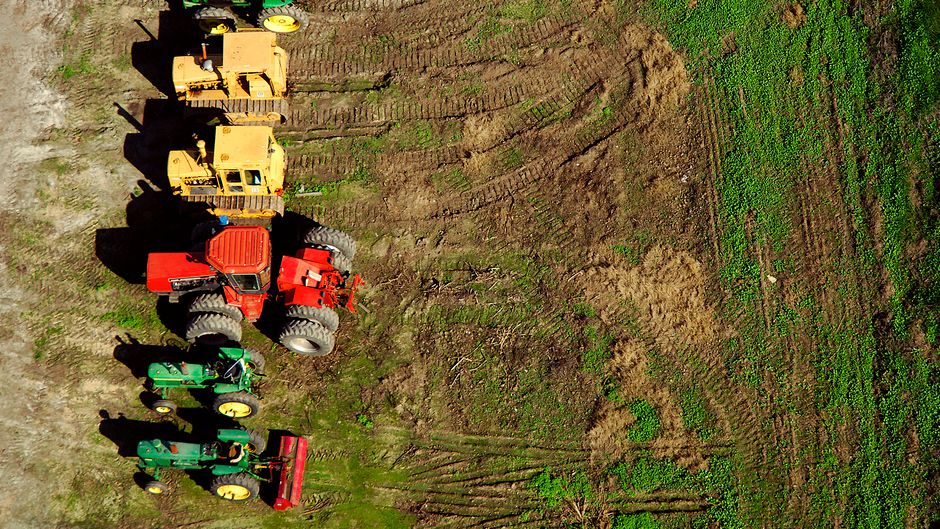 An article entitled Farmer in Chief, published by the New York Times last month, captured the attention of media, environmentalists and bloggers around the world. Written by journalist and professor Michael Pollan as an open letter to President-elect Barack Obama, the article urges Obama to make food security a key issue.

In the letter, Pollan — author of the book In Defense of Food and other revelatory investigations on the issue of the planet’s food situation — explains why and how the American diet and current agricultural system need to shift from a dependence on cheap oil to natural sunshine.

After some initial media reports that Obama’s office had found the 14-page letter too long, it is now said that Pollan’s letter did make it into the President-elect’s reading pile. Obama recently noted in an interview published by Time Magazine that weaning the American diet from its unhealthy dependency on cheap oil is directly linked to his new energy policy.

Unfortunately, the official Obama website does not include food security in its issues’ agenda. But the fact that Obama has repeatedly campaigned on a “new energy for America plan” that aims to “reduce greenhouse gas emissions by 80% by 2050” leads one to believe that the new US leader will take Pollan’s recommendations seriously.

Pollan’s letter is long and varied. It starts by explaining how things became the way they are. He describes the historical decisions made by previous administrations based on a seemingly never-ending supply of cheap fossil fuels that resulted in the industrial agricultural system that we know today.

He affirms that the current state of affairs demands a serious commitment on the part of President-elect Obama’s team towards creating programs, policies and incentives that will transform the food system from one that is oil-based to one that is based on sunshine and renewable sources of energy.

Pollan’s recommendations are so comprehensive that they affect all levels of the food system: from growing to processing to consuming food. The key issues raised can best be summarized as follows:

Pollan calls for the revival of farming in America. He says it will help create a robust economy and help generate millions of green jobs, which will be vital in the 21st century’s post-fossil fuel economy.

According to Pollan, President-elect Barack Obama should also support “reregionalizing” the food system, meaning the creation of an infrastructure for a regional food economy that can support diversified farming. This will also help shorten the food chain and reduce the amount of fossil fuel used in supporting the American diet.

Pollan even goes as far as to say that the new administration should consider creating a “federal definition of food” which should exclude junk food and sodas. “In the end, shifting the American diet from a foundation of imported fossil fuel to local sunshine will require changes in our daily lives.”

Changing the food culture must begin with our children, says Pollan. The new administration should promote programs to educate children about the importance of eating well, “using whatever tools we have to promote the values of growing food, preparing a meal” and sharing it together at the table.

Some more specific ideas include: planting gardens in every school, improving public health campaigns about the dangers of obesity and type-2 diabetes and pushing for greater transparency in the food system, providing more information to consumers about where and how their food is processed.

Pollan’s suggestions to the new Commander in Chief of one of the richest countries in the world are all with the purpose of not only reducing Americans’ calorie intake of fossil fuels but also of improving the health and welfare of the people.

How much oil do Americans eat? by Andreina Lairet is licensed under a Creative Commons Attribution-NonCommercial-ShareAlike 3.0 Unported License.

Andreina Lairet is a freelancer filmmaker, photographer and writer living in the United States. She worked at the UNU Media Studio in 2007-2008 and directed the documentary entitled the Wisdom Years.