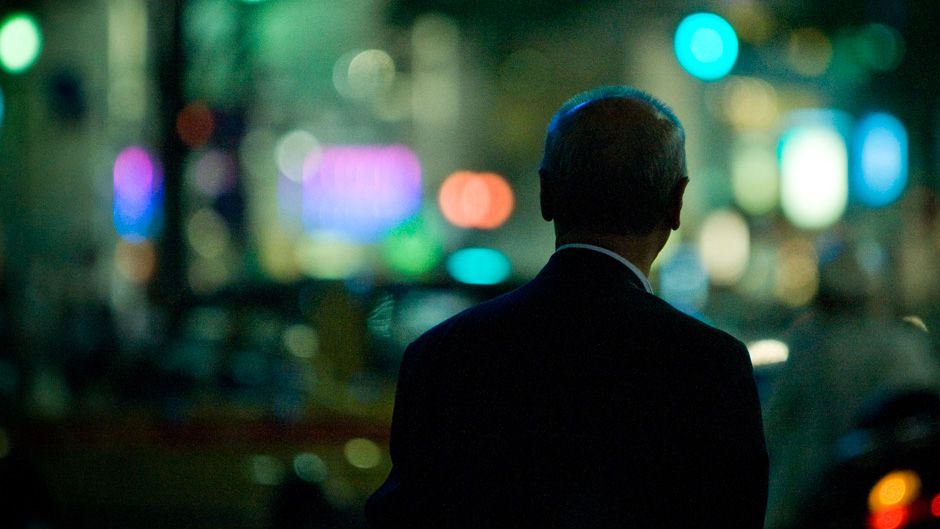 Young climate activist Zi Zi Searles believes that improving lighting efficiency standards is the “low-hanging fruit” of climate change mitigation — that is, it is easy to do, and for a small price.

The 29-year-old spent the recent summer as an energy surveyor for Energy Protection Systems Group Inc. (EPS) in her native San Francisco, where she worked with businesses to improve the efficiency of their lighting systems.

Searles’ interest in behavioural change to reduce emissions in society was spurred by her research using climate models for her senior thesis at San Francisco State University.

The lighting found in many businesses and households in the United States and elsewhere is old and uses relatively inefficient incandescent light bulbs. One simple climate change mitigation solution requires simply replacing these with more efficient bulbs, such as sunlight quality T8 fluorescents.

Efficiency work taking place in California provides a great example of the influence of policy on emissions reduction efforts. High-energy prices and rebates are encouraging entrepreneurs to modernize their existing lighting platforms and reap financial rewards for doing so.

Recently, national governments, including in the US, have recognised that converting to more efficient lighting can cut emissions.  At a recent White House press conference, President Barack Obama said the following:

“The first step we’re taking sets new efficiency standards on fluorescent and incandescent lighting. Now I know light bulbs may not seem sexy, but this simple action holds enormous promise because 7 percent of all the energy consumed in America is used to light our homes and our businesses.”

Governments in general, however, are less specific about the grassroots mechanisms needed for businesses to retrofit their buildings with often costly, albeit efficient lighting systems.

Calculating how to win-win

That is where Searles and businesses like EPS come in through their “cold call” surveys. In a typical survey, Searles goes into a business, counts the lights, measures room areas and calculates the hours of electricity the lighting uses. From this data, she generates a proposal that estimates how much a company is currently paying for energy and how much they could be paying if they adopted energy efficient lighting systems.

Searles views her work as an opportunity not just to sell lights, but to educate people about how much energy they can save:

“We also do these calculations where we tell them: You are reducing CO2; you are taking cars off the road,” she told us.

“When it comes down to it, it’s just a way for them to save money so it’s a win-win situation all around.”

View from the ground

Searles has observed that most business owners are very receptive to having her come in and do a survey.

“Most businesses are curious to know how they can save money through helping the environment. They are interested in green efforts — they want their customers to know that they care about the environment.”

Despite this interest, she believes that businesses are mainly interested in reducing emissions insofar as they perceive it is beneficial to their bottom line.

“They are hesitant to invest in an efficient platform, despite the rebate help and short return on investment.”

Searles has found that many businesses view replacing the lighting system as a luxury, similar to how an individual may feel about remodelling parts of a home.

“Businesses have money but they won’t spend it on what they perceive to be extraneous and unnecessary.”

The carrot and the stick

For the last ten years, the California government has paid 20-60% of the cost of efficient lighting platforms through a rebate.

“We use this terminology in our industry — the carrot and the stick — right now the utility companies and the city governments have carrots out there.  Without the rebates, companies like EPS likely would not exist.”

Still, governments and utilities in California are anticipating that there is not going to be enough electricity due to increasing populations using more appliances.

Things do vary across the world, however.  Searles noticed a positive difference recently in Shanghai, China where all buildings she saw had been retrofitted with efficient compact fluorescent lamps (CFLs) and T8 fluorescents. She puts this down to the variance in government decision-making.

“They have mandated that efficiency projects be done in every district.”

In the US on the other hand, the government has many layers of bureaucracy:

“You are pretty much reliant on the free market to do the efficiency work for you.  So it’s a much slower process, which is unfortunate.”

Searles predicts that future development will not be financed by venture capitalists, the ones backing it now, but she hopes, through cap and trade legislation presently debated in the Waxman-Markey bill.

That means that societies, just like the businesses she visits, have to make the hard investments now to acquire better returns in the future.

“The most important thing any person working on climate solutions has to realize is that mitigating climate change is going to be expensive and require huge upfront costs.”

Searles has a bright present and an even brighter future. She recently landed a job for the United States Environmental Protection Agency as a Remedial Project Manager for a Los Angeles groundwater treatment facility.

After this, she wants to pursue graduate school before owning her own environmental design business that helps individuals in underserved communities participate in the emerging green economy.

Based on her experience, Searles knows that climate change is not just an energy problem. Rather, it is an economic problem wherein current market conditions reward polluting behaviour.

“Replacing lights is important work, but that work could get done more quickly if media and education outlets could be utilized to produce energy literate citizens.”

While becoming a more efficient society is important, Searles believes that real change will take place only when her country’s cultural values relating to money change.

“Creating communities that are less destructive to the natural systems that humans rely on is a challenge that requires the attention of government officials and the owner of your local corner store.”