Negotiators Told ‘The World is Ready’ for Climate Change Deal 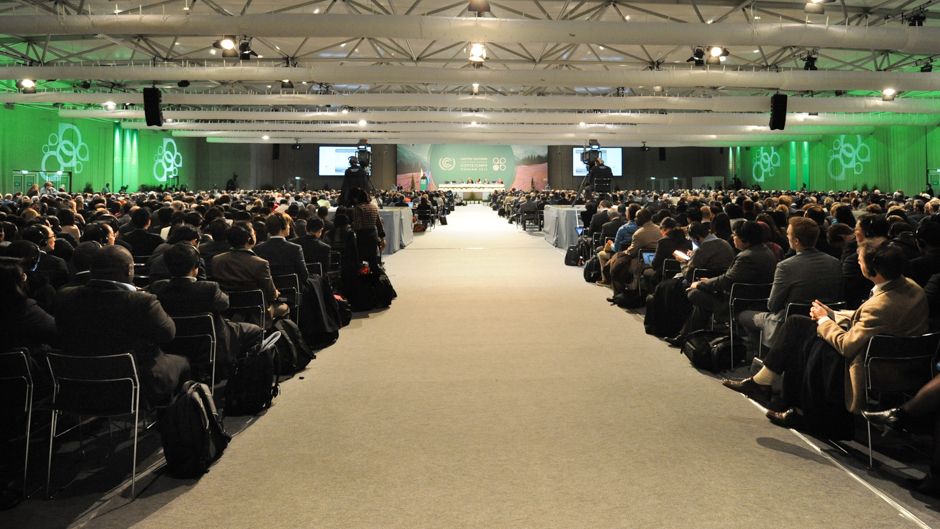 The United Nations Climate Change Conference opened today in Warsaw, Poland, with a call to reach a new agreement to cut climate-altering greenhouse gas emissions during what is seen as a pivotal point in the negotiating process, made all the more urgent by the devastation in Philippines from Typhoon Haiyan.

“We must win the Warsaw opportunity,” Christiana Figueres, Executive Secretary of the UN Framework Convention on Climate Change (UNFCCC), told participants at this 19th session.

She noted that “the world is ready” and there is a groundswell of climate action, not only for the environment, but also for security, energy, economic and governance reasons.

“A new universal climate agreement is within our reach,” said Ms. Figueres, noting that agencies, development banks, investors and subnational governments are on board.

“Parties can lead the momentum for change and move together towards success in 2015,” she said.

The UNFCCC is an international treaty which considers what can be done to reduce global warming and to cope with whatever temperature increases are inevitable.

A groundswell of climate action — not only for the environment, but also for security, energy, economic and governance reasons — indicates the world is ready for an agreement, said UNFCCC Executive Secretary Christiana Figueres.

The two-week conference, being held through next Friday at the National Stadium in the Polish capital, brings together the 195 Parties to the UNFCCC, the parent treaty of the 1997 Kyoto Protocol.

Over the course of the next two weeks, delegates will attempt to hammer out a universal UN-backed treaty on climate change by 2015 which would enter force by 2020.

In her speech, Ms. Figueres highlighted the key areas in which the Conference of the Parties (COP-19) can make progress.

“We must clarify finance that enables the entire world to move towards low-carbon development,” she said. “We must launch the construction of a mechanism that helps vulnerable populations to respond to the unanticipated effects of climate change.”

“It becomes opportunity where we can act together. One country or even a group cannot make a difference. But acting together, united as we are here, we can do it,” he said.

The conference takes place against a backdrop of devastation caused by Typhoon Haiyan where the UN World Food Programme fears that 10,000 people have perished.

“Typhoons such as Haiyan and its impacts represent a sobering reminder to the international community that we cannot afford to procrastinate on climate action,” said the Philippines’ lead negotiator, Yeb Sano.

“We can stop this madness. Right here in Warsaw,” Mr. Sano said. “Typhoons such as Haiyan and its impacts represent a sobering reminder to the international community that we cannot afford to procrastinate on climate action.”

He also decried the concept of a “natural disaster” stating in a news release from the UN Office for Disaster Risk Reduction that “it is not natural when people continue to struggle to eradicate poverty and pursue development and get battered by the onslaught of a monster storm.”

Ms. Figueres, Mr. Korolec and other participants have extended their thoughts and prayers to the people in South-East Asia affected by the typhoon, particularly those in the Philippines and Viet Nam.

The UNFCCC Executive Secretary also highlighted that “we are the first human beings to ever breathe air with 400 parts per million CO2”, a reminder that the air has reached the highest level of carbon dioxide in at least three million years.

A Chance to Change the Ending We Know