Nepal’s Mammoth Tasks After the Earthquake 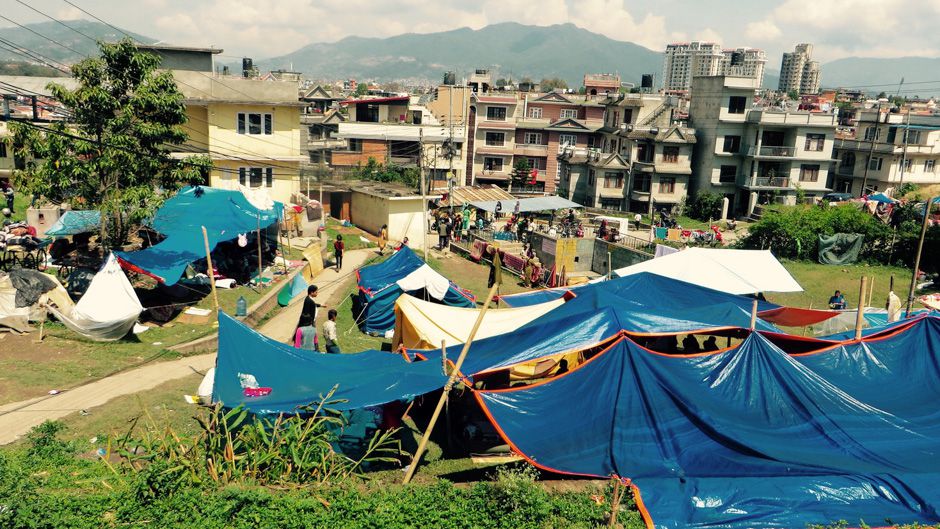 The world watched helplessly over the past two months as heart-wrenching images streamed in from Nepal. An estimated 8,500 people were killed in a major earthquake and massive aftershock that slammed the Himalayan country within a span of three weeks. The United Nations Office for the Coordination of Humanitarian Affairs (OCHA) has confirmed that 8.1 million people — nearly a third of the country’s population — are in need of humanitarian support, while another 1.9 million require food assistance.

Delivery of aid continues to remain a big challenge as many districts are inaccessible by roads. With the monsoon season around the corner, the UN warns that the affected communities are more vulnerable than ever to torrential rains and potential landslides.

The natural disaster strikes Nepal at a time when it is still grappling with the political and economic instability of the past decade. The Bertelsmann Stiftung’s Transformation Index (BTI) — which analyzes transformation processes towards democracy and a market economy in 129 developing and transition countries — points out in its Nepal report that the long, drawn-out nature of the political transition in the country has diverted the leadership’s attention away from much-needed infrastructure development agendas.

At a crucial time like this, the government’s response to the earthquake has invited the wrath of the country’s distraught and frustrated population. There have been numerous reports of foreign aid getting stuck at Kathmandu International Airport. The country’s only international airport is struggling to cope and has even had to turn away planes due to a parking space shortage. Customs officials are reportedly turning away aid trucks at the border with India because they lack appropriate documentation. Urgently needed aid is entangled in bureaucracy.

As the Himalayan nation struggles to rebuild, media reports bring to light the apparent helplessness of the poor in a country where fear and mistrust in the state has further deepened. The government is being accused of unfairly distributing aid.

International aid donors were further alarmed when the government asserted control over aid donations. Prime Minister Sushil Koirala’s spokesman, Uttar Kumar Khatri, released a statement earlier this month saying that any aid donations from institutions or individuals must be transferred to the Prime Minister’s Disaster Relief Fund. The statement warned that those failing to comply with the rules would be punished. This move raised fears that aid transfers via the government would increase opportunities for corrupt officials to siphon off international aid money for personal purposes.

The conclusions of the BTI report suggest that these fears are well founded: “Corruption in Nepal remains entrenched in politics and business. Funds, including aid money, are routinely stolen at all levels of government. […] Monitoring of these funds is generally insufficient.”

Meddling by China and India

The Nepalese government has also announced it would be sending foreign aid groups back to their home countries and only letting medical personnel stay to help earthquake victims. This announcement caused a stir in the international community given that the country desperately needs help revamping its infrastructure and ensuring that life returns to normal in the region.

The Nepalese government’s apprehension over international aid could also be understood in the context of increased aid — and possibly intervention — by neighboring nations such as India and China, which in the past have tried to gain favor in Nepal for strategic benefits. The Nepalese government would therefore have to fortify its administrative capacities and integrate its political systems so as to avoid interference from foreign countries and address its insecurities regarding its neighbours.

On the other hand, the country will also need to forge liaisons with China and India for its development projects. Beijing has already announced investment in Nepal’s infrastructure, and India is interested in implementing hydroelectricity projects in Nepal to harness the Himalayan nation’s rich national resources.

It will take more than just aid to put Nepal back on its feet. Besides the fact that aid distribution needs to be improved and streamlined, the country needs to urgently focus on being better prepared the next time around. Nepal is terribly short of good disaster preparedness programs that take into account the nation’s rugged terrain and the fragile ecosystems of the world’s highest mountains.

A comprehensive policy in this context will have to include educating people and ensuring that they understand the importance of self-sustenance and disaster preparedness. Kathmandu’s leaders will have to learn to decentralize development and aid policies and ensure that remote regions in the Himalayas are given priority for rebuilding.

Nepal continues to struggle for a constitution

Part of the government’s inability to develop and implement effective policies here can be attributed to the country’s elite-oriented and monarchic system, which has only recently become democratic. Nepal is still in the process of coming to terms with a ten-year civil war that ended in 2006.

This is particularly relevant at a time when the parliament in Kathmandu is trying to draft a constitution for the country and political parties are fighting over including what they perceive as basic rights. The country’s leaders must ensure that conflicts within and between parties are resolved so the country can move towards development and restoration after the catastrophe.

According to the recommendation of the BTI experts, “party leaders should focus on the long-term agenda of durable state-making, rather than short-term agendas of personal gain. All parties should be aware that further foot-dragging may open up undesirable spaces for nondemocratic actors to gain traction”.

Nepal’s Mammoth Tasks After the Earthquake by Roma Rajpal Weiß is licensed under a Creative Commons Attribution-NonCommercial-ShareAlike 4.0 International License.