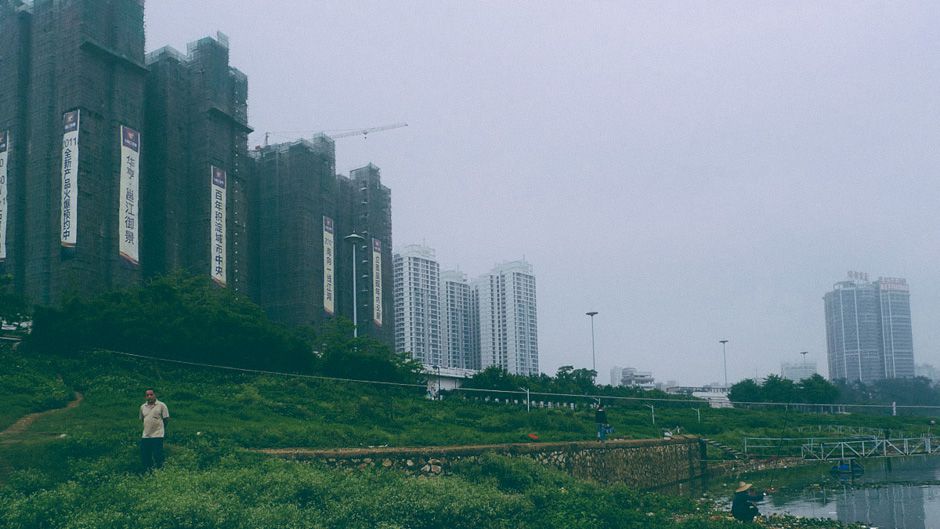 This year marks the 25th anniversary of the United Nations Declaration on the Right to Development. Adopted by UN General Assembly Resolution 41/128 of 4 December 1986, the Declaration defines the concept as “an inalienable human right by virtue of which every human person and all peoples are entitled to participate in, contribute to, and enjoy economic, social, cultural and political development, in which all human rights and fundamental freedoms can be fully realized”.

At the time of its adoption, many saw this Declaration as an outstanding political instrument and considered it a milestone in the decade and a half long struggle by developing countries for a New International Economic Order.

The Right to Development (RTD) represents a fairly comprehensive articulation of economic, social and cultural rights, as well as political rights. While the human person is identified as the ultimate beneficiary (right-holder), the RTD can nevertheless be invoked both by individuals and by peoples. And most significantly, it clearly recognizes the collective obligation of all states to create a just and equitable international environment for the realisation of the right to development.

From the perspective of global civil society, a wide range of peoples’ issues can be linked to this overarching theme including poverty-eradication, food sovereignty, ecological/climate justice, self-determination sovereignty, and so on. Such a campaign should and can be advanced at the national and the international level and hold national governments, regional bodies and international institutions — including the International Monetary Fund, the World Bank and the World Trade Organization — as well as transnational corporations, to account as duty-bearers.

By working together across national boundaries, civil society has the potential to provide a unifying platform for campaigns on aid, debt, trade, finance, and other issues related to development. And by better utilising traditional and new communication technologies, this movement could have broad appeal and large mobilizing potential even among decision-makers. After all, civil society will be building upon a universally accepted covenant and an ongoing official political process.

Yet 25 years since the adoption of the Declaration on the RTD and this potential remains unrealized.

In many ways, this is the same fate that has befallen another outstanding political declaration whose 20th anniversary shall be commemorated next year — the Rio Declaration on Environment and Development. This declaration, agreed to at the 1992 Earth Summit in Rio de Janeiro, affirmed the RTD but also builds on it.

Principle 3 of the Rio Declaration states that, “[t]he right to development must be fulfilled so as to equitably meet developmental and environmental needs of present and future generations”. The Declaration identifies the three integral and mutually reinforcing pillars of sustainable development as economic prosperity, social equity and environmental protection. It also recognized the need for international cooperation to support national action.

Rio makes the crucial contribution of explicitly framing sustainable development in terms of the common but differentiated responsibility principle, whereby “developed countries acknowledge the responsibility that they bear in the international pursuit of sustainable development in view of the pressures their societies place on the global environment and of the technologies and financial resources they command”.

In effect, the Rio declaration establishes the link between economic exploitation of global commons and the responsibility to carry out actions that remedy or mitigate the consequences of such exploitation.

Today the world finds itself far off track in realizing the vision of the RTD and Rio. Global economic expansion continues to severely strain the environment. Humanity’s ecological footprint now exceeds the planet’s biocapacity by over 50%, and three of nine planetary boundaries that define the safe operating space for human life on Earth have been breached.

Furthermore, the costs and benefits generated by that economic expansion are shared very unequally. In 1990, the ratio of the per capita income in the richest 20 countries to that in the poorest 20 was $42 to $1. By 2005, it had deteriorated to $59 to $1 and we can expect that trend to be even worse today.

Today, approximately 1.75 billion people live in acute deprivation in terms of health, education and material standard of living. Perhaps the greatest human shame is that close to a billion people do not even have the very basic condition for human existence — adequate food.

So what happened to 25 years of the RTD and 20 years of Rio?

It is worth remembering that 30 years ago Ronald Reagan came to power in the United States, and Margaret Thatcher two years before him in the United Kingdom. Together they unleashed the neoliberal offensive that systematically and globally eroded the role of the state in the market, pulled back the public provisioning of goods and services, set about defeating unionised labour and dismantling hard-won social entitlements and ultimately constricted the policy space for independent development both domestically and overseas.

Decades since these global trends were first set in motion, the RTD lacks a firm institutional platform to stand on. Although there are reporting procedures for substantive rights that constitute the RTD and the UN Human Rights Council can exercise moral persuasion over violators, it lacks justiciability. 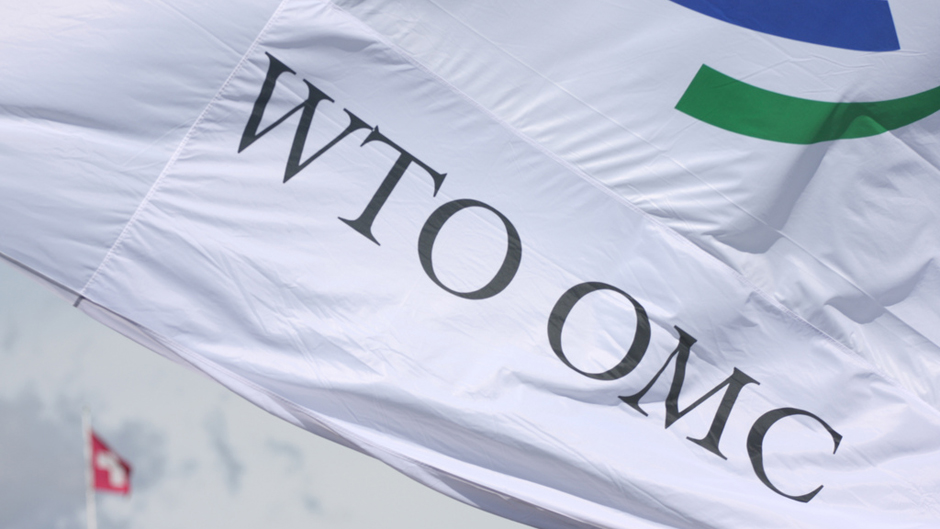 The Rio Declaration at least has the benefit of legally binding multilateral treaties including the UN Framework Convention on Climate Change, the Convention on Biological Diversity and the UN Convention to Combat Desertification. Still, in a similar way to the RTD, there are no real enforcement mechanisms and limits in the extent of financial backing.

Neoliberalism, however, does have real teeth. It has financial backing from international financial institutions as well as donor countries. It has legally binding treaties and a multilateral organization, the World Trade Organization, with a dispute settlement system based on retaliation and sanctions. It has investment tribunals where transnational corporations can sue governments.

So, in the face of state-backed corporate power, or corporate-led state power, how can advocates promote the RTD and the Rio principles today?

The best way to re-affirm these principles is by promoting a rights-based approach to sustainable development in response to the grave economic, social and environmental crises confronting the world today. To put it bluntly, there is no real development possible unless it transcends the present economic and social system that engender these crises.

The 2012 UN Conference on Sustainable Development or Rio+20 offers an excellent, albeit late, political opportunity to do this. One of the major themes conference is the “green economy”.  Many civil society organizations fear that the green economy agenda will consist primarily of market-based, private-sector led initiatives or technological fixes that may inadvertently reinforce corporate control over natural resources and environmental services, at the expense of the people who are most dependent on these resources. 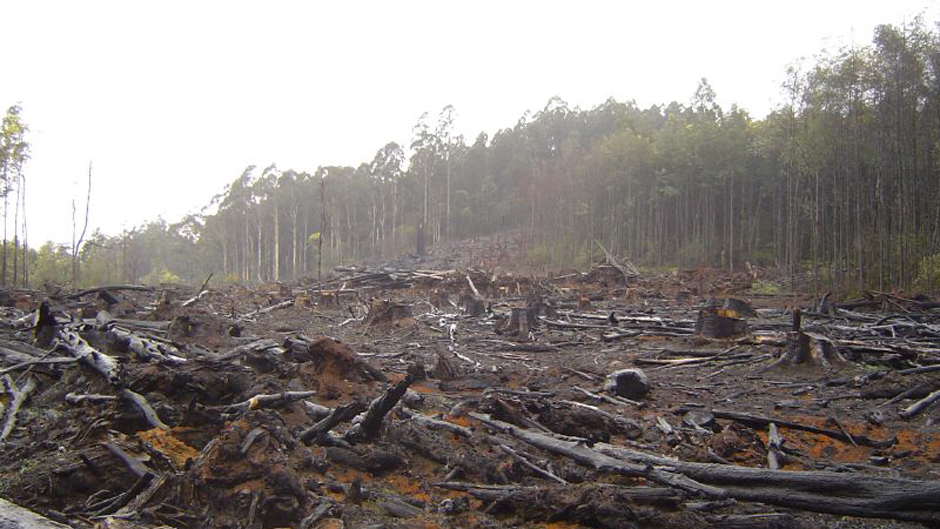 Already we have seen that market-based schemes such as carbon trading and offsets allow cop-outs for large polluters and therefore continue to lock-in the same unsustainable patterns of production and consumption.

The second major agenda of Rio+20 is the institutional framework for sustainable development (IFSD). This is about ensuring greater coherence and efficacy in the governance of all three pillars of sustainable development: economic, social and environmental. There are numerous proposals on the table by governments, international governmental organizations and civil society ranging from merely strengthening UNEP, to elevating the Commission on Sustainable Development to become the Council on Sustainable Development, to the creation of a World Environment Organization.

All these would be additional means of seeking social and environmental justice, holding national and international actors to account, and also add new instruments to strengthen realisation of the RTD.

For all these initiatives to succeed, UN agencies will need to engage in more aggressive policy advocacy themselves. The UN needs to be seen more often in the halls of power where it counts — in Washington and Brussels, and increasingly in Beijing, Delhi, Brasilia, and so on.

The gravity of the multiple crises confronting the world today is forcing people to re-examine their fundamental values, lifestyles, social relations as well as the relationship of humankind with nature. This can influence the direction of development discourse and practice, as the people in the Arab Spring have demonstrated. It’s now up to working people in every country to claim their rights despite the wishes of those in power.

Reclaiming the right to development by Paul Quintos is licensed under a Creative Commons Attribution-NoDerivs 3.0 Unported License.

Paul L. Quintos is a Programme Manager of IBON International, an international non-governmental organization that promotes new development thinking for economic and social justice through capacity development of people’s movements around the world. Before joining IBON, Mr. Quintos was an organizer and educator in the progressive labour movement in the Philippines for over a decade. He obtained his MSc. in Development Studies from the London School of Economics and Political Science, and has held positions in the academe, in government and in various NGOs.