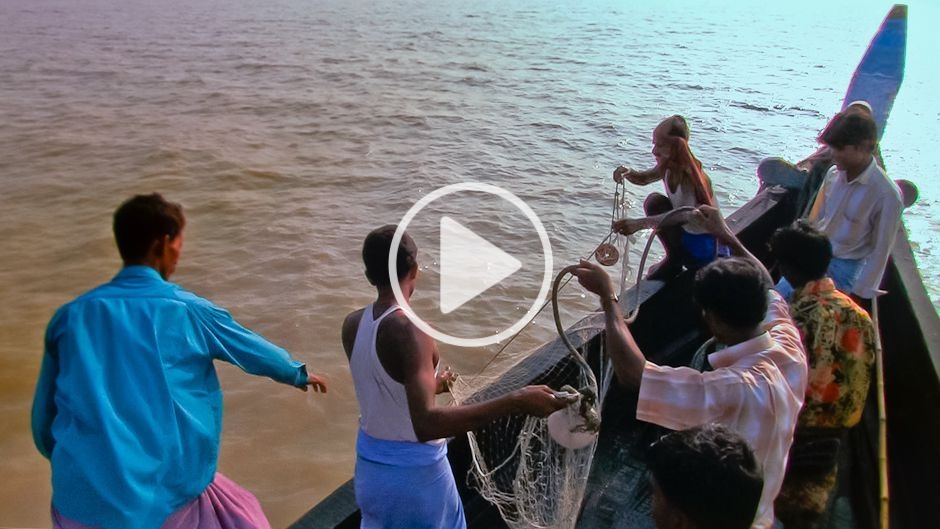 Both inland and by the shore, today’s changing climate is impacting the daily lives of the people of Bangladesh. Out of necessity, Bangladeshis are beginning to adapt by implementing traditional knowledge and practices, through self innovation and with the help of international non-governmental organizations (NGOs) and the United Nations.

Worldwide, to varying degrees, we are all in the process of learning how to adapt to environmental changes. The front-line experience of Bangladesh will provide useful insight into the many challenges that will affect more and more places in the future.

This week, in honour of Bangladesh National Day (March 26), we bring to you a series of three video briefs that showcase the resilient Bangladeshi spirit in coping with these potentially devastating changes. These stories also provide a glimpse of how the United Nations University is working with NGOs to create a platform of knowledge sharing for climate change adaptation.

On our warming planet, Bangladesh is considered to be one of the 12 highest climate-risk countries in the world. It regularly faces all of the five main identified threats that arise from climate change: droughts, floods, storms, rising sea levels, and greater uncertainty in agriculture. In particular, Bangladesh tops the list in flood disasters because it is situated in the low-lying Ganges–Brahmaputra River Delta that is formed by the confluence of three rivers and their respective tributaries, which include run-offs from the melting Himalayan glaciers.

Bangladesh — and many of the other countries on the high-risk list — are increasingly facing such hazards, despite the fact that their contribution to the world’s carbon emissions is minuscule, even in comparison to many developing nations.

On top of these climate impacts, Bangladesh is one of the most population dense countries in the world and ranks 147 out of 179 on the United Nations Development Programme’s Human Development Index (PDF). The list assesses a country’s achievement in terms of human development in areas like health, education and gender equality, and not just GDP growth.

The effects of climate change are exacerbating Bangladesh’s existing problems — health, poverty, land erosion and natural disasters. At sea, the waters are getting rougher and the frequency of tropical cyclones is increasing. On land, the rain patterns are erratic, day and night temperatures fluctuate dramatically, and the country is plagued by both drought and flood.

While 80 percent of Bangladeshis live in rural areas and 54 percent work in agriculture, more and more farmers can no longer make ends meet and have begun to migrate to the bigger cities and other countries in search of a better life.

Bangladeshis are not resigned to climate change doom, but instead have become active leaders in adaptation.

However, the Bangladeshis are not resigned to climate change doom, but instead have become active leaders in adaptation.  In 2008, the national government published a Climate Change Strategy and Action Plan (PDF).

The country has already begun to prepare for the inevitable and irreplaceable effects of climate change. In some communities, education and awareness-raising has begun in schools. For those who live along the coast, homes are built to withstand 100 km typhoon winds and sit upon raised foundations to stave off rising waters during flooding. In addition, farmers are planting saline resistant crops that can withstand the salt water floods that plague their lands.

Ultimately, adaptation is not the longer-term solution for climate change. It has its limitations. A focus on reducing our green house gas emissions must be prioritized. In the mean time, as we’ll see in this video brief series, the people of Bangladesh are doing all they can to adapt.

In our first video brief, embedded at top of this page, fishermen in the Ganges-Brahmaputra River Delta are suffering some of the consequences of global climate change. For hundreds of years their traditional boats have been strong enough to fish in the Bay of Bengal.

However, today, this is no longer true. Fishermen are increasingly faced with stronger storms and rougher seas. Every time they set out to the sea to fish, they gamble with their own lives.

We met with Mohammed Illias, who has fished the waters of Magna River since he was 12. To better support his family, he saved money to purchase his own boat. However, in 2008, he and 10 other fishermen were caught in a terrible storm. The boat was badly damaged and began to sink. Luckily, all of the fisherman on-board survived.

With the help of local and international NGOs, Mohammed was able to restore his boat. By reinforcing the foundation with steel bars, his boat was made stronger. He feels confident that his boat will now be able to withstand the rough waves. As an added result, the boat now allows him travel further out into the sea and increase his catch.

For more details on the challenges a changing climate poses for Bangladeshis, please see the second and third parts of the series. This collection of stories aims to highlight the resiliency of the people of Bangladesh, as well of the importance of community-level adaptation in facing climate change.