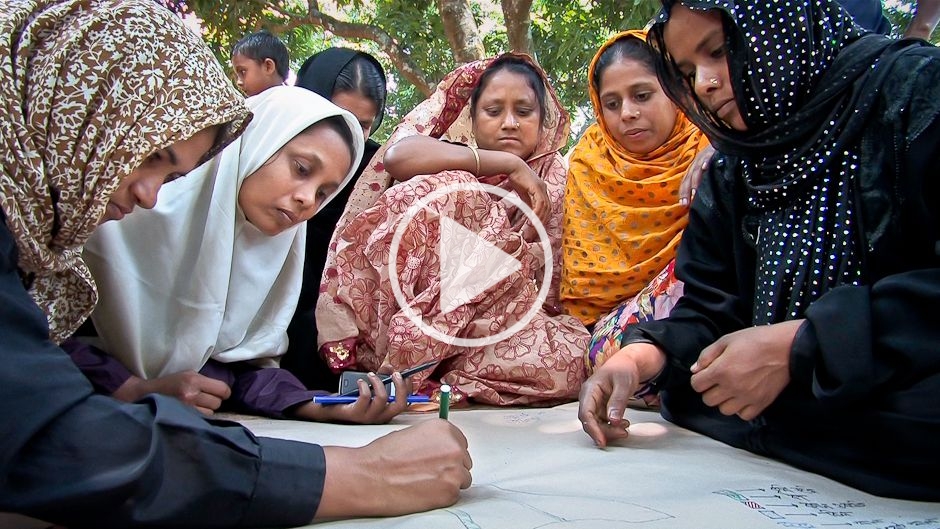 In this, the second of our special three-part series in honour of Bangladesh National Day, we track how Bangladeshis are struggling to tackle local problems, such as increasingly unpredictable rainfall patterns.

The changing climate is making it difficult for peasants in Bangladesh to harvest enough food from their land. Based on traditional knowledge, Bangladeshis used to be able to accurately predict when the rains would fall. They could then sow seeds in accordance to these patterns in order to yield the crops upon which they relied for survival. But rains are no longer following such a predictable schedule and the people must do their best to adjust to this new climate reality.

United Nations University Institute for Sustainability and Peace Researcher Chun Knee Tan has been working with the International Union on the Conservation of Nature (IUCN) to address the growing challenges the region faces and empower local people to deal with the changes in their environment.

The changing climate is making it difficult for peasants in Bangladesh to harvest enough food from their land.

In partnership the two organizations have created a project designed to involve the people affected into the machinations of Multilateral Environmental Agreements, such as the Convention of Biological Diversity and United Nations Framework Convention on Climate Change. This Community-based Implementation and Compliance of Multilateral Environment Agreements project aims to better communicate to communities on the issues surrounding such agreements and get their input and help in implementing relevant national strategies and action plans.

Kohinor, the woman in this video brief, and her husband have suffered the consequences of the unpredictable climate. The number of fish, once abundant in their water beel (wetland or pond), has dropped significantly. Due to the extreme temperature fluctuations, friends and family are catching colds more frequently and there have also been outbreaks of pests that affect their fruit and vegetables.

Through the CICMEA project, IUCN organizes community workshops like the one for the women from Fullbaria village that is shown in the video. Kohinor participated in this workshop at which she and her fellow participants mapped out the landscape of their ward, noting the changes in the area over the past 20 years and listing the resources the community possesses that can help to deal with their challenges. Through this process the group was able to determine what support they will ultimately need to receive from the government and NGOs.

Please read more about the challenges a changing climate poses for Bangladeshis in the first and final parts of this series. This collection of stories aims to highlight the resiliency of the people of Bangladesh and provide a glimpse into how the United Nations University is working with NGOs to create a platform of knowledge sharing for climate change adaptation.