Supporting the Eradication of Modern Slavery 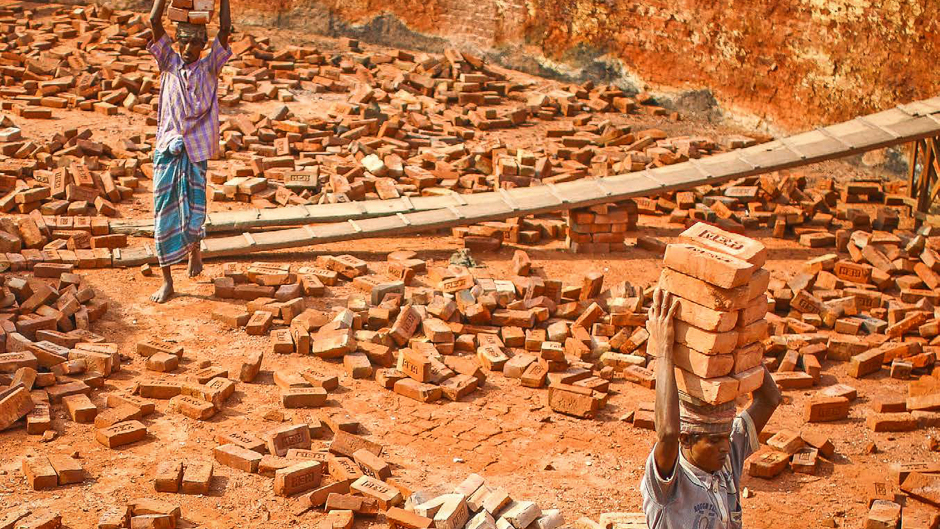 To better highlight UNU’s people, approach, and products, the UNU 2019 Annual Report includes feature articles that provide an example of UNU’s work on select topics — the following feature on modern slavery, and features on climate change, and gender and health.

The prohibition of slavery is one of the strongest norms in international law, yet modern forms of slavery and forced labour still affect an estimated 40 million people around the world. Under Target 8.7 of the Sustainable Development Goals, UN Member States committed to take immediate and effective measures to end forced labour, modern slavery, and human trafficking by 2030, and the worst forms of child labour by 2025. To meet Target 8.7, we will need to reduce the number of people affected by over 10,000 individuals per day — an effort that requires global system-level change.

For the last five years, the United Nations University Centre for Policy Research (UNU-CPR) — and previously UNU’s Office in New York — has been supporting system-level transformation that will strengthen the global multilateral system’s response to eradicating modern slavery.

UNU’s initial effort focused on the international criminal justice system. The research project Strengthening the Multilateral Response to Modern Slavery culminated in a special issue of the Journal of International Criminal Justice as well as a commitment by the Prosecutor of the International Criminal Court (ICC) to help end slavery. Soon after, the ICC opened an investigation into contemporary slavery in Libya, and in 2018 the UN Security Council, for the first time, adopted sanctions on human traffickers.

A second project as part of UNU-CPR’s Modern Slavery Programme focuses on enhancing global knowledge systems by working to assemble (in collaboration with several research organisations) the best available evidence on how to achieve Target 8.7, and to present this evidence in ways that maximise its utility for policy actors.

Launched at the UN General Assembly in September 2018, the project — Delta 8.7 — is named after the mathematical symbol for measuring change and SDG Target 8.7. It is supported by the UK Modern Slavery Innovation Fund with initial seed funding from the US Department of Labor and the International Labour Organization. Delta 8.7’s course is shaped by a 35-member Reference Group of researchers, government agencies, UN bodies, practitioners, and survivors. The platform is a contribution to Alliance 8.7, the global partnership of organisations working to achieve Target 8.7.

Data visualisation is central to Delta 8.7’s attempt to identify what works and encourage policymakers to take action. The project’s website (delta87.org) presents country dashboards that compile the best available evidence and data on modern slavery, forced labour, human trafficking, and child labour in each country, and brings the issues to life through a series of interactive audio-visual stories built in collaboration with Reference Group members and Carnegie Mellon University. This work has been presented to World Economic Forum audiences in Dalian, Davos, and New York, and to policy audiences from No. 10 Downing Street to Brasilia.

“Delta 8.7 aims to provide the knowledge needed to take effective measures to meet Target 8.7”, explains Alice Eckstein, Programme Manager for the UNU-CPR Modern Slavery Programme. “With 57 country data dashboards, dozens of insights from leading anti-slavery experts and policymakers, and policy research workshops to connect with local actors, we are making important strides to ensure that evidence-based approaches are being taken towards achieving this target.”

In its current phase of work, Delta 8.7 explores the power of artificial intelligence (AI) and computational science to unlock new insights into the best approaches to tackle modern slavery. Working with research partners including the University of Nottingham’s Rights Lab, the Computing Community Consortium, and The Alan Turing Institute, Delta 8.7 has built an AI research coalition — Code 8.7 — that works closely with survivors and survivor-focused organisations like the Survivor Alliance and AnnieCannons. In Brazil, Code 8.7 is working with the consumer credit bureau Experian Serasa to build a research sandbox that accelerates insights into vulnerability to modern slavery and forced labour.

A third area of focus for UNU-CPR is the global financial system — a lever that can move the entire global economy towards achieving Target 8.7.

Working with the governments of Liechtenstein, Australia, and the Netherlands along with other public and private sector partners — as well as with Nobel laureate and microfinance pioneer Muhammad Yunus — UNU-CPR helped establish a public-private partnership that mobilises the global financial sector to tackle modern slavery and human trafficking. This effort, known as the Liechtenstein Initiative for a Financial Sector Commission on Modern Slavery and Human Trafficking, was launched in September 2018, with UNU-CPR serving as secretariat to a commission of 25 financial sector and anti-slavery leaders, including two survivors of modern slavery.

During its one-year mandate, the commission, chaired by the CEO of the UN-backed Principles for Responsible Investment, held four consultations on how the financial sector can help prevent modern slavery and human trafficking through compliance and regulatory regimes, responsible lending and investment, financial inclusion, financial technology, and international cooperation.

The resulting report, “Unlocking Potential: A Blueprint for Mobilizing Finance Against Slavery and Trafficking”, was launched at the UN General Assembly in 2019. The Blueprint sets out five goals towards which financial sector actors can work through individual and collective action, and specifies 30 actions to achieve those goals.

The same partners subsequently worked with UNU-CPR to establish a Finance Against Slavery and Trafficking (FAST) initiative to promote global implementation of the Blueprint. FAST is partnering with 13 major banks in five countries and survivor service organisations to facilitate the access of survivors of slavery to bank accounts.

FAST is also partnering with the Bali Process to promote implementation in the Asia-Pacific, particularly in the critical area of infrastructure financing. And a partnership with the Association of Certified Anti-Money Laundering Specialists is bringing the FAST Blueprint to its 77,000 members worldwide, including through a free online training course.

UNU-CPR continues to think about how the realities of modern slavery will change by 2030, including how such factors as climate change and displacement, and demographic and employment patterns will influence those changes. Working with the UN Special Rapporteur on Contemporary Forms of Slavery in 2019, UNU-CPR crowd-sourced policy analysis through a public consultation, Addressing Tomorrow’s Slavery Today, that contributed to a report to the Human Rights Council and General Assembly.

Looking to the future, in the second quarter of 2020, UNU-CPR plans to publish a major study on the role of the global development sector in fighting modern slavery. In 2021, FAST will organise a review conference to consider the progress made in implementation, identifying lessons and developments, and exploring new opportunities.

Building the Evidence Base to Accelerate the Fight Against Modern Slavery