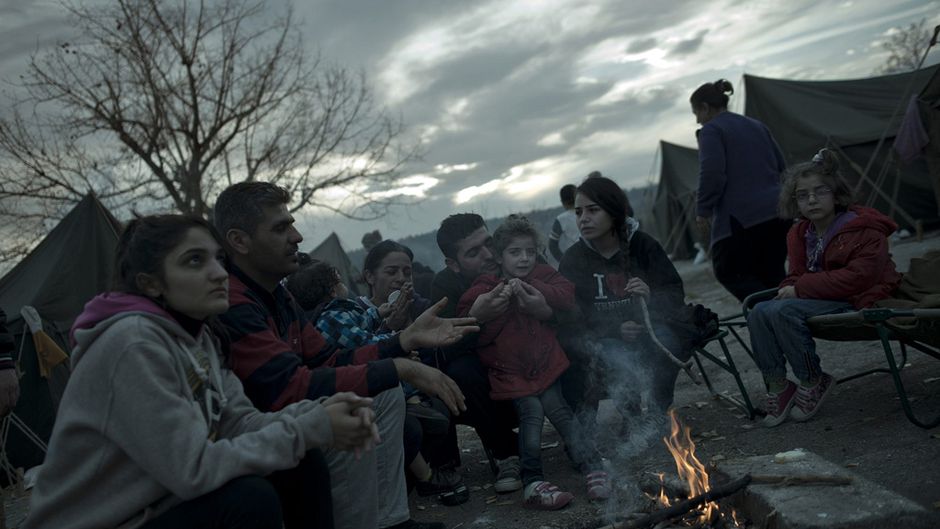 As the world’s spreading humanitarian crisis threatens to spill beyond the borders of Syria and Iraq into Libya and Yemen, the United Nations is already setting its sights on the first World Humanitarian Summit scheduled to take place in Istanbul next year.

“Let us make the response to the Syria crisis a launching pad for a new, truly global partnership for humanitarian response,” says Antonio Guterres, the UN high commissioner for refugees.

That partnership could come in Istanbul in May next year — even as the refugee crisis may worsen in the next 12 months.

The flow of some 12.2 million refugees from Syria alone is having a devastating impact on the economies and societies in five countries: Lebanon, Jordan, Iraq, Turkey and Egypt.

Putting it in the context of the Western world, Guterres told the international pledging conference for humanitarian aid to Syria, “The number of Syrian refugees registered in Lebanon would be equivalent to 22.5 million refugees coming to Germany and 88 million arriving in the United States.”

UN Secretary-General Ban Ki-moon pointedly said the Syrian people are “victims of the worst humanitarian crisis of our time” — with over 220,000 dead.

US Ambassador to the United Nations Samantha Power described the 8.4 billion-dollar target as “the largest in history, and 3.4 billion more than last year’s appeal.” 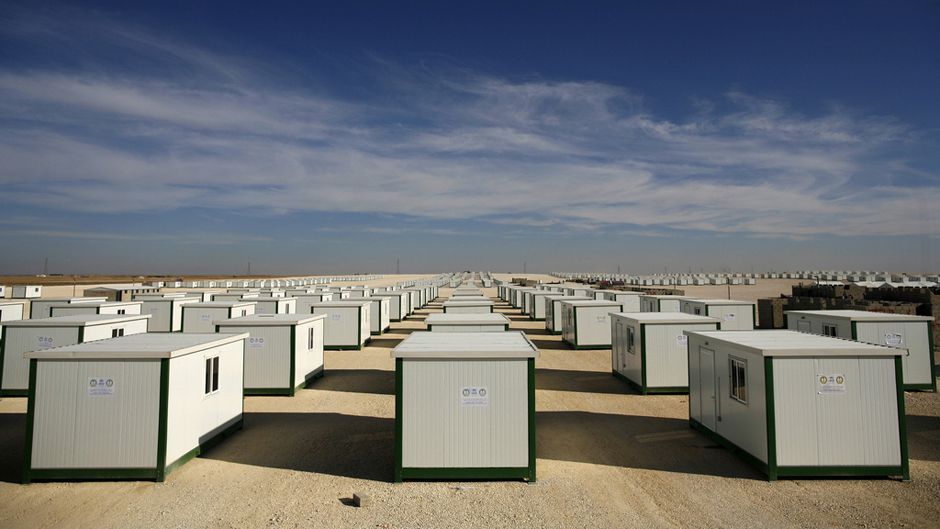 Za’atari camp was first opened on 28 July 2012 and has grown exponentially ever since. Currently, UNHCR says there are 83,496 people in the camp, 56% of whom are under 18 years old. UNHCR/ACNUR/B.Sokol. Creative Commons BY-NC-SA (cropped).

“Yet too many countries are giving the same amount, or even less than they have in the past,” she complained. “And as more people need help, we are reaching a smaller share of them.”

The three major donors at this year’s pledging conference were: the European Commission (EC) and its member states (with a contribution of nearly one billion dollars), the United States ($507 million) and Kuwait ($500 million).

Meanwhile, 48 hours after the donor conference pledged $3.8 billion for humanitarian aid, the United Nations said it would continue to appeal for additional funds to meet its targeted $8.4 billion by the end of 2015.

Amanda Pitt, chief, media relations and spokesperson for the UN Office for the Coordination of Humanitarian Affairs (OCHA) told IPS the requirements for the Syria crisis are $8.4 billion  for the whole of 2015 and for the whole crisis (including inside Syria, and efforts in the region).

“The Kuwait pledging conference was one event in the year’s fundraising efforts — which saw a number of donors generously pledge $3.8 billion,” she said.

But fundraising will continue throughout the year — as it does every year for all the humanitarian appeals, she added.

Responding to reports that the pledging conference had fallen short of its expectations, the United Nations said it didn’t expect the target of $8.4 billion to be met at the conference in Kuwait on Tuesday.

Farhan Haq, UN deputy spokesperson, told reporters, “One of the things we said in advance, we didn’t have any particular targets for this meeting.”

He said, “This meeting is one step of the process, and in fact, it’s extremely impressive that we got as much as $3.8 billion.”

“If you compare the figures for pledges this year compared to last, we’re actually doing really quite well,” he insisted.
“At the same time, of course, the needs have grown, and as the year progresses, we’re going to keep trying to get closer and closer to the 8.4 billion figure.”

So two things need to happen, he noted.

“First of all, we do need ultimately to go beyond the pledges that we receive today, so that we get to 8.4 billion, which is what we’ve estimated [are] the needs both within Syria and in the neighbouring countries.”

But second of all, he said, “We also have to, as always, make sure that these pledges are converted into actual cash and actual assistance on the ground, and we’ll start doing that right away.”

The rates of delivery of the last two pledging conferences in 2013 and 2014, both held in Kuwait, have been described as relatively good.

In January 2014, the second pledging conference in Kuwait raised $2.4 billion.

Ninety percent of those funds have since been disbursed to provide life-saving support for millions of families in Syria and the region, according to OCHA. 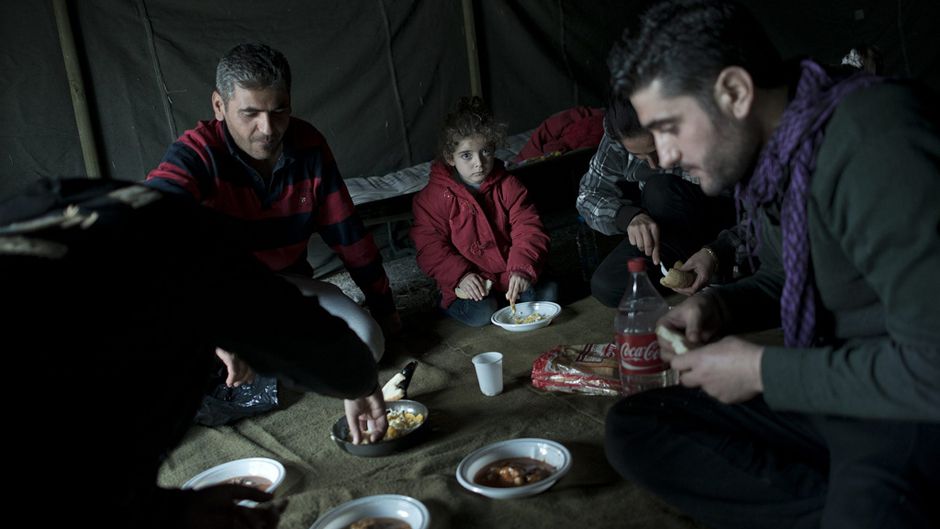 At Harmanli camp, a former military facility in southern Bulgaria, the first 450 asylum-seekers back in 2013 were housed in pre-fab cabins, but subsequent arrivals lived in tents designed for the summer, without hot water, winter shelter or adequate heating. There around 1,800 people living there now but conditions have improved. Photo: UNHCR/D. Kashavelov. Creative Commons BY-NC (cropped).

“While we cannot bring peace, this funding will help humanitarian organisations deliver life-saving food, water, shelter, health services and other relief to millions of people in urgent need,” she added.