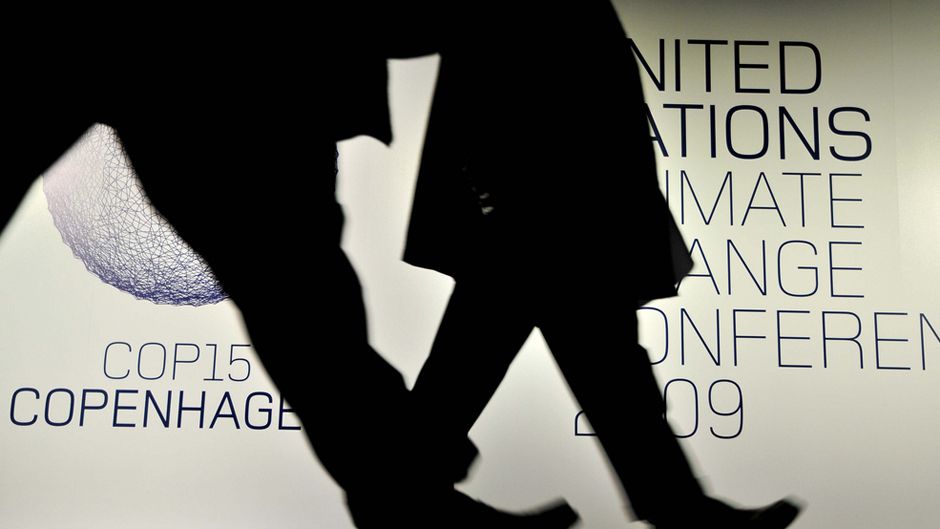 The nature of the climate change deal finally hammered out yesterday is a bitter disappointment to many, but if the world can acknowledge what went wrong at Copenhagen and learn from it, then we can still step back from the brink of disaster.

The Antarctic peninsula is a vast finger of land that protrudes into the Southern Ocean. It is as inhospitable a place as one can imagine; a land of ice and blizzard. Yet the peninsula is currently undergoing a remarkable transformation. Over the past six decades, temperatures there have jumped by a staggering 5ºC. Populations of one of the peninsula’s key inhabitants, the Adelie penguins, are plummeting as ice sheets crack and melt.

Now consider the other side of the planet. Sea ice cover in the Arctic is hovering at its lowest level for the time of year since records began. In a few decades, it will probably disappear completely during the summer months, say researchers. The consequences for wildlife, such as the polar bear, are perturbing.

Sandwiched in between is the rest of the planet, which is now afflicted, in every continent, by climate change driven by rising emissions of carbon dioxide and other greenhouse gases from factories, homes and cars.

This decade will be the warmest recorded in 160 years, say meteorologists. At the same time, rising sea levels are poisoning fresh water wells in Bangladesh, droughts are becoming longer and more frequent in east Africa, and coral reefs are dying as oceans absorb more and more carbon dioxide and become increasingly acidic.

Our world is changing and urgent action is needed to save it, which makes the feebleness of the climate change deal hammered out in Copenhagen yesterday such a bitter disappointment. The planet needed a blueprint for survival. What it got was a nebulous accord that falls desperately short on specifics. No binding limits on individual countries’ emissions were established, a criterion crucial for halting the current increase of carbon in the atmosphere. Nor was any deadline agreed for establishing such limits.

Instead, delegates merely stipulated that the world needs to keep future global temperature rises below 2ºC, a figure that scientists say will prevent the worst impacts of climate change. The exact mechanism for achieving this aspiration was left to future negotiations, however.

Not surprisingly, the limp language of the Copenhagen accord has gone down badly with many NGOs. “Half-hearted pledges to protect our planet from dangerous climate change are simply not sufficient to address a crisis that calls for completely new ways of collaboration across rich and poor countries,” said Kim Carstensen, leader of WWF’s global climate initiative.

Andy Atkins, executive director of Friends of the Earth, was equally enraged: “This toothless declaration condemns millions of the world’s poorest people to hunger, suffering and loss of life as climate change accelerates. We need a profound change of approach from the world’s wealthiest countries to secure a genuine strong and fair agreement.”

You get the message. Our leaders fluffed their chance to save the planet. The question is: was this their last chance? In other words, can something still be salvaged from the Copenhagen accord?

Most leaders, including Gordon Brown and Barack Obama, believe the answer is yes. As they point out, the accord — although failing to specify carbon emission cuts — does pledge a sum of $30 billion to provide short-term aid to help developing nations cope with the effects of climate change while also agreeing the goal of setting up a $100 billion-a-year fund by 2020 to address their longer-term needs.

These are significant commitments that have raised the hopes of a number of scientists and commentators. “I think there is reason to be optimistic — it’s the first time we’ve ever got the world to think about a single-number aspiration: that we should not cross more than two degrees of global warming,” said Chris Huntingford, of the Centre for Ecology and Hydrology. “I hope that will lead to some sort of legally binding agreement.”

Nicholas Stern, chair of the Grantham Research Institute on Climate Change and the Environment, has been equally confident: “The summit has generated, for the first time, commitments on emissions reductions from the world’s two largest emitters, China and the US, and they have acted for the first time to produce proposals for action. These two results represent an important breakthrough.”

These are fair points and suggest that all is not yet lost. However, we should be in no doubt about the challenges and the dangers that lie ahead. Should we fail to keep global temperature rises down to 2°C, and allow them to reach 3 or 4°C, we will inflict immense damage to ecosytems, farmland and weather systems.

Large chunks of the Amazon rainforest could burn down while deserts will spread across southern Africa, Australia and the western US. Methane and carbon dioxide, currently trapped in the frozen permafrost of the Arctic, will be released in vast quantities, triggering further jumps in global temperatures. Sea-level rises could reach 5 metres by the end of the century, submerging large parts of Bangladesh, the Netherlands and Florida. The consequences for humans, and animals, would be terrible.

But given that the Copenhagen accord includes only a vague commitment concerning the reduction of carbon emissions, how can we hope to curtail global warming? We are pumping around 47 billion tonnes of greenhouse gases, mostly carbon dioxide, into the atmosphere each year. If we are to avoid temperature rises of more than 2°C, emissions must peak and begin to decline by 2020 and then drop to around 35 billion by 2030 and 20 billion in 2050, say scientists.

Each year of inaction makes these targets more difficult to achieve, however. The more carbon that is pumped into the atmosphere this year,  the more stringent reductions will have to be in future years. We are piling up crises for future generations.

The cause is clearly urgent and it is crucial that lessons are learned from Copenhagen, a point stressed by Andrew Pendleton, senior fellow at the Institute for Public Policy Research.

“The cumbersome process and overloaded agenda meant failure was programmed into the system from the beginning,” he has pointed out. “Leaders came to Copenhagen to rewrite history and left having made a few notes in the margin.”

Clearly, a radical reframing of climate change policy needs to be adopted so that a proper deal can be struck at next year’s climate talks in Mexico. Stern has suggested that a group of 20 nations be set up now so that its representatives can work on a draft treaty, and develop a consensus about future deals among other nations.

Faced with an agenda stripped of crippling detail, our leaders will then be far more likely to agree to a formula that will allow us to tackle global warming. At the same time, individual nations and power blocs, such as the EU, need to announce their own binding carbon cut commitments and maintain the momentum of the Copenhagen talks.

In short, a deal to halt global warming can be done. We can step back from the brink if we acknowledge what went wrong in Copenhagen. Certainly, I am  disappointed in the outcome of this month’s summit but I am not despondent — for the moment.

Originally published on The Guardian on 20 December 2009.

Robin McKie is science and technology editor for the Observer.