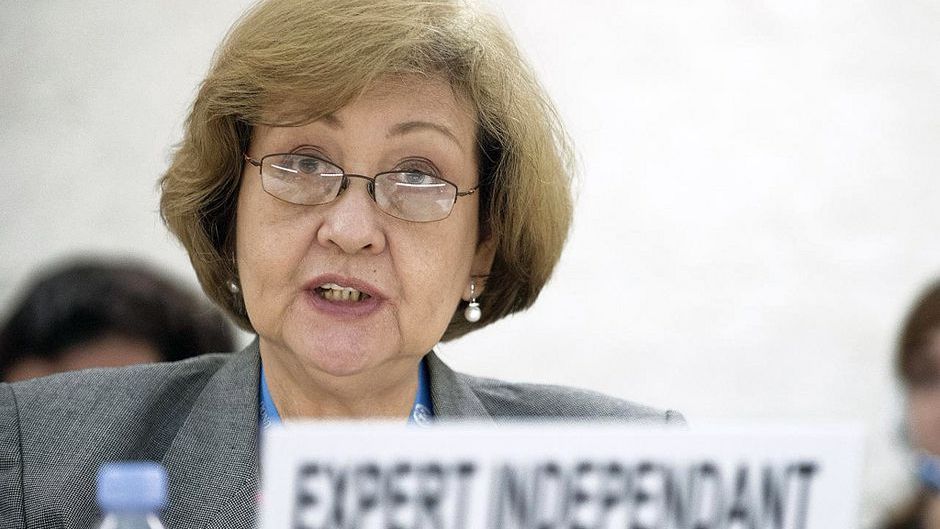 A United Nations independent expert today called on Governments at a conference in Warsaw, Poland, to make concrete funding commitments to tackle the effects of climate change.

“World leaders have a crucial opportunity in Warsaw to secure the foundations of a strong, fair and ambitious framework, which is essential to minimize the effects of climate change,” the Independent Expert on Human Rights and International Solidarity, Virginia Dandan, told negotiators from more than 190 countries taking part in the UN Climate Change Conference.

During the two-week Conference, which began on Monday, delegates are trying to reach agreement on a legally binding climate change treaty to be adopted by 2015 and enter force by 2020.

Ms. Dandan encouraged negotiators to ground their discussions in the principle of international solidarity and echoed calls for the talks not to become stalled over the issue of compensation for the effects of climate change.

“Time is too short and the consequences too great to risk these negotiations becoming caught in entrenched political positions and economic self-interest,” Ms. Dandan said.

“Warsaw is the moment for genuine collaboration among States to establish safeguards for minimizing the adverse effects of climate change on the basic human rights and fundamental freedoms of all peoples, especially those in the most vulnerable countries.”

The Independent Expert noted that the recent report by the Intergovernmental Panel on Climate Change (IPCC) highlighted the seriousness of climate change for every country, and stressed the need for bolder and more concrete action, especially with regard to implementing the Green Climate Fund, which was created to help developing nations protect themselves from climate impacts and build their own sustainable futures.

“But for such breakthroughs to occur, leaders must commit to working together in genuine and deep solidarity,” she said.

“I call on our leaders to build on the benchmarks for decisive action they have set in the post-2015 development agenda, committing in September to a universal, transformative approach grounded in human rights. Similar vision and action by Governments must prevail in Warsaw to set the path for the global community on climate change towards 2020 and beyond.”