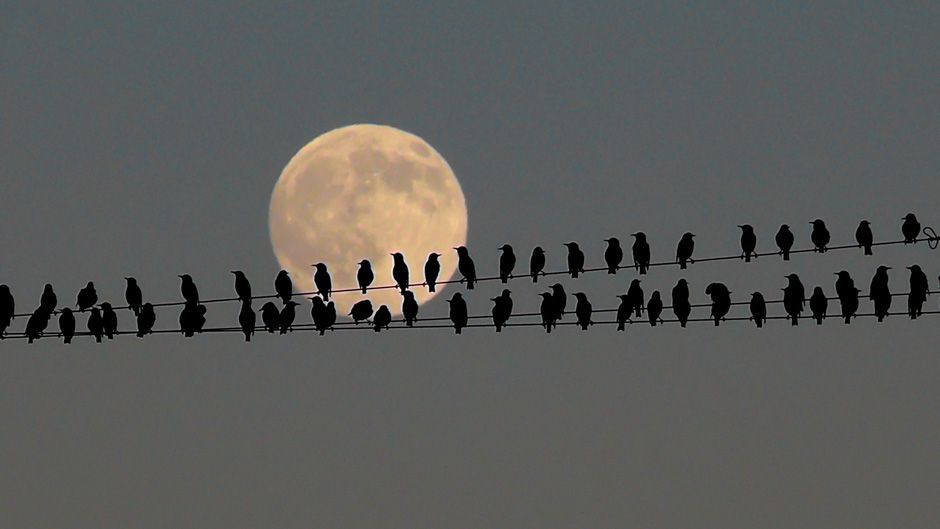 Author Frances Moore Lappe believes solutions to today’s global crises are within reach. Moore Lappe has written for decades on food scarcity and inequity, coming to fame in the 1970s with Diet for a Small Planet. In her most recent book, “EcoMind: Changing the Way We Think to Create the World We Want”, she draws on research in climate, anthropology and neuroscience, and explains what is keeping us from tackling what is ailing the planet. Below she talks to her interviewer (Mark Karlin of Truthout) about how we can free ourselves from the “thought-traps” to find ways of thinking that are in sync with human nature and nature’s rhythms.

Mark Karlin: At a time when there is such gloom about our global warming and pollution crisis, why are you optimistic about unleashing the capacity of the “EcoMind”?

Frances Moore Lappé: Mark, I’m neither an optimist nor a pessimist. I am a dyed-in-the-wool possibilist! By this, I mean with an eco-mind, we see that everything’s connected and change is the only constant. From there, something shifts for me. I can see that we’re all actually co-creating our future moment to moment — which feels like endless possibility. One of my Buddhist buddies distrusts the idea of “hope” because it can distract from the present moment. I get that. But for me hope isn’t wishful thinking or blind faith about the future. It’s a stance toward life — one of curiosity and humility. With an eco-mind, we get ready for surprises, for we realize it’s just not possible to know what’s possible. How freeing. That’s the hope I hope “EcoMind” helps to unleash in the world.

Mark Karlin: You have a section in your first chapter: “So why are we moving backward?” Can you summarize that? Aren’t mobilizations such as the one taken against the Keystone XL Pipeline moving forward?

Frances Moore Lappé: When I say “backward”, I am talking about global trend lines of ecological disruption and human suffering. Yes, there are many positive mobilizations, but what’s been pushing me along all these years is the big “why”: why are we together creating this downward spin, a world that, individually, not one of us would ever choose? Gradually, I came to see there’s only one thing powerful enough to explain it: the power of ideas.

We see the world through a “mental map” — our core assumptions about how the world works. If our mental map is life serving, we’re fine, but I argue in “EcoMind” that, unfortunately, the prevailing mental map is not just badly, but perversely, aligned both with human nature and wider nature. So, it brings out the worst instead of the best in humans, while it disrupts instead of enhances natural regeneration.

Thank God, we now know that humans can shift our mental map, but sometimes it takes a big jolt. In giant storms, when trees topple, sometimes we can see the roots for the first time. Maybe we’re in such a storm.

So, yes, Mark, absolutely, mobilizations such as against Keystone XL move us forward. They stir our courage. But I also believe that to reverse the wider downward spin, we can name the deeper roots — like the rise of “privately held government”. And we can reduce the fear that’s blocking people by spreading stories of the positive shift that’s already underway.

Mark Karlin: You identify seven “thought-traps” that are keeping us mired down in efforts to resolve our planetary crisis. How are these traps hobbling us from reaching solutions?

Frances Moore Lappé: Some “thought traps” can feel like no-brainers, like “We’ve hit the limits”, or, “Since growth is killing our planet, we must adopt no-growth economies”. I call them traps because they can defeat us by evoking fear, when psychologists tell us that fear actually makes most people more materialistic and self-centred. Just as troubling, they bless what we’re doing now with a term — growth — most of us experience as positive. Don’t we want our children, our plants and our love to grow? And the opposite of “growing” is shriveling and dying — not very appealing.

Plus, frames of “growth vs. no growth” and “We’ve hit the limits” keep us in a quantitative mindset: Our problem is just too much. This diagnosis doesn’t get us asking why. We just assume we know — it’s those selfish little shoppers multiplying worldwide. But once we shift from quantities, with an eco-mind, we start to see the relationships that generate waste and destruction from plenty.

And we get curious: Why would our bright species actually create scarcity? That takes us right to the center of the dominant mental map: lack. I call it the ScarcityMind because it presumes lack of just about everything — lack of goods and goodness. From there, we distrust ourselves and feel we have to give over our power to those “up there” and to a magical market that works on its own without us.

Mark Karlin: What is a “living democracy” as compared to a passive democracy, and how does it help make positive change for those of us sharing planet Earth?

Frances Moore Lappé: Living democracy isn’t a set system, finished and done; it’s a set of system values that permeate every dimension of life. Values of inclusion, fairness and mutual accountability work from schools to workplaces. And if all this sounds dreamy, remember, it’s beginning to happen. But we can’t truly create what we can’t imagine, so let’s name and spread stories of the emergent living democracy. That’s what I try to do in “EcoMind.”

The failing notion of democracy we’ve grown up with — something done to us or for us — can’t work. Living democracy does work because it’s aligned with human nature. Recent breakthroughs in science show we have just the capacities we need to face our planet’s challenges. We’re “soft-wired” for cooperation, empathy, fairness, along with a deep need to “make a dent,” as social philosopher Erich Fromm put it. My hunch is that one reason depression is a global pandemic is that the dominant mental map denies so many of us expression of these deep needs and capacities.

With an eco-mind, it becomes obvious that, as with any other organism in nature, whether qualities get expressed depends hugely on context. So, living democracy creates the context — the rules and norms — proven to elicit these positive qualities and to keep in check our equally obvious capacities for cruelty. At least three conditions seem pretty sure to elicit the worst: concentration of power, secrecy (the slogan of Wall Street insiders creating toxic derivatives was IBG, YBG — I’ll be gone; you’ll be gone — they knew they could escape unseen), plus a culture of blame. If I’m right, it’s clear what we do: Step up to create the opposite conditions — the continuous dispersion of power, transparency and mutual accountability in human relations. That’s living democracy.

Mark Karlin: In “Thought Trap 6,” you discuss the importance of reconnecting to nature.  How can urbanized Americans accomplish that?

Frances Moore Lappé: Mark, this is already happening, too! Our innate connection with nature turns out to run so deep that just having a picture of nature near a hospital patient’s bed helps in healing. Community gardens in the US have jumped from only a handful in 1970 to 18,000 today. Farmers’ markets, the direct exchange between farmer and eater, were so rare before the mid-90s that the USDA didn’t even bother to track them. But today, more than 7,000 dot the country, a more than fourfold increase in 17 years. Forty years ago most school yards were cracked asphalt. Today, in California alone, 3,000 ‘edible’ schoolyards are blooming, connecting young people to where their food comes from.

In all these ways and so many more, we are reconnecting.

Mark Karlin: When discussing the need for “care of the commons”, you state, “As long as we think of freedom as the absence of rules, we can’t know freedom”.  Can you respond to the current antiregulatory tidal wave in America regarding your belief?

Frances Moore Lappé: In our culture, freedom typically means, “Get out of my way!” To love standing on one’s own with unlimited choice — that’s what’s supposed to define freedom, right?

But wait. Isn’t it widely accepted that little kids need rules to feel safe and loved? Maybe it’s also true for the rest of us. For me, it’s unboundedness — having endless choice — that makes me a little nuts. Rules and boundaries offer meaning and a sense of purpose and connectedness to others — think of the Ten Commandments or the Bill of Rights or wedding vows. Or, more concretely, we couldn’t enjoy the freedom of driving if there weren’t rules of the road, or of eating, if there weren’t food safety rules. Really, every sort of human activity — from bed-making to baseball-playing — involves rules.

We can also celebrate that, unlike many human-made rules open to endless debate, nature offers us nonarbitrary, infallible guidelines. Could we see that certainty not as a restriction, but as a relief?

And we can ask, what rules do people love? Those that make sense to us because we can see how they serve us, and those we feel respect us because the rule-makers are listening to us. One example is a simple legal framework, first used in Germany. It encourages households to install renewable energy because they’re guaranteed a price for the energy they produce that’s high enough to recoup their investments. It is simple, makes sense, and it’s spreading like wildfire now in 60 countries, provinces and cities. This one “rule” is a big reason why 40 percent of German electricity will be from renewables by the end of the decade.

Mark Karlin: Larger institutions — whether corporations or financial — control much of the context of our culture in the West. It can be argued, as Naomi Klein does, that they have “branded” us economically. What do you counsel a progressive who has liberal social beliefs but economically is driven by the branded consumer culture?

Frances Moore Lappé: Any notion that corporations have the global economy in total lockdown is disempowering and untrue. Because it is true that a handful of companies control global media, most of us don’t know that worldwide, for example, there are likely more members of cooperatives than owners of shares in publicly traded companies, and cooperatives provide more jobs. Or, that most of the world’s food is still grown by small farmers. Or that, even in the US, companies with fewer than 500 workers generate roughly half of the gross domestic product that’s private and not from farming.

Freedom (there’s that word again!) comes when we realize that we can choose. We can use our power to avoid the mega-corporations and banks. The recent “move your money” shift to community banks and credit unions is a great example. In Massachusetts, our state treasurer is moving $300 million in public funds to community banks. Why not press all state treasurers to follow suit?

Corporate power that matters most is its grip on our political process, creating privately held government. But I sense that now, like never before, is the moment a movement could take off — energized by the courage of the Occupy movement — to get money out of politics and our voices in. Over 80 percent of Americans believe that corporations have too much power in Washington. So, the energy is transpartisan.

Mark Karlin: How does one argue to working-class Americans barely surviving economically that positive change for the planet is good for them?

This interview originally appeared on Truthout.

Creating an Ecology of Hope by Mark Karlin is licensed under a Creative Commons Attribution-NonCommercial-ShareAlike 3.0 Unported License.

Mark Karlin is Managing Editor of Buzzflash on Truthout, a 501(c)3 nonprofit organization dedicated to providing independent news and commentary on a daily basis.