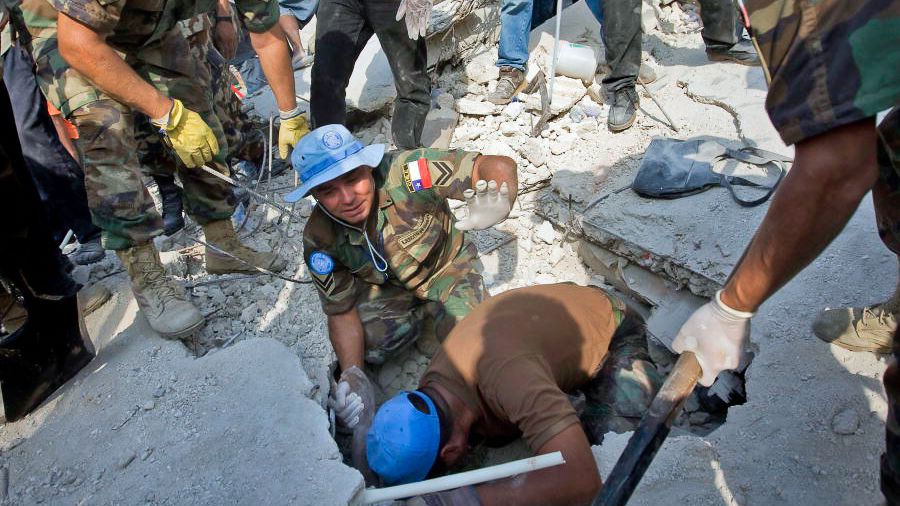 To those working in the financial markets, the term ‘securitization’ refers to the financial practice of pooling various types of debt, such as residential mortgages, and repackaging them as products like bonds, etc. And you can bet that most of the 2.5 million pages one gets if one searches for this term on the web probably relate to complex financial markets.

Yet the use of the term security is not limited to the financial markets and it appears that the United Nations system and the international community seem to be caught up in its own securitization trend. At the April 2011 65th General Assembly of the United Nations, the General Assembly held an informal debate on the human security concept and why it is important to the UN and the international community.

At this meeting, UN Deputy-Secretary-General Asha-Rose Migiro argued that “in a world where threats could be as sudden and unpredictable as a tsunami or as protracted and unyielding as an oppressive dictatorship, an expanded paradigm of security was needed to encompass the broad range of conditions threatening people’s survival, livelihoods and dignity”.

In light of the recent triple disaster in Japan and this year’s uprisings in the Arab World, Migiro stated that “natural disasters and entrenched poverty to outbreaks of conflict and the spread of disease, the dramatic events of recent weeks had underscored the vulnerability of developed and developing countries alike”.

Her views reflect a trend since the 2005 World Summit, where leaders agreed that human security concerned both “freedom from fear” and “freedom from want”, and the definition of human security expanded beyond the traditional military-political paradigm of security to be inclusive of social, energy and environmental issues.

In fact, a wide range of UN institutions have been active promoting their respective security work; the United Nations Environment Programme (UNEP) in relation to environmental security; the Food and Agricultural Organization in relation to food security; and the United Nations Development Programme/UN Trust Fund for Human Security, among others. (Similarly, the International Energy Agency, founded in response to the 1973/74 oil shocks, today plays an increasingly important role in advising its member countries on energy security.)

It’s hard to disagree with the expanded definition of security to include a wide range of social, environmental, and human development issues. But toward what ends? What will this diverse focus ultimately lead to?

Perhaps I am being overly pessimistic and need to be more patient for these various security issues to develop as possible policy solutions. However, experience with the term sustainable development offers a good illustration of what happens when vague concepts rather than real solutions starts the drive the institutional machinery of global governance.

It seems like at times we’re replacing solutions with metaphors or frames to discuss social, environmental, and human development global concerns. The emerging security narrative feels as if we’re waiting for some military quick fixes; as if there is some Special Forces unit that can be called upon to get rid of the climate-induced migration problem in the same manner as a special US Navy Seal team was dispatched to deal with Osama Bin Laden.

Unfortunately, there is a real possibility that these UN programs and initiatives (however worthwhile they may be) on energy security, food security, environmental security, climate security, and human security will attempt to deal with all of these issues at the same time and at the end, risk dealing with none. One thing is certain: more international conferences will be planned on security issues even if it is unclear what real benefits this will provide to the most vulnerable members of the international community, whom this securitization trend is designed to help.

What do you think? Will the securitization of all threats to human life make a difference to ‘at risk’ communities across the globe? Or are we just getting caught up in language and not solutions?