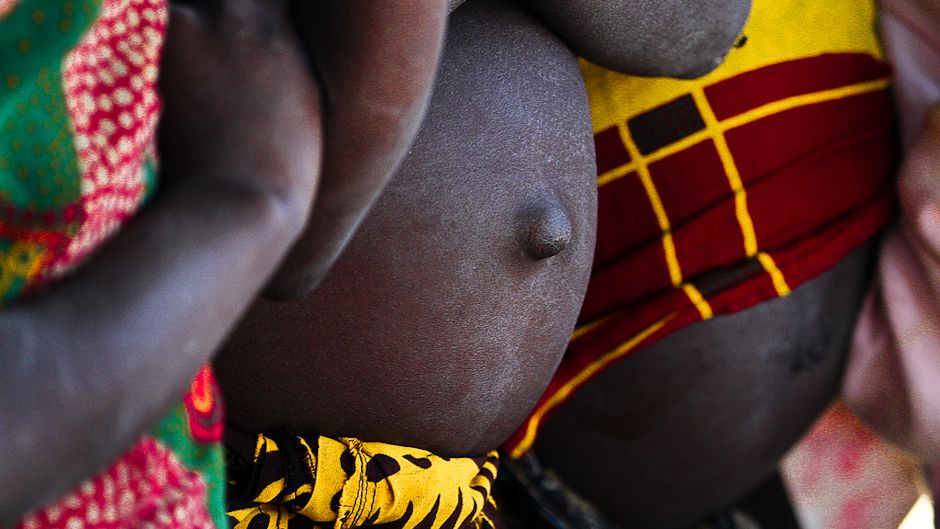 A massive drought, as if out of nowhere, has settled over the Horn of Africa and the people fleeing to the camps are said to be “climate”, “drought” or “environmental” refugees. The land, we are told by the international agencies rushing relief to the region, can no longer support its people.

Fifty or so years ago, the region had regular 10-year climatic cycles which were mostly followed by a major drought, and now the droughts are coming more frequently and are lasting longer. In the 1970s, say the pastoralists – the nomadic herders who move their cattle ceaselessly across the region in search of pasture – they started having droughts every seven years; in the 1980s they came about every five years and in the 1990s every two or three. Since 2000 there have been three major droughts and several dry spells, this one being not the worst, just the latest. “There is no doubt that it is hotter and drier now,” said Leina Mpoke, a Maasai vet I met working on the Kenya-Ethiopia border that is now on the frontline of disaster.

There is also no doubt that climate change will make these areas of Africa harder to live in in future. But to pin this crisis on drought or climate change is wrong. This is an entirely predictable, traditional, man-made disaster, with little new about it except the numbers of people on the move and perhaps the numbers of children dying near the cameras. The 10 million people who the governments warn are at risk of famine this year are the same 10 million who have clung on in the region through the last four droughts and were mostly being kept alive by feeding programmes.

The fleeing Somalis seen on TV are the same people the UN warned about in 2008 when it said that one in six were at risk of starvation. Josette Sheeran, head of the UN’s world food programme, appealed for $300m emergency aid this week – just as she did in 2008 when she told of “a silent tsunami [of hunger] gathering”. And the same governments who were slow to respond to the emergency then are the ones who have been unwilling to help now.

Nor was the crisis unexpected. The rains failed early this year in Kenya and Ethiopia, and there has been next to none for two years now in Somalia. Aid agencies and governments have known for almost a year that food would run out by now. But it is only now, when the children begin to die and the cattle have been sold or died that the global humanitarian machine has moved in, with its TV shows, co-ordinated appeals and celebrities. Why did it not go earlier? Because it takes months to prepare properly for a disaster.

Just as in 2008, the war in Somalia is primarily responsible for the worst that is happening. As Simon Levine of the Overseas Development Institute says: “Wars don’t kill many people directly but can kill millions through the way they render them totally vulnerable to the kinds of problems they should be able to cope with.” In this case, he says, people have lost all their assets and can’t access grazing grounds they need. But remember too, that Somalia has been made a war zone by the US-led “war on terror”. It’s our fault as much as anyone’s.

But another, more insidious war has also been taking place across the region. This one is being waged by governments and businesses against the pastoralists. Over the years, they have been steadily marginalised and discriminated against by Ugandan, Kenyan and Ethiopian governments, and now they are further jeopardised by large-scale farming, the expansion of national parks, and game reserves and conservation.

A declining way of life?

For the politicians in Lusaka, Nairobi or Addis, the lifestyle of these people seems archaic and outmoded. They are said to be outside mainstream national development, and to be pursuing a way of life that is in crisis and decline. So the politicians think little of taking away their dry season grazing grounds or blocking their traditional routes to pasture land. However, as seen in major international studies, the pastoralists produce more and better quality meat and generate more cash per hectare than “modern” Australian and US ranches.

Instead of starving the region’s people of funds and then picking up the pieces in the bad years – as governments must do now – Britain, the EU, the US and Japan must help people adapt to the hotter, drier conditions they face. With better pumps and boreholes, better vaccination of cattle, help with education, food storage and transport, people can live well again.

This emergency will cost the west around $400m. If this money was put into long-term development instead of emergency aid and feeding programmes that keep people just above starvation, this tragedy could have been avoided. Instead, the world is almost certain to be here again in one or two years’ time. Next time, though, there will be no excuses.

This article was originally published on guardian.co.uk on Thursday 21 July 2011.