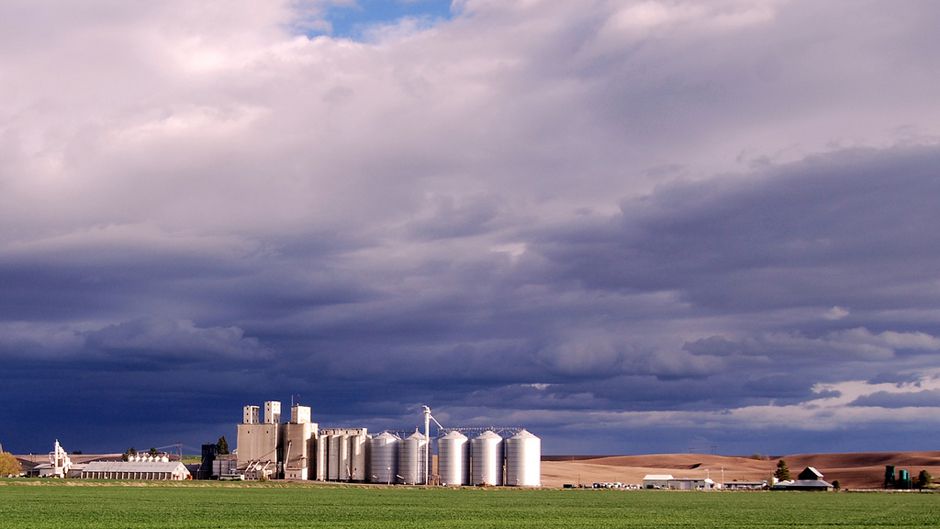 World Bank President Robert Zoellick recently listed measures that the G20 should adopt to prepare us to confront food crises, now and in the future. Although welcome, these measures tackle only the symptoms of the global food system’s weaknesses, leaving the root causes of crises untouched. They may mitigate the consequences of peak prices, but they are inadequate for avoiding the recurrence of shocks. This can be accomplished if the G20 acts on eight priorities.

The G20 should support countries’ ability to feed themselves. Since the early 1990s, many poor countries’ food bills have soared five- or six-fold, owing not only to population growth, but also to their focus on export-led agriculture. A lack of investment in agriculture that feeds local communities makes these countries vulnerable to international price shocks, as well as to exchange-rate volatility. Mozambique, for example, imports 60% of its wheat consumption, and Egypt imports 50% of its food supplies.

Rising prices directly affect these countries’ ability to feed themselves at an acceptable cost. This trend must be reversed by allowing developing countries to support their farmers and, where domestic supply is sufficient, protect them from dumping by foreign producers.

Food reserves should be established, not only for humanitarian supplies in disaster-prone, infrastructure-poor areas, but also as a means to support stable revenues for agricultural producers and ensure affordable food for the poor. If managed in ways that are transparent and participatory, and if countries combine their efforts regionally, food reserves can be an effective way to boost sellers’ market power and counteract speculation by traders, thereby limiting price volatility.

Financial speculation should be limited. While not a cause of price volatility, speculation on derivatives of essential food commodities significantly worsens it. Such speculation was enabled by massive deregulation of commodities-derivative markets that began in 2000 – and that now must be reversed. The major economies should ensure that such derivatives are restricted as far as possible to qualified and knowledgeable investors who trade on the basis of expectations regarding market fundamentals, rather than mainly or only for short-term speculative gain.

[quote quote=”The transition to sustainable agriculture must be completed. Weather-related events are a major cause of price volatility on agricultural markets.” type=”text” ]

Many cash-strapped developing countries fear that social safety nets, once put in place, may become fiscally unsustainable, owing to a sudden loss of export revenue, poor harvests, or sharp increases in prices for food imports. The international community can help overcome this reticence by establishing a global reinsurance mechanism. If premiums were paid in part by the country seeking insurance and matched by donor contributions, countries would have a powerful incentive to implement robust social-protection programmes.

Farmers’ organizations need support. One major reason why the majority of the hungry are among those who depend on small-scale farming is that they are insufficiently organized. By forming cooperatives, they can move up the value chain into the processing, packaging, and marketing of their produce. They can improve their bargaining position, both for input purchases and for the sale of their crops. And they can become an important political constituency, so that decisions made about them are not made without them.

We must protect access to land. Each year an area greater than France’s farmland is ceded to foreign investors or governments. This land grab, which is occurring mostly in sub-Saharan Africa, constitutes a major threat to the future food security of the populations concerned. Whatever gains in agricultural production result from these investments will benefit foreign markets, not local communities. The G-20 could call for a moratorium on these large-scale investments until an agreement on appropriate ground rules is reached.

The transition to sustainable agriculture must be completed. Weather-related events are a major cause of price volatility on agricultural markets. In the future, climate change can be expected to cause more supply shocks. And agriculture is also a major culprit in climate change, responsible for 33% of all greenhouse gas emissions if deforestation for cultivation and pastures is included in the tally. We need agricultural systems that are more resilient to climate change, and that can contribute to mitigating it. Agro-ecology points to solutions, but strong support from governments is needed to scale up existing best practices.

Finally, we need to defend the human right to food. People are hungry not because too little food is being produced, but because their rights are violated with impunity. Victims of hunger must be allowed to access remedies when their authorities fail to take effective measures against food insecurity. Governments must guarantee a living wage, adequate health care, and safe conditions for the world’s 450 million agricultural workers by enforcing the conventions on labour rights in rural areas, subject to independent monitoring.

Hunger is a political question, not just a technical problem. We need markets, of course, but we also need a vision for the future that goes beyond short-term fixes. The global food system will always need firefighters. But what we need more urgently are architects to design a more fire-resistant system.

This article appears courtesy of Making It Magazine.

Olivier De Schutter was appointed the UN Special Rapporteur on the Right to Food in March 2008 by the United Nations Human Rights Council. He is independent from any government or organization, and he reports to the Human Rights Council and to the UN General Assembly.