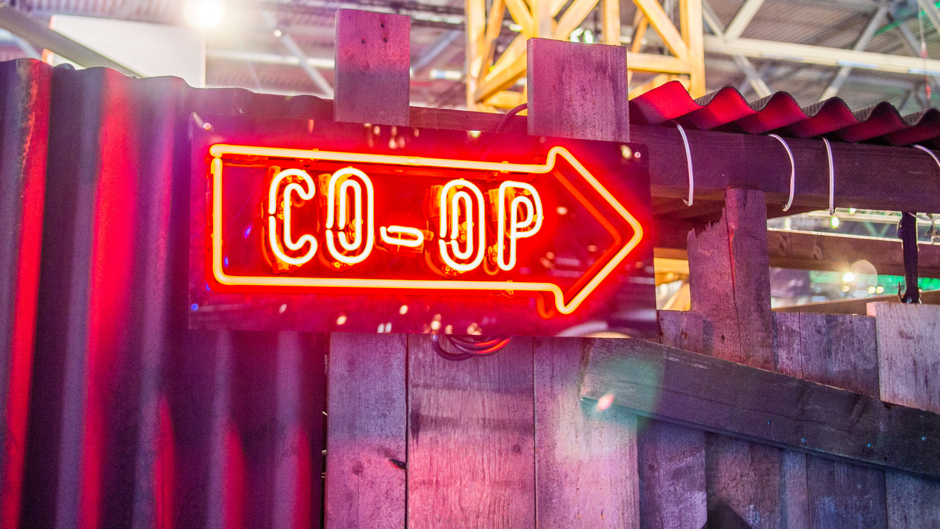 In case you are tempted to shrug International Day of Cooperatives off as simply some kind of feel-good ‘world day’, lately, cooperatives are springing up in all sorts of places. While some countries have long been more cooperative than others, worldwide membership hit one billion in 2012. The growing popularity has a lot to do with global knowledge on resource, environmental and social/economic inequality problems, and dovetailing with that, this year’s United Nations theme is “Cooperative enterprises achieve sustainable development for all.”

If the concept of cooperatives (or co-op) is a little bit fuzzy to you, let’s review. The organizational and ideological roots of co-ops are quite varied but a co-op is essentially defined as an “autonomous association of persons who voluntarily cooperate for their mutual social, economic, and cultural benefit”. This can be a non-profit community organization, or it can be things like:

If you are interested in knowing more, the history and variety are quite fascinating and please dig in to the other articles in our feature section.

Meanwhile, here are some examples of recent cooperative news from around the globe.

South Africa’s North West province last week pledged to allocate all state-owned farms in the province to community and youth cooperatives. In his state of the province address on Friday, Premier Supra Mahumapelo said: “Government will provide seeds and implements, and ensure that state hospitals procure all their required supplies from these cooperatives”. This will entail a longish-term roll-out but it is an interesting initiative worth keeping an eye on.

Another African example of re-prioritization is Nigeria. Last week the Lagos state government revalidated over 3,000 registered Cooperative Societies in the state and encouraged those not registered to do so. Said the Commissioner for Agriculture and Cooperatives: “The present administration has continuously used cooperatives to deliver its developmental programmes like the agricultural micro-credit scheme, distribution of improved seedlings and inputs to cassava farmers, rice farmers, coconut farmers, fisher folks…”

Over in Europe, in an area very apropos to the theme of sustainable development, European Commission and energy experts met in Brussels last week for EU Sustainable Energy Week. As its conflict with its largest natural gas supplier, Russia, continued to look strained over Ukraine, energy dependence has moved to the top of the bloc’s agenda. At the summit, officials looked to a Belgian renewable energy cooperative as an example for the EU, reports EurActive. Ecopower, partially funded by the EU, has been stimulating citizen investment in renewable energy, allowing anyone to buy shares and become a member of a project. The co-op had almost 37,000 members, owns 11 wind turbines, three hydropower installations, one biomass installation and 270 solar panel installations. It is one of more than 2400 renewable energy cooperatives, REScoops, dotted around Europe.

Across the Atlantic, the United States has been seeing an emerging “People before Profit” movement and worker-owned cooperatives are taking root. Some prominent ones are experimenting with innovative models of job creation, wealth building and sustainability, using local people (often coming from the the country’s large contingent of unemployed). Our World has previously featured the work of writer and political economist (and co-founder of The Democracy Collaborative) Gar Alperovitz who believes cooperatives can offer a viable alternative to capitalism that would completely transform the country’s economy and his work is very much recommended for those interested in this topic. And examples are beginning to bear this out, such as a popular food company with 600-plus employees in the state of Michigan. Zingerman’s currently functions without a traditional business hierarchy, emphasizing instead collective decision-making, and the company is planning on becoming a worker cooperative within the next few years. The unorthodox strategy has worked well and the company is reportedly on track to make $50 million this fiscal year.

This last example bears out what a Worldwatch Institute study found — and what may be counter to what a lot of those unfamiliar with the model might believe, so, spread the word — unlike more conventional businesses, many co-ops do not struggle financially, because of their emphasis on democratic governance. In 2008, the Worldwatch report found that the world’s 300 largest co-ops generated revenues of more than US$1.6 trillion.

On that note, entrepreneurs may want to click on over to our next story today: How To Convert a Business into a Worker-owned Cooperative.

Happy Day of Cooperatives by Carol Smith is licensed under a Creative Commons Attribution-NonCommercial-ShareAlike 4.0 International License.