Here’s a Way to Pay for a Healthier Planet 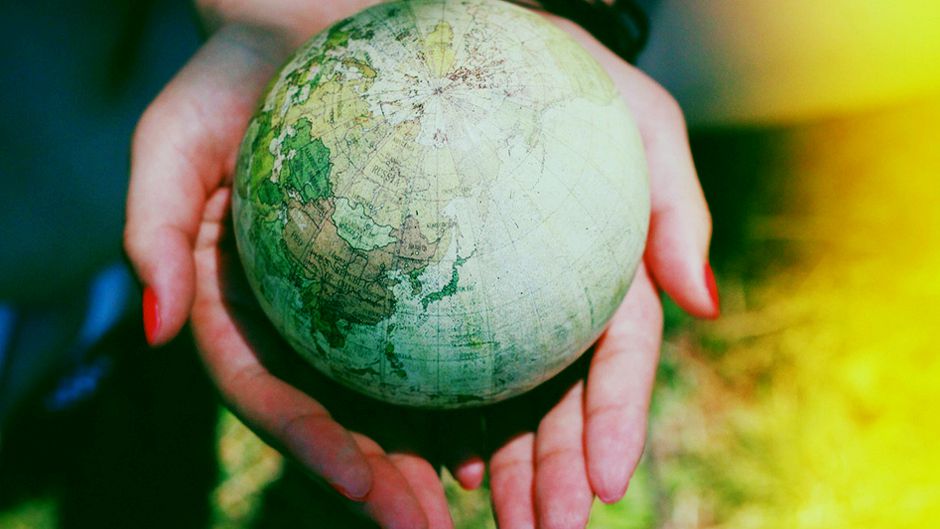 A few years ago, the Mexican government pinpointed a promising method for reducing carbon dioxide emissions: Encourage Mexicans to trade in their old refrigerators, air conditioners, light bulbs and the like for more up-to-date models. After all, about 80 percent of the country’s energy comes from fossil fuels, and household appliances account for about a quarter of its electricity use. But how to pay for the program, while making it affordable for poor households?

The answer: A financing mechanism called a green bond. After implementing this new strategy for funding environmentally friendly investments, the Mexican initiative is on track to reduce CO2 emissions by more than 1 million tons a year for the foreseeable future — the equivalent of cutting the carbon emissions of 217,000 cars annually, according to green bond pioneer World Bank, which issued the instrument.

In fact, the project is just one of scores of efforts around the world aimed at reducing carbon emissions or helping communities adapt to climate change — initiatives that are being paid for, at least partially, by this new type of financing. By year end, experts expect the total amount invested in such bonds to hit $40 billion, up from just $2 billion in 2012.

Adopting environmentally friendly technologies and techniques, from wind and solar installation to watershed management, is costly — very costly. According to the International Energy Agency, we need to invest at least an additional $1 trillion per year just into clean energy projects worldwide by 2050 to ensure that global warming is limited to 2 degrees Celsius, avoiding the most catastrophic effects of climate change.

“The focus is on allowing us to transition to a low-carbon economy — and to do it quickly,” says Sean Kidney, CEO and co-founder of the Climate Bonds Initiative, a London-based nonprofit.

Tapping a long-established financing mechanism — bonds — is a way to boost the chances investors, from pension funds to asset managers, will get involved. “Investors like vehicles they’re comfortable with,” says Lubber. “If we tried something completely new, it would be harder.”

Projects funded by green bonds are located throughout the world and focus on a variety of goals, from increasing the resiliency of water systems to boosting energy efficiency.The first issuers were development banks, such as the World Bank and the European Bank for Reconstruction and Development, which got the ball rolling in 2007. More recently, a flood of banks, utilities and government agencies, among others, have started issuing green bonds. While the bonds can be used for any environmentally friendly effort — think cleaning up a polluted river — many are aimed at addressing the impacts of climate change. Some are issued for specific projects. Others, called “ring fencing,” set aside money for green initiatives without specifying the program; the proceeds are invested only in eligible green projects.

Projects funded by green bonds are located throughout the world and focus on a variety of goals, from increasing the resiliency of water systems to boosting energy efficiency. In addition to the Mexican government’s appliance trade-in program, for example, World Bank-issued bonds are helping to support efforts in Tunisia to develop better irrigation systems to save water and a program in Montenegro to upgrade windows, lighting and insulation in public schools and hospitals, among other projects.

The push for standards

Still, like any market in its infancy, green bonds face a host of stumbling blocks. One is the risk posed by changing government policies. “These projects can be complex,” says Nicholas Pfaff, a director of market practice and regulatory policy at the International Capital Market Association in London. Pfaff offers the following example: Say the financing for a project to develop solar panel farms in southern Europe is based on a specific tariff level. But then a new government comes into office and overhauls the rate, in the process decimating the underpinnings of the effort’s financing assumptions. The solution, according to Pfaff, is to guarantee that, if a particular project were to become untenable, then an equivalent project would be substituted.

Advocates say such standards are essential for boosting investor confidence and for continued growth of the market.

More important, as the number of players in the green bond market has increased, so has the need for standardization. For example, no systematic set of criteria exists for defining just what a green bond is and how to measure its environmental effectiveness. And there isn’t a set mechanism for third party credit quality verification.

Advocates say such standards are essential for boosting investor confidence and for continued growth of the market. Without them there’s the risk of issuers using the green label as nothing more than a marketing ploy. “The market would lose credibility very quickly in that case,” says Michael Wilkins, managing director in the London-based Infrastructure Finance Ratings group of Standard & Poor’s Ratings Services.

In January 2014 a group of leading banks took preliminary steps to create standardization in the market by issuing something called Green Bond Principles. These voluntary guidelines, formed by a consortium of banks including JP Morgan Chase, Citi, Bank of America, Merrill Lynch and Crédit Agricole Corporate and Investment Bank, include such matters as reporting requirements and the use and management of bond proceeds. Thirteen banks subscribed to the principles soon after they were established; today at least 55 organizations have signed on, and a group of 18 institutions is working on refining the principles. That update should be ready by the first quarter of next year, according to Pfaff.

That can only be good news for the future of green bonds. Says Ceres’ Lubber: “As standards get stronger, we’ll see more growth in the market.”

Here’s a Way to Pay for a Healthier Planet by Anne Field is licensed under a Creative Commons Attribution-NoDerivatives 4.0 International License.

Anne Field is an award-winning journalist who specializes in entrepreneurship, small business and social enterprise. She has contributed to such web sites and publications as the New York Times, Bloomberg Businessweek and Crain’s New York Business. Her blog about for profit social enterprise, Not Only for Profit, appears in Forbes.