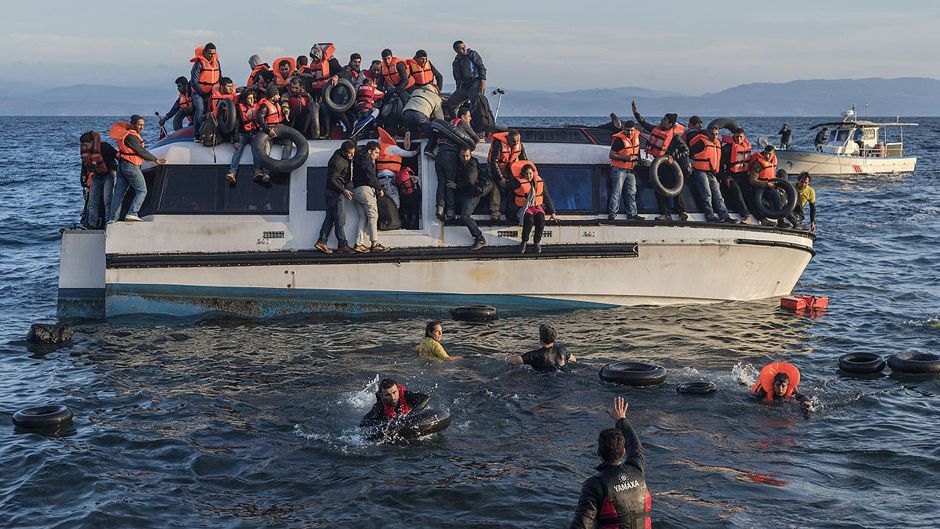 War, economic destitution and discrimination in their homelands are driving an increasing number of migrants and refugees to come to Europe. Representing only a fragment of the undocumented migrants entering Europe, people arriving by boat via the Mediterranean have attracted much media and policy attention. Though it is difficult to collect data on undocumented migration — which refers to movement that takes place outside the regulatory norms of the sending, transit and receiving countries — the International Organization for Migration (IOM) Missing Migrant Project notes that about 850,000 arrivals were registered at the EU’s external borders in 2015. The project also reveals that about 3,670 undocumented migrants have died in their attempt to cross the Mediterranean this year.

Both government and civil society bodies have pointed to the gravity of the situation and to the urgency of a humanitarian response. For instance, during the Civil Society Days of the Global Forum on Migration and Development last October, Civil Society Chair Ignacio Packer spoke of how the agenda on migration should be anchored in values calling for the universal respect of human rights. Around the same time, the European Council gathered to discuss the migration agenda, concluding that “tackling the migration and refugee crisis is a common obligation that requires a comprehensive strategy and a determined effort over time in a spirit of solidarity and responsibility”. Earlier this year, the European Council held a special meeting dedicated to stopping the human tragedy and proclaimed saving lives as a number one priority.

Based on the above, civil society and EU officials seemingly share similar humanitarian values and goals in dealing with the situation at the Mediterranean — saving lives and protecting human rights. From this perspective, civil society and EU institutions, such as the European Commission and the European Council, appear to be partners fighting a common cause. However, this article explores how the programmes and projects of states and of civil society differ significantly in objectives and in substance. These divergences demonstrate that what ‘humanitarian responses’ or ‘humanitarian values’ mean depends very much on who is acting and that it cannot be taken for granted that this language reflects common projects.

The EU’s humanitarian engagement in the Mediterranean crisis

For EU institutions, acting on the priority of saving lives meant allocating three times more spending than in the previous year on ‘managing its borders’ by reinforcing EU Operations Triton and Poseidon within the mandate of FRONTEX (the EU agency that promotes, coordinates and develops European border management in line with the EU fundamental rights charter and helps border authorities from different EU countries work together). Thus the plan of action centers on search and rescue operations, preventing undocumented migration in collaboration with countries of origin, and prosecuting human smugglers and traffickers.

European Council President Donald Tusk publicly voices the EU’s urgent responsibility to fight violence in the name of dying migrants, but rarely do we read about violence linked to border policies as part of the same discussion. The focus on violence committed elsewhere and the framing of the migration crisis as an emergency presents the situation in a legal and political vacuum rather than in the context of restrictive border policies instituted over time. This has significant effects in diverting the role that border policies have in sustaining the very issues that it attempts to manage. 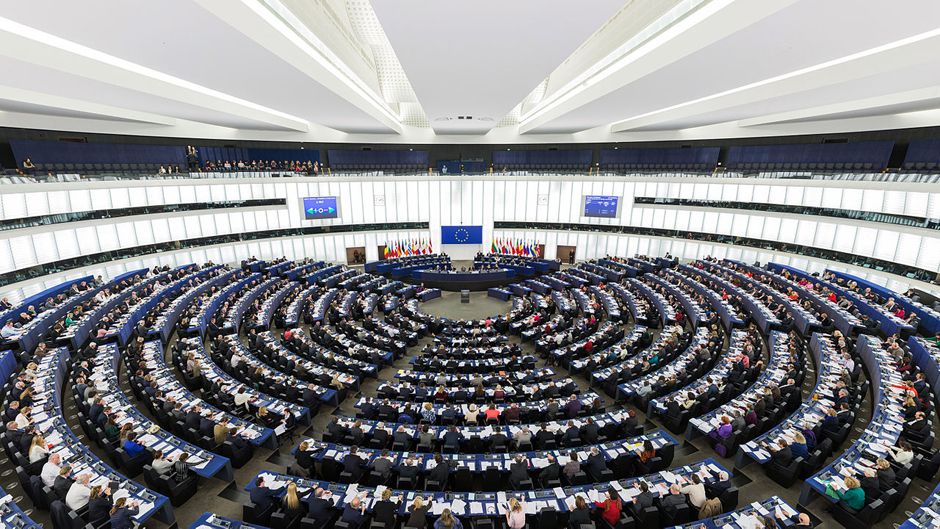 Civil society has been very active in voicing concerns about such border policies. Indeed, civil society solidarities have been central to dealing with the current crisis.

A wide array of both regional and transnational civil society actors have engaged with migration-related issues. Some groups have offered ideas with the intention of critiquing and informing policies affecting migrants. Among others, some civil society actors and institutions have advocated for EU authorities to open up legal pathways of entry into the EU. Examples are the “Open Letter: European United to Help Refugees” or the Platform for International Cooperation on Undocumented Migrants (PICUM).

At other times, civil society representatives are invited to participate in negotiations during state-led policymaking events. This was the case at the GFMD where the Civil Society Chair argued for civil society “to emphatically reject building blocks of migration policy based on prejudice and fear, of walls, barbed wires and prisons, of stereotypes, of ‘us and them’”.

Other civil society groups have operated on the ground and provided services directly to migrants. For instance, Migrant Calais Solidarity has engaged in supportive work by monitoring police activity at the border — squatting spaces for migrants, working with migrants to hold public protests, distributing goods and doing outreach with the local community. A further example of a civil society initiative active at the grassroots level is SOS Méditerranée which has crowdfunded a boat with the primarily goal of conducting rescue operations and saving lives and was founded by an assembly of European citizens forming around merchant marine Captain Klaus Vogel.

The picture above portrays some of the diverse ways in which civil society actors engage in migration-related policymaking — while some groups provide direct operational assistance to migrants, others advocate for migrant rights or participate in state-led policymaking events.

There are important dimensions distinguishing the response of the EU and of civil society. Civil society actors prioritize migrants’ human rights and well-being, while state institutions act upon humanitarian values while simultaneously prioritizing security and sovereignty. The comparison of SOS Méditerranée and Frontex is a case in point. Both mirror each other in structure, sending rescue boats to sea, but are founded on very different objectives and practices.

SOS Méditerranée, for instance, goes beyond rescue and saving lives, by providing medical and psychological care to the refugees on board, while connecting refugees with existing support networks upon their arrival in Europe. They aim at informing European public opinion on the situation of refugees in the Mediterranean Sea, pay tribute to those who disappeared on their journeys and seek to inform refugees about the dangers they expose themselves to in their journeys to Europe. They also raise overall awareness about the consequences of European migration and asylum policies.

Comparatively, the Frontex mandate has, aside from its rescue mission, been associated with violence in the form of the interception of boats, bilateral agreements to return and push back those intercepted, securitization of borders and violence towards migrant and refugees in detention.

Two main observations can be made about these divergent responses. First, the priorities of states and civil society differ. While civil society actors’ responses denounce the lack of regular channels for migration and the lack of focus on migrants’ rights and protection, the EU response focuses on stemming the flows and strengthening the protection of the EU’s external borders. In the former case, migration is understood firmly within the development and human rights agenda, while in the latter case the security agenda predominates. Second, civil society actors and institutions find themselves making up for gaps created by policy failures. Through their actions, they demonstrate to their governments what practicing fundamental human rights means, by placing human dignity and solidarity at the forefront — the very values for which the EU was awarded a Nobel Peace Prize in 2012.

From this perspective, civil society initiatives ambiguously become buffer actors between state agencies and people in need — mediating policy shortcomings to respond to migrants’ needs. They show in tangible ways that human rights-based responses depend on a society that is civil. 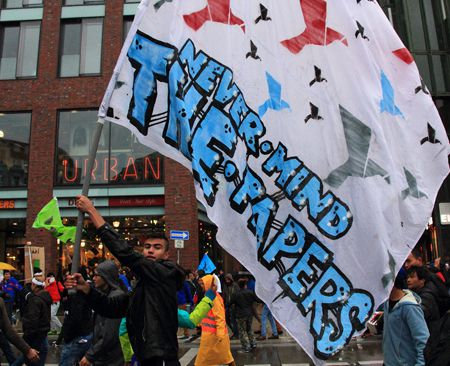 Civil society actors can play a vital role in migration-related policymaking with their critical and on-the-ground knowledge of what migrants’ needs and wants are. Photo: Rasande Tyskar. Creative Commons BY-NC (cropped).

However, a report by the Migration Policy Institute discussing the role of civil society in EU migration policy suggests that “thus far, civil-society organizations have had a limited role in European policy debates on migration”. The report further indicates that while states might invite civil society representatives to demonstrate inclusivity and transparency, this does not necessarily lead to their ideas being incorporated into policy.

The lack of willingness of states to fully engage might result from the contradictory objectives and priorities, highlighted above, between human rights-based and security-focused agendas. Yet, civil society actors can play a vital role in migration-related policymaking through their practices and with their critical and on-the-ground knowledge of what migrants’ needs and wants are.

Migrants themselves and members of society who speak on their behalf in a spirit of solidarity should be given the space to participate in the process of developing effective institutional and policy coherence regarding migration and development. Indeed, a society that is civil relies on the state to have a legitimate influence in determining who is to enter or leave, who is to be included or excluded, who is to be regarded as a citizen or an undocumented person within the EU’s territory. Strengthening such partnerships will offer the EU an opportunity to live up to its humanitarian responsibilities.

Fanny Desvachez is a Research Intern at the United Nations University Institute on Globalization, Culture and Mobility (UNU-GCM). She holds a master’s degree in Public Policy and Human Development, specializing in Migration Studies from UNU-MERIT in Maastricht. In the past years, she has co-founded an open space aiming to stimulate cultural and political participation and has been engaged in diverse youth educational programs. Her research interests include international migration and its intersections with gender, social justice and social change.