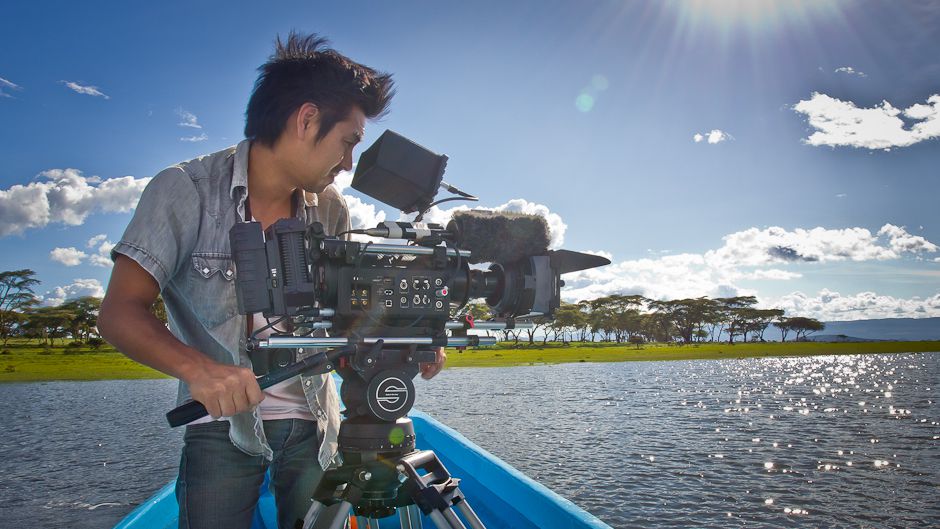 Every day, nearly 2,000 people die from malaria, with 90 percent of these deaths in the African region. It is all too easy to become detached from such numbers and from the sorrow involved for those affected — the victims, their families and friends. That is, until you lose a close friend and colleague to malaria.

Ryo Murakami was a young, talented, freelance director of photography, gradually making a name for himself in the film making business and some say that he was getting closer to filming major Hollywood productions with each day. A few weeks ago, after filming a movie with his friends in Liberia, Ryo returned to his home in New York and became sick with malaria. Despite intensive hospital treatment he passed away on 29 June 2013.

While some in our team at the United Nations University have known Ryo since his days in college, others met him for the first time when he filmed a video documentary in 2007 that was co-produced with the World Health Organization. Entitled The Wisdom Years the film explores the secret of a happy long life. After capturing so vividly the stories of several centenarians here in Japan, there is a tragic irony that Ryo’s own life, at the age of 33, should be cut short.

It’s a beautiful film and Ryo really enjoyed filming it. In particular, he seemed to have great fun using a “steadicam” to film an elderly couple practicing their ballroom dancing, while he waltzed along with them. 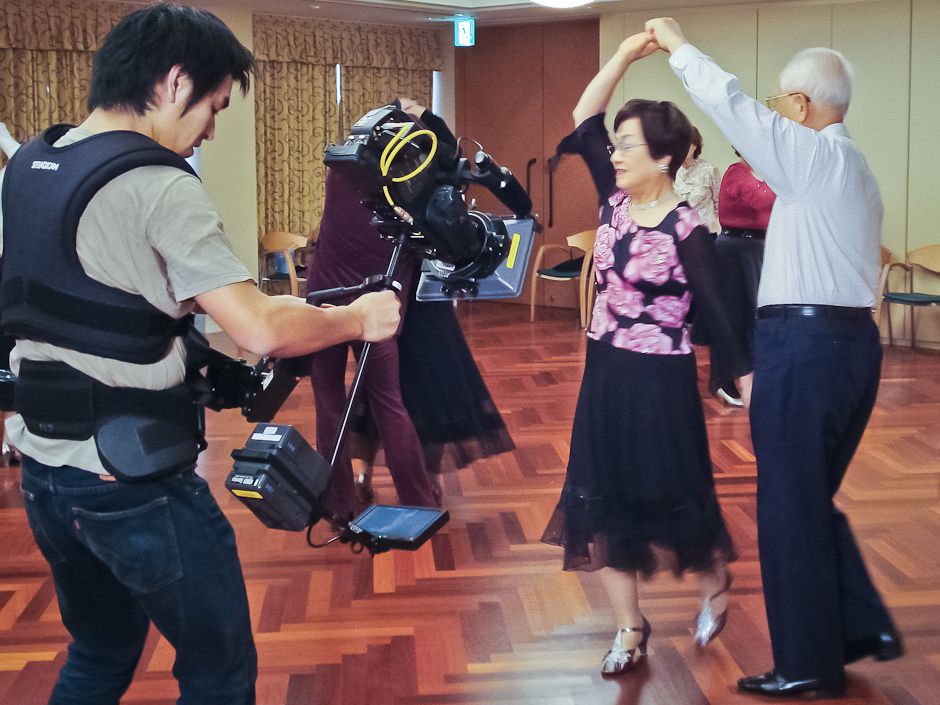 Making the world a better place

As a filmmaker Ryo had very diverse interests. He liked to shoot stories about the real world and about how to make it better. That was perhaps one of the reasons why he seemed to enjoy working on UNU projects, despite his hectic schedule. But he also enjoyed shooting fictional stories, feature films, music videos and commercials, and with each new project he was able to blend techniques learned from all of these formats to establish a unique style of his own.

In the photo slideshow in the banner for this article, you can see how his UNU films took him to different places, with quite a few projects here in Japan, but also in Iceland, India and Kenya.

One of the long form documentaries that he shot was Book of Seasons – A Year in Kanazawa, produced in collaboration with our UNU-IAS colleagues. It explores the beautiful biodiversity of Kanazawa, Japan and how that influences and enriches the local culture. 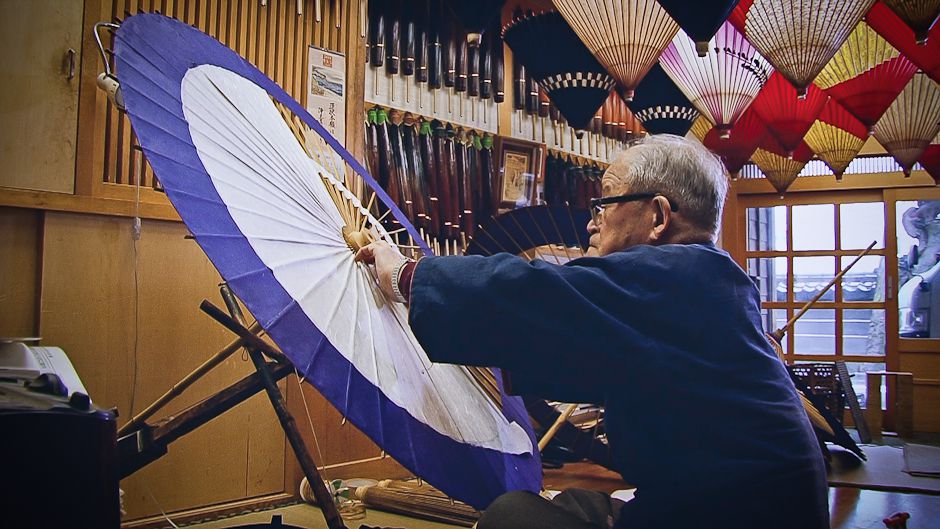 Traditional umbrella maker from the documentary “Book of Seasons – A Year in Kanazawa”. Photo: Ryo Murakami.

Ryo always enjoyed working in his native Japan and you can see in the film how he captured the beauty of a lotus flower, the elaborate design of a traditional umbrella, the fine artwork on a kimono, a fishing fly’s mimicry of nature, and the gorgeousness of Japanese handmade paper. Ryo’s eye for detail and his love of these gradually disappearing crafts came through in his camerawork. He seemed to see things most of us could not, and then set up his camera perfectly, taking his time to capture them magically on film. He made the world look like a better place.

Going to the challenging locations

But there were other times when Ryo’s work would take him out into difficult conditions. A good example is the documentary he shot on satoumi — the traditional marine conservation practices throughout Japan. From the drift ice off the coast of Hokkaido, to all-night voyages on the fishing boats in the Sea of Japan, to the coral reefs around Okinawa, Ryo was there to film the fishers’ way of life and to show their efforts as guardians of the ocean. 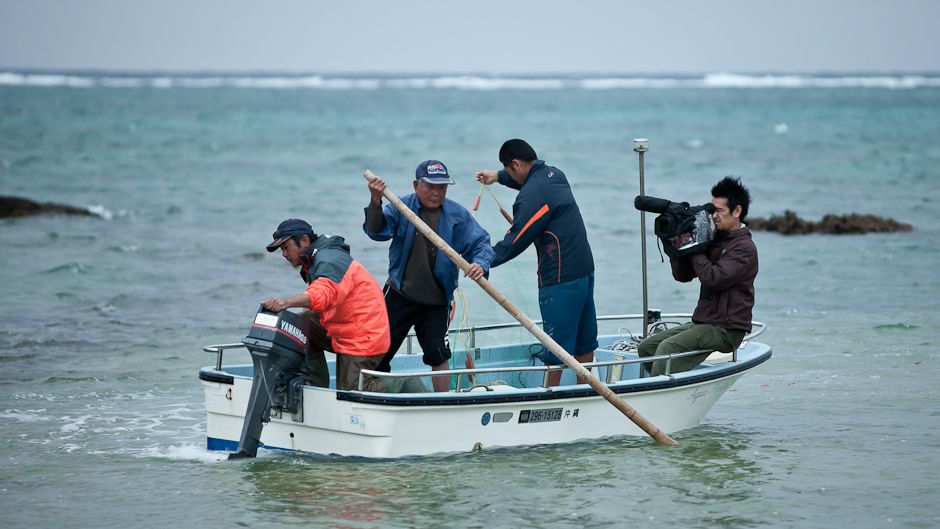 It was during the filming of this documentary that he and other colleagues at the UNU first visited Kesennuma, a fishing town in Tohoku. By now, many of you may know that name. The town was totally devastated by the earthquake and tsunami of 11 March 2011, and many local townspeople lost their lives and livelihoods. Within one month of the tsunami, Ryo was back in Kesennuma capturing on film the impact that this disaster had on a once prosperous fishing community. He returned three more times to witness how the community was trying to rebuild and to share that experience through a documentary called Standing Strong. 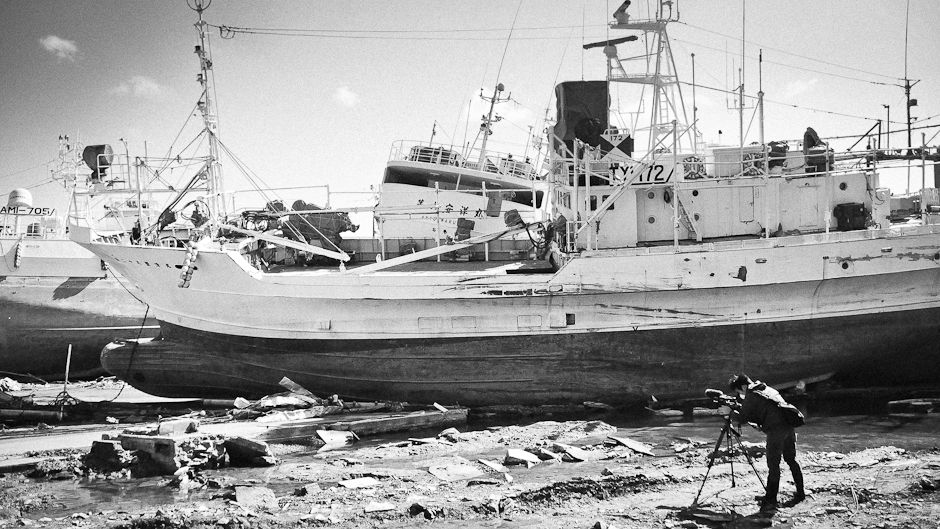 He also worked with other UNU colleagues to capture our activities in the area of geothermal energy training in Iceland and Kenya. By that time, Ryo preferred to use the RED camera system (he bought the gear himself) which was both expensive and quite cumbersome to carry around in the field, especially when the project required long hikes across the rugged landscape of Kenya’s Rift Valley. Ryo would valiantly lug the gear anywhere to get that perfect awe-inspiring shot. 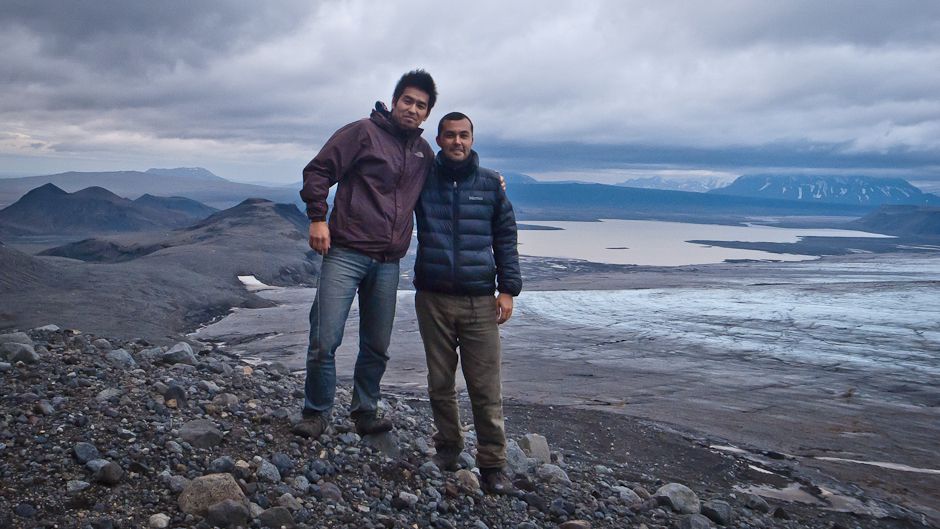 Today, 8 July, is Ryo’s 34th birthday. Since his passing we have seen an outpouring of grief from all who knew him. We all recognize that he was a very special person. With so much positive energy and enthusiasm, he was quick to make friends with everyone. It was a kind of gift on par with his gift for capturing a fantastic shot with his camera, his attention to the beautiful details and his love of life and the world.

Today, his family, friends and colleagues remain in mourning. But we also wanted to share with you our thoughts and respect for Ryo and his work via this article, the photos and his documentary films. It is the work of a talented young professional that we will all sadly miss and that we will always remember. May the beautiful light you caught on film travel with you forever Ryo-san. 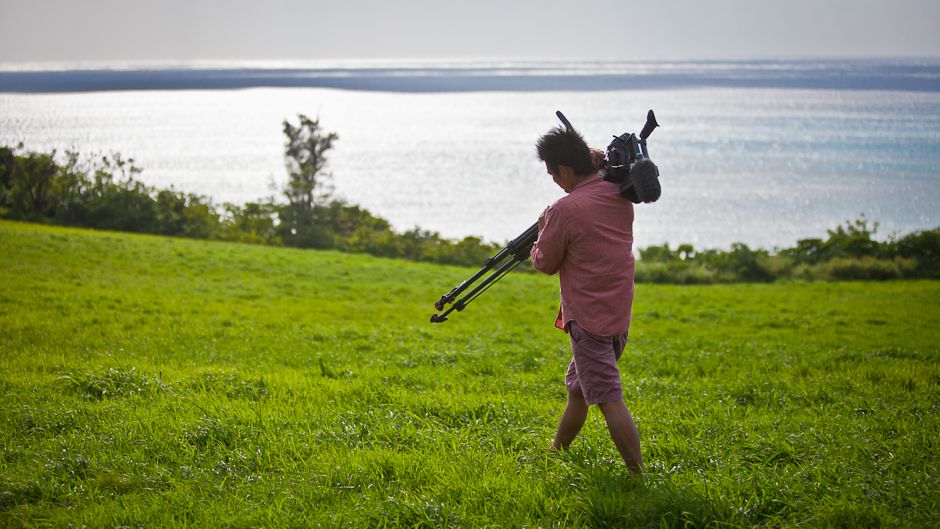