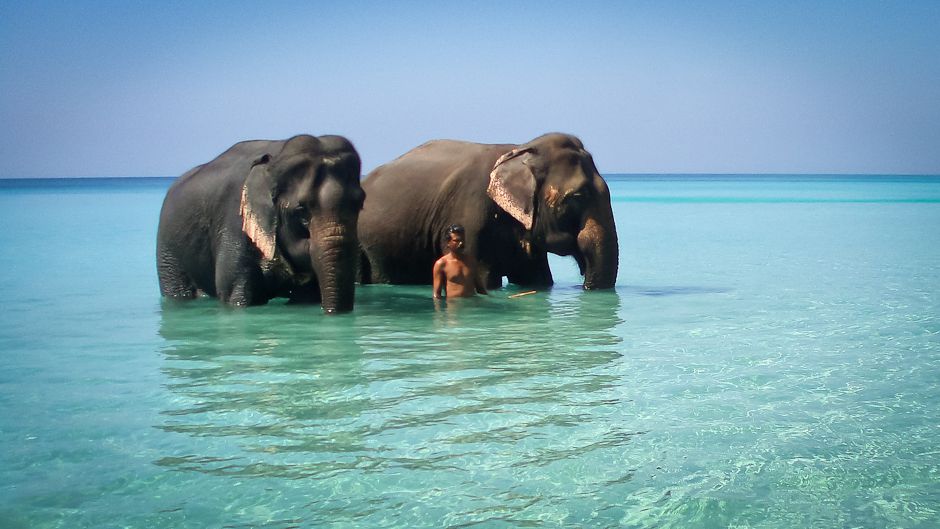 India is expected to become the first country in the world to commit to publishing a new set of accounts that track the nation’s plants, animals, water and other “natural wealth” as well as financial measurements such as GDP.

The announcement is due to be made at a meeting of world governments in Japan to try to halt global destruction of biodiversity, and it is hoped that such a move by a major developing economy will prompt other countries to join the initiative.

Work on agreeing to common measures, such as the value of ecosystems and their “services” for humans — from relaxation to clean air and fertile soils — will be co-ordinated by the World Bank, which hopes it can sign up 10-12 nations and publish the results by 2015 at the latest.

The move fulfils one of the key demands of a major report also being published at the Japan meeting, a UN study of The Economics of Ecosystems and Biodiversity (TEEB).

The report was commissioned by the G8+5 major nations in 2007 in the hope of repeating the success of Lord Stern’s report on climate change in persuading governments of the strong economic case to take action on saving the natural world.

“Natural capital is a massive asset class, and developing nations’ biggest asset. For it to be missing from the balance sheet of the nation, or for failures not to be counted, does not make sense,” says Pavan Sukhdev, economist and TEEB study leader.

The United Kingdom’s environment secretary, Caroline Spelman, welcomed the report: “TEEB can have the same impact for biodiversity as Stern had for climate change and will be a useful tool to help reduce the loss of species and habitats… economically, we have to take action to reduce the loss of our natural environment before the cost becomes too high.”

Pavan Sukhdev, economist and the TEEB study leader said: “Natural capital is a massive asset class, and developing nations’ biggest asset. For it to be missing from the balance sheet of the nation, or for failures not to be counted, does not make sense.”

After India and the other countries that join it in the first ecosystem accounts, Sukhdev said he hoped another 20-30 would adopt the system over the following three to five years.

“The rest: if they are not with it, people will get left behind,” he added. “We’ll never have all 192 countries, but does that matter? The idea is to establish the direction in which national accounting must go.”

After the publication over the past two years of an interim report and specific documents about the economics and recommended actions by governments, businesses and citizens, TEEB has just published its final “synthesis” report.

This will not contain a specific headline value for all the world’s biodiversity, although earlier versions have quoted huge values for individual ecosystems such as forests, and Sukhdev today talks of “the multi-trillion dollar importance” of the natural world.

However it argues that there is plenty of evidence for national and local governments, businesses and individuals to radically review how they make decisions to take into account the damage or preservation of biodiversity.

“TEEB’s approach can reset the economic compass,” says Sukhdev. “Do nothing, and not only do we lose trillions of dollars’ worth of current and future benefits to society, we also further impoverish the poor and put future generations at risk. The time for ignoring biodiversity and persisting with conventional thinking regarding wealth creation and development is over. We must get on to the path towards a green economy.”

Among the report’s recommendations are that countries and companies should publish accounts of their natural capital, and how much it has increased or decreased over the previous year, in parallel with traditional financial accounts. This should help address current accounting rules which, for example, measure the clean up of a pollution spill as an increase in economic activity (by the clean up companies), but take no account of the long-term damage done.

Such all-encompassing measures would be more likely to encourage other suggested changes, such as paying people to protect or restore ecosystems, refunding people who do not cut down forests or farmers who reduce chemical fertilisers and pesticides; and better certification schemes so that those who produce products and services, such as food and drink, in more environmentally friendly ways, can get recognition and charge higher prices to cover extra costs.

The report also calls for reform of subsidies for damaging industries, such as mining and intensive farming, and tougher fines for polluters to discourage the problem and pay for proper restoration.

“TEEB aims to provide strong incentives for countries to ensure decisions are not solely based on short-term gains, but build foundations for sustainable and inclusive development,” according to India’s minister for environment and forests, Jairam Ramesh.

In a written statement for the TEEB launch and his own country’s announcement, India’s minister for environment and forests, Jairam Ramesh, said: “TEEB aims to provide strong incentives for countries to ensure decisions are not solely based on short-term gains, but build foundations for sustainable and inclusive development.”

Among the figures collected by the report team were an estimate that at present rates deforestation would cost the global economy US$2-4.5 trillion (£1.27-2.86 trillion) a year by the middle of this century; while the estimated market for certified agricultural products, such as organic, would be $210 billion (£133 billion) by 2020. Another quoted by TEEB, by Trucost in London, found the total environmental damage by the world’s 3,000 biggest listed companies in 2008 added up to at least US$2.2 trillion.

“TEEB has brought to the attention of the globe that nature’s goods and services are equally if not far more central to the wealth of nations including the poor — a fact that will be increasingly the case on a planet of finite resources with a population set to rise to 9 billion people by 2050,” said Achim Steiner, UN under-secretary general and executive director of the UN Environment Programme.

US$50 billion — The annual loss of opportunity due to the current over-exploitation of global fisheries. Competition between highly subsidised industrial fishing fleets coupled with poor regulation and weak enforcement of existing rules has led to over-exploitation of most commercially valuable fish stocks, reducing the income from global marine fisheries by US$50 billion annually, compared with a more sustainable fishing scenario (World Bank and FAO 2009).

€153 billion — Insect pollinators are nature’s multibillion-dollar providers. For 2005 the total economic value of insect pollination was estimated at €153 billion. This represents 9.5% of world agricultural output for human food in 2005 (Gallai et al. 2009).

US$20-67 million (over four years) — The benefits of tree planting in the city of Canberra. Local authorities in Canberra, Australia, have planted 400,000 trees to regulate microclimate, reduce pollution and thereby improve urban air quality, reduce energy costs for air conditioning as well as store and sequester carbon. These benefits are expected to amount to US$20-67 million over the period 2008-2012, in terms of the value generated or savings realised for the City (Brack 2002).

US$6.5 billion — The amount saved by New York, by investing in payments to maintain natural water purification services in the Catskills watershed (US$1-1.5 billion) rather than opt for the man-made solution of a filtration plant (US$6-8 billion plus US$ 300-500 million a year operating costs). (Perrot-Maitre and Davis 2001).

50 — The number of (rupees) millionaires in Hiware Bazaar, India as the result of regenerating 70 hectares of degraded forests. This led to the number of active wells in the surrounding area doubling, grass production increasing and income from agriculture increasing due to the enhancement of local ecosystem services (Teeb case mainly based on Neha Sakhuja).

A synthesis of the approach, conclusions and recommendations of TEEB can be downloaded here (PDF).