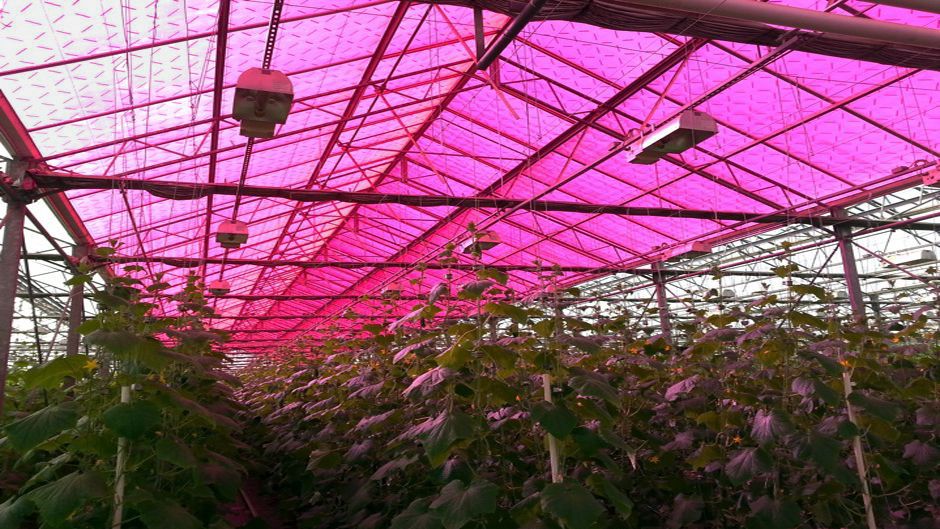 The solar panel bears little resemblance to the gleaming metal panels of old. Small and light enough to hold, this solar panel is a vibrant, almost neon red, with its silicon solar cells lined neatly next to each other. Its unique red dye allows the solar panel to hone the light that strikes it, absorbing some wavelengths while letting others filter through. Soon, via a joint effort between Scotts Valley-startup Soliculture Inc. and Santa Cruz’s Cityblooms, this solar panel and others like it could fine-tune light for crops in urban “micro-farms”, while simultaneously generating electricity.

The new “lumo” panels stem from the research of University of California, Santa Cruz, physics professors Sue Carter and Glenn Alers. They designed the red dye that gives the solar panel its unique ability to tweak the light escaping the panel. Once light strikes the panel, this luminescent dye absorbs green light, which plants don’t use well during photosynthesis, and lets red and blue light filter down onto the waiting lettuce, kale and arugula. It then converts the green light into more red light for the plants to use. 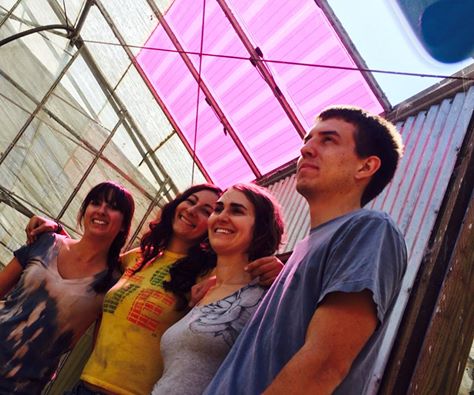 Meanwhile, the solar cells absorb all colors of light that strike them and convert them into electricity. Through a dual-effect process, a Soliculture “lumo” panel gives plants the light they need most, and also generates power.

“Even though other coverings [glass, polycarbonate] are cheaper, none of them pay for themselves. Then, your roof is generating revenue,” said Carley Corrado, Soliculture’s director of business development.

Nick Halmos, Cityblooms’ CEO and founder, found himself drawn to Soliculture’s solar panels for his own dream of installing computer-automated micro-farms across cities’ rooftops and other under-utilized spaces. Each farm features white receptacles that hold fewer than 20 rows of plants sheltered from the sun and rain by an awning. Because the micro-farms need to be lightweight to rest on a rooftop, the plants sit in felt instead of soil. To cut back on water loss, Halmos designed the micro-farms to recirculate water that would otherwise be lost as runoff in the soil.

Cities are only going to get bigger, Halmos says, and people living outside California might struggle to get their hands on fresh produce. According to a 2012 National Resources Defense Council report, Americans lose up to 40% of produce through transportation and other factors. Halmos hopes that installing micro-farms where they’re needed most will help alleviate these losses.

“You’re growing just as much food as is demanded, exactly when it’s demanded. No more, no less,” said Halmos. 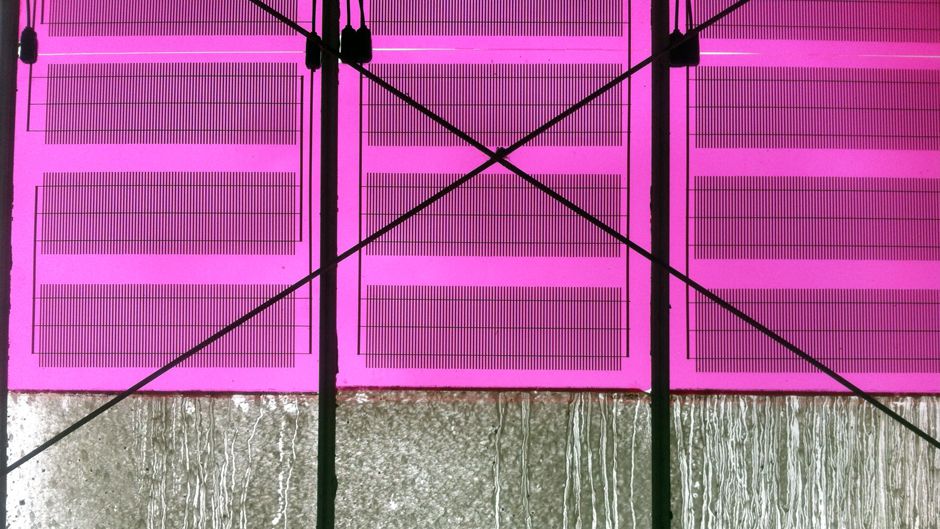 Cityblooms has already installed a prototype micro-farm at the Plantronics headquarters in Santa Cruz, where the prototype from Soliculture will join it this year. The hydroponic micro-farm runs on the campus’s pre-existing solar system, and produces everything from broccoli to lettuce. These fresh greens only have to travel a number of yards before they’re on the plates of Plantronics’ employees.

”We spent so much time trying to make this work, that to finally be able to say, ‘Hey look, it’s happening, we’re growing food and people are eating it and they’re liking it!’ It’s been a really cool process,” said Halmos.

Overall, the micro-farm’s food spoilage levels are down to 5%.

Both companies have bright plans for the future. Kitayama Brothers Farms, in Watsonville, will be installing Soliculture’s first commercial installations in its greenhouses this spring. Cityblooms is looking to install its micro-farms in hospitals, assisted living communities, and more locations within the Bay Area. And of course, both companies hope for fruitful future collaborations.

“Right now, our major competitors for roof space is solar,” said Halmos. “Well, what about a world where you can do both?”

This article originally appeared on Santa Cruz Tech Beat and is reproduced here with permission.

Xochitl Rojas-Rocha is a marine biology and literature major at UC Santa Cruz. Last summer, she worked as a science writing intern at Science magazine in Washington, DC. She can be reached at her LinkedIn profile.