Ocean Warming May Be Substantially Underestimated 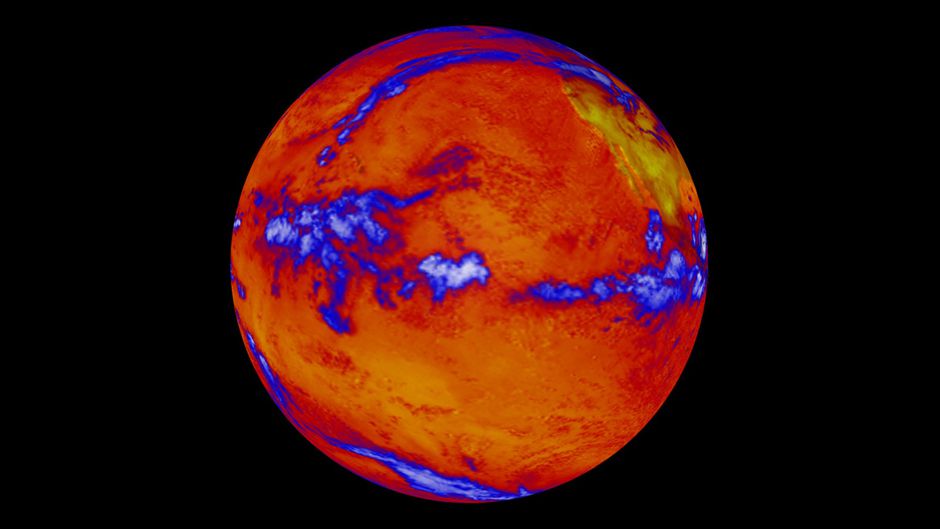 Instead of driving up the temperature of the atmosphere quite as fast as predicted, new evidence shows that heat from greenhouse gas emissions has been warming the oceans to a greater extent than previously estimated.

Research published Sunday found that between 1970 and 2004 certain regions of the oceans have been absorbing between 24 and 58 percent more energy than thought, which may have important implications for sea level, the planetary energy budget and climate sensitivity assessments.

Paul Durack from the Lawrence Livermore National Laboratory in California and colleagues compared direct and inferred sea temperature measurements with the results of climate models. Together the three sets of measurements suggest that estimates of northern hemisphere ocean warming are about right. But the team report in Nature Climate Change that estimated warming in the southern seas since 1970 could be far higher than scientists had previously been able to deduce from the limited direct measurements taken in this under-researched region.

Reliable ocean data from the southern hemisphere has historically been lacking because of this region’s remoteness and low level of commercial shipping traffic, which helps gather ocean data. Durack and colleagues were able to use data from satellites and from a new source — Argo floats, a fleet of more than 3,000 free-floating monitors that drift through the water and measure the temperature and salinity of the upper 2,000 metres (6,500 feet) of the ocean.

A year ago, the Intergovernmental Panel on Climate Change published its Fifth Assessment Report. Professor Chris Rapley, a former director of both the British Antarctic Survey and the Science Museum in London, told the Climate News Network then of his alarm at what the IPCC said about the oceans.

He said the Earth’s energy imbalance, and evidence that the 93 percent of the energy build-up absorbed by the oceans continued to accumulate, meant the slow-down in the rise of surface temperatures appeared “a minor and temporary fluctuation”.

Earth’s energy balance and heat fluxes depend on many factors —  atmospheric chemistry composition (mainly aerosols, and greenhouse gases), the albedo (reflectivity) of surface properties, cloud cover, or vegetation and land use patterns. Changes in surface temperature due to Earth’s energy budget don’t happen instantaneously because of the slow response (inertia) of the oceans and the cryosphere to the new energy. The net heat flux is buffered primarily in the ocean, until incoming and outgoing radiative forcing and climate response settle into a new equilibrium state.

Speaking of the latest research available, Prof. Rapley told the Network: “The newly reported results of a combination of satellite altimetry measurements of globally mapped sea level rise combined with ocean heat modelling, and a further analysis of the in situ measurements from the Argo buoys, add to the evidence that the so-called ‘pause’ in global warming is confined to surface temperature data, whilst the planet’s energy imbalance continues unabated.”

“Once more we need to assess our appetite for risk, and consider seriously what measures we should take to minimise the threats to food and water supplies, the impacts of extreme weather, and the consequences of these to the world economic system and human wellbeing,” said Rapley.

A second study published in Nature Climate Change — this one by scientists at NASA’s Jet Propulsion Laboratory in Pasadena, California — concluded tentatively that all ocean warming from 2005 to 2013 had occurred above depths of 6,500 feet, and that it was not possible to detect any contribution by the deep oceans to sea level rise or energy absorption.

Josh Willis, a co-author of this study (which, like that by Dr Durack and his colleagues, is part of work undertaken by NASA’s newly-formed Sea Level Change Team) said the findings did not throw suspicion on climate change itself. He said: “The sea level is still rising. We’re just trying to understand the nitty-gritty details.”

This study therefore leaves several questions still unanswered. Will more research find evidence that deep water is in fact warming, for instance? Why are the oceans now apparently absorbing more heat than they once did? And if the southern oceans are heating up faster, then may that help to speed up Antarctic ice melt?

One urgent question that needs answering is how much longer the water near the surface can continue to absorb the extra heat that human activities are producing. Another is what will happen when the oceans no longer absorb heat but start to release it. The answers could be disturbing.

This article is an expanded adaptation from material by Alex Kirby at the Climate News Network.

Ocean Warming May Be Substantially Underestimated by Carol Smith and Alex Kirby is licensed under a Creative Commons Attribution-NonCommercial-ShareAlike 4.0 International License.
Based on a work at http://www.climatenewsnetwork.net/2014/10/oceans-greater-heat-explains-warming-pause/.