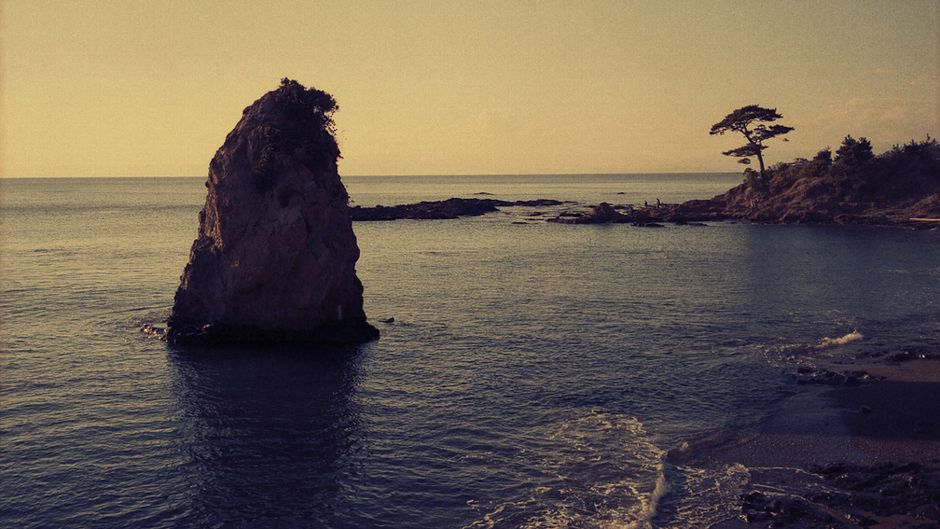 Almost six weeks after the triple disaster of quake, tsunami and nuclear accident devastated the Tohoku-Kanto region, just over 130,000 people are still living in the temporary evacuation shelters (mainly in Iwate, Miyagi and Fukushima prefectures) and 125,000 properties have been destroyed or damaged, according to the National Police Agency.

In the sphere of disaster recovery there is a term that we can expect to hear a lot in the coming months, even years — “build back better”. It is a concept that gained increasing prominence during the recovery process following the 2004 Indian Ocean tsunami and more recently with the earthquake in Haiti last year.

The underlying principles of build back better include (1) maintaining and enhancing quality of life for those affected by the disaster, (2) enhancing local economic viability, (3) promoting equity, (4) maintaining environmental quality, (5) reducing vulnerability by increasing disaster resilience and (6) incorporating a participatory process with respect to the rebuilding efforts.

In terms to what may happen in Japan, on 1 April 2011, Prime Minister Naoto Kan gave a press conference where he shared his ideas for reconstruction. In this speech he talked about a new pattern of development based on the eco-town idea, following the German model, that would take advantage of green technologies including biomass fueled district-heating systems.

He took this further on 12 April 2011 at another press conference when he outlined three ideals for the recovery of the region. First, he talked about the need to create a regional society that is highly resilient to the impacts of natural disasters. Second, he called for the creation of a social system that allows people to live in harmony with the environment. Third, he called for a society that is kind to people, particularly the vulnerable. His thinking seems to be in line with the notion of build back better.

But can you build back better, quickly and greener?

To take these ideas forward Prime Minister Kan set up something called the Reconstruction Design Council, bringing together 15 experts — including persons who have previous experience of post disaster reconstruction and governors from the affected prefectures — to develop a blueprint for reconstruction by June 2011 that takes into account the views of those affected by the disasters as well as those from all sectors of society.

In the time available, will this committee be able do anything more than sketch broad principles that can guide the recovery? Also, how will the recovery process in Japan pursue its reconstruction efforts in a participatory manner?

These are thorny questions that will play out over the coming weeks. But one intriguing idea is the notion that the rebuilding efforts can improve the environmental situation in the region. This is bearing in mind the fact that the first task is to handle the huge amounts of waste from the damaged properties and vehicles (following the Great Hanshin Earthquake, disposal of around 15 million cubic metres of debris was required).

Building back greener therefore is a major challenge. The notion of developing eco-towns, while engaging, is also potentially confusing. Back in 1997, the Japanese trade and environment ministries introduced a scheme to support the development of eco-towns where the local industries would practice resource recycling within their manufacturing processes and between industries. A total of 23 eco-towns were approved, including Kamaishi in Iwate Prefecture, which was hit by the tsunami on 11 March and suffered the loss of over 1,300 local residents.

However, it appears that Prime Minister Kan’s idea of an eco-town goes beyond the current model found in Japan. He is looking at European experience as his guide.

Previously on Our World 2.0 we have introduced the experience of the award-winning Swedish eco-town of Hammarby Sjöstad and Malena Karlson explained that the key to success was that “eco-features were built directly into the design of the whole project”.

These include an integrated waste recycling system, a centralized underground vacuum suction waste system, the conversion of waste food into biogas, the use of waste incineration to heat houses and the extensive use of solar panels to heat water. Pursuing this integrated approach in Japan, a country that is known for the rivalry between different government agencies, may prove a major challenge.

It is hoped that those involved in the reconstruction will draw lessons and inspiration from as many sources as possible to build back better in a participatory manner.

In the UK, eco-towns are being explored as new developments that reflect the “four Cs” — climate, connectivity, community and character.  The focus is on climate-proofing communities (i.e., ensuring that they can cope and adapt to the impacts of climate change) as well as on ensuring that they are designed with a low carbon footprint. Connectivity is about using technology and public transport to enable access to employment opportunities. Community focuses on the need to ensure a balanced social mix — i.e., ensure a place for the most vulnerable like the elderly and single parents. Finally, character is about new high design standards and creating a unique sense of place.

Good examples of eco-towns or eco-cities found in Europe include Amersfoort in the Netherlands, Freiburg in Germany and Zaragoza in Spain.

The Freiburg example includes many good practices such as making full use of natural features, landscaping and existing buildings, as well as providing a children-friendly environment with family homes, play spaces and schools within walking and cycling distance.

Better off with Transition Towns?

The redevelopment of the communities affected by the tsunami will face considerable challenges — one of which is the need to rebuild quickly and another is the difficulty of creating a consensus amongst the local people about how best to rebuild. For instance, the government is considering the option of building new housing on hills away from the coast, while using the coastal plain for agriculture. It has also proposed consolidation of the smaller fishing towns into large industrial fishing ports. These proposals are proving unpopular with the local fishing communities.

While the eco-towns approach is very attractive and the right direction to move forward, there may also be some major obstacles to overcome. One major concern relates the high level of car dependency in the tsunami-affected areas, and whether this could be dealt with somehow. For instance, in Freiburg the local authorities very successfully encouraged people to shift from car use to public transport and bicycles.

In particular, with peak oil on the immediate horizon, it is important to build back the communities in Tohoku-Kanto to ensure that they are resilient against peak oil, climate and natural disaster-related risks. In terms of food production, the disaster affected prefectures are some of the most food self-sufficient in Japan, providing Tokyo with many agricultural products. If these areas where to shift towards mechanised industrial agricultural systems, through the consolidation of farm holdings, they would become increasingly vulnerable to the impacts of peak oil. Rather, Japan should look to its own model — that of satoyama — as a guide to reconstruction.

When rebuilding the towns, experience of the Transition Movement could be helpful in guiding reconstruction efforts and particularly how foster a bottom-up, rather than top down approach. Within Japan there are a number of Transition Towns including Fujino and Hayama in Kanagawa Prefecture, and Koganei in Tokyo.

(1) The problems of peak oil and climate change need to be responded to in a comprehensive manner.

(2) It is essential to focus at the local level.

(3) It is essential to draw upon the creativity, unity and adaptability of the communities.

(4) The initiative should start by building on the existing resources in the region and promoting links between them.

(5) It should adopt a balanced approach that reflects head (analysis), heart (vision) and hands (action).

(6) The community should imagine a better future and have fun trying to realize it.

With a central government-led response there is a danger that the communities affected by the tsunami may struggle to influence how their areas are redeveloped. Adoption of an approach along the lines of that pursued by the Transition Movement would bring real gains in terms of empowering the communities to develop their own vision of the future and working creatively, while enjoying this transition.

Perhaps Rob Hopkins, one of the founders of the Transition Movement, captured the spirit of how building back better in Japan could work when he said (referring to how Transition works elsewhere) recommended a process where you “skillfully seek to put in place more democratic, low energy and localized infrastructure in such a way that it is perceived as positive, fun and unthreatening”.

There is still a very long way to go until the tsunami-affected region is fully recovered. However, it is hoped that those involved in the reconstruction will draw lessons and inspiration from as many sources as possible to build back better in a participatory manner.

Rebuilding after the Tsunami: Eco- or Transition Towns? by Brendan Barrett is licensed under a Creative Commons Attribution-NonCommercial-ShareAlike 3.0 Unported License.