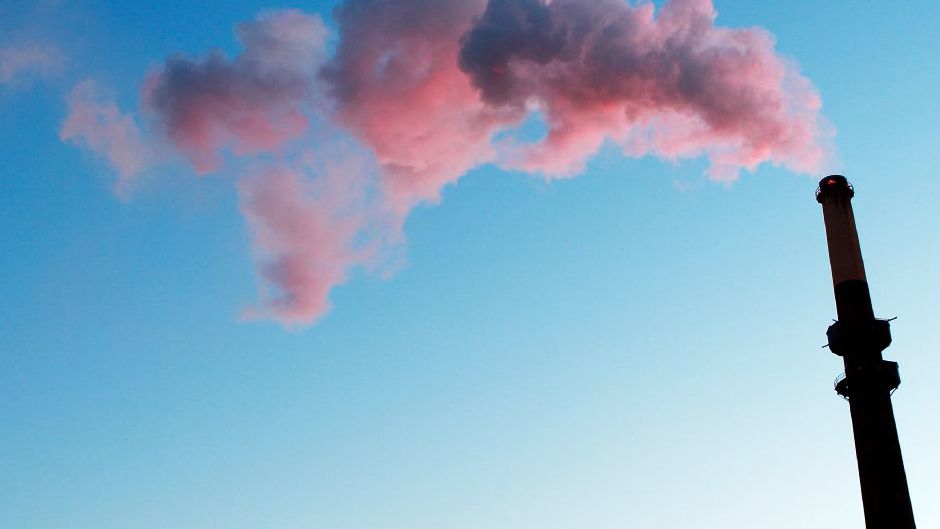 Climate change and energy policy are likely to be the most difficult economic issues facing the world in the first few decades of this century.

The most recent report of the Nobel Peace Prize winning Intergovernmental Panel on Climate Change (IPCC) confirms that global warming is taking place and is almost certainly being caused by human activities. The report also urges governments to take immediate action.

Other clarion calls have followed; from the Secretary General of the United Nations, from the EU, from non-governmental organizations and even from US President George Bush, long a holdout against global action on this problem.

Events of the past few months have added urgency to the need for action. The Kyoto Protocol has an article that states that the agreement’s ultimate purpose is to prevent a dangerous accumulation of greenhouse gases in the atmosphere. Efforts continue in the bid to quantify what level of CO2 is dangerous.

For a number of years, it was assumed that 550 parts per million of CO2 in the atmosphere represented an acceptable target for the stabilization of emissions. But that would represent a global average temperature increase of approximately 3 percent, which the IPCC indicates would be very dangerous in terms of species loss and sea level rise.

The European Union has therefore concluded that any concentration that results in an average temperature rise of more than 2° C is dangerous. To come in under that would mean we’d have to stabilize at 450 ppm. This is not an easy target.

Earlier this year, international oil giant Shell issued an update to its energy scenarios. A world leader in developing these views of the future, the company believes that the world will be extremely hard pressed to stabilize at 550 ppm by 2050.

At a recent United Nations University symposium, Dr. James Hanson of NASA, one of the most respected and most courageous climate scientists, has called for a target of 350 ppm or so. And we are already at 380 ppm, with no signs of slowing down. So the need for action is immediate. The actions that we take during the next 5 to 10 years will determine the future of the world’s climate.

The cost of our climate/energy dilemma

If you think that these CO2 numbers are alarming, consider the financial implications of the most recent forecasts from the International Energy Agency. In the past, IEA forecasts have consisted of a relentless upbound growth curve, followed by a matter-of-fact statement that these demands can easily be met with proper investment and energy policies.

However, the most recent IEA report can only be described as alarmist, near panic-stricken. They predict a global need for US$44 trillion in new energy investments by the year 2030 in order to meet their projected demand figures. Most of this investment will occur in Asia and most of that in India and China.

Climate change is looming ever closer and the resources to deal merely with our future energy needs seem enormous and almost unattainable. But there is a way out, if we begin to act now. A study by Lord Nicholas Stern, the former Chief Economist of the World Bank and of the British Government, put the cost of dealing with climate change at approximately 1 percent annually of the world GDP.

This is not an insignificant figure. It is far more than we are presently spending on development aid and its mobilization will not be simple. But consider the alternative. Lord Stern calculates that not taking action could result in a drop of up to 20 percent of global GNP due to the effects of climate change.

Further evidence of a light at the end of a tunnel has come recently in a McKinsey Global Institute study. I came across an article on the web that reviewed this study written by Alister Doyle. He explained how the authors estimate that to curb global warming would require a modern “carbon revolution” via a huge bump in the level of economic output for every tonne of greenhouse gases emitted (mainly by burning fossil fuels).

Such a steep improvement in the global carbon productivity rate would require that by 2050, the world produce US$7,300 of gross domestic product (GDP) for every tonne of carbon dioxide emitted, up dramatically from the current US$740.

“Increasing carbon productivity tenfold in less than 50 years will be one of the greatest tests humankind has ever faced. But both history and economics give us confidence it can be done,” the study said.

This confidence is likely due to some good news shared by the study. New technologies, such as better building insulation and cleaner coal generation, are already available and have the potential to reduce the world’s greenhouse gas emissions by 64 percent by 2050. That would mean 20 billion tonnes a year, down from 55 billion in 2008.

The study further reckons that cost-wise, such a “carbon revolution” would be “manageable”, tallying up at 0.6 to 1.4 percent of the global GDP by 2030, figures in line with to those of Lord Stern. To avoid impact on growth, the authors suggest that substantial amounts could be raised by borrowing.

However, they also admit that the pace of change would have to be very brisk. Faster than during the Industrial Revolution. They note that the tenfold boost in labour productivity required is the same size increase that the United States achieved between 1830 and 1955.

Although it is obvious that climate change is a global problem and that emissions are growing far faster in developing countries than they are in the North, developed countries must take the initiative in cutting their emissions far more rapidly in the 2012-2020 period than they have under the Kyoto Protocol.

The process of reaching agreement at the next climate conference in Copenhagen, or thereafter, will be somewhat familiar to trade negotiators and experts. It will be complex and will involve a whole range of sub-agreements. And there is likely to be no agreement on anything until there is at least some agreement on everything.

It will require that developed countries make more drastic cuts and investments on the order of those envisioned by McKinsey and the International Energy Agency. It will involve huge investments in decarbonising energy production. The final agreement will have to contain specific commitments by the North to invest in a substantial number of carbon capture and sequestration facilities in the South, and particularly in China and India, where coal will remain the principal source of energy for decades.

The recent initiative by the Government of Japan called Cool Earth 2050 could be of some help here in promoting investment in new energy technologies and in energy efficiency. Any future agreement will require investments in measures that help poorer countries adapt to changes in their climates.

It will also involve expenditures by the richer countries to preserve and enhance the carbon sinks of the South, particularly its forests. It is estimated by the IPCC that up to 25 per cent of global emissions result from changes in land use, particularly deforestation. Finally, it will require some concessions by developing countries.

Note: This article is based on a presentation entitled “Climate Change and World Trade: Friends or Foe” made at the G8 Dialogue held at the United Nations University on 3 June 2008.

Scale of the climate and energy challenge by David Runnalls is licensed under a Creative Commons Attribution-NonCommercial-ShareAlike 3.0 Unported License.

He has served as Co-Chair of the China Council Task Force on WTO and Environment. Runnalls was the Leopold Fellow at the Yale School of Forestry and Environmental Studies and a member of the federal External Advisory Committee on Smart Regulation (EACSR). He served as Chair of the Adjudication Panel for the ALCAN Prize for Sustainability.