The Many Shades of Fragility 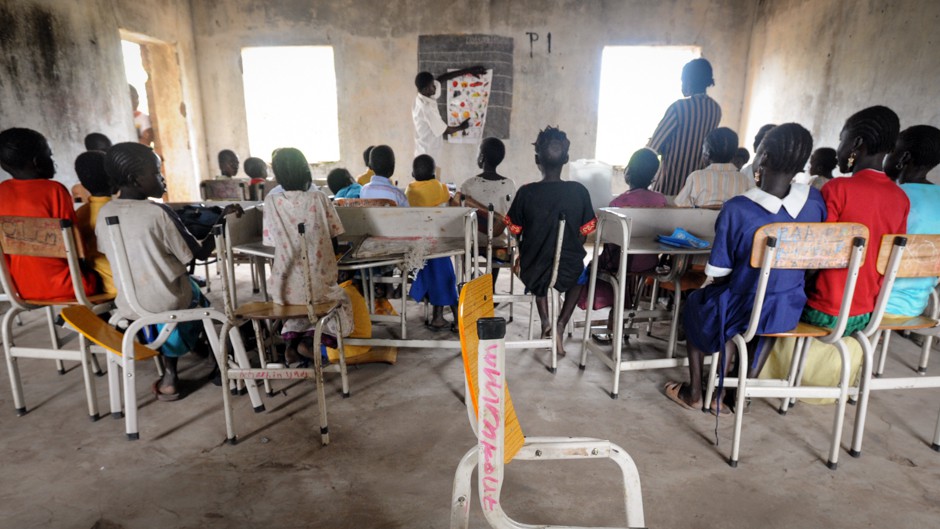 Despite many successful transitions towards peace and multiparty electoral systems, there are still 47 fragile states and economies in the world according to the Organisation for Economic Co-operation and Development. Around 1.5 billion people are affected by conflict and political instability. Most of them live on the African continent. Aid organizations are increasingly focusing their efforts on these people, but they are facing all kinds of challenges related to the very nature of fragile states, of which some are chronically weak — others are in conflict, while some are recovering from conflict.

The international community has built up extensive knowledge on peacebuilding and peace operations, although many challenges remain. It knows less about building states. Such continuing challenges are among the factors behind the ‘New Deal’ for fragile states that was launched at the 2011 Busan High Level Forum, and there are more recent calls for addressing issues of fragility in the post-2015 agenda.

What these situations have in common is the inability to fulfil basic state functions, including the provision of public goods to their populations, either because of a lack of political will or a low capability. A genuine national development vision might be lacking, or there is institutional inability to make that vision real. In the first case an incentive for political will and a framework for dealing with different actors may be in order. In the second case it might be more about providing technical advice and capacity-building.

In other words, context matters a lot.

In the ReCom research programme, one of the core aims is to unpack contextual factors to be able to take into account specific conditions of fragile states which in turn can serve as a guide for how policies, practices, and institutions can successfully be adapted to local conditions.

These thoughts are also an important part of the ReCom position paper on governance and fragility. At the 23 October ReCom results meeting ‘Challenges in Fragility and Governance’ in Copenhagen, UNU-WIDER research fellow Rachel Gisselquist presented the main ideas included in the draft version. She invited the audience to give feedback and comments that could be included in the final paper.

The meeting was arranged by our ReCom collaborator, the Danish Institute for International Studies (DIIS), and video recordings from the sessions can be found here.

Some of the discussion concerned the concept of ‘the state’ and actually went beyond purely theoretical considerations. Donors tend to look at their own home countries as role models, including the concept of ‘good’ governance. But in fragile situations this might not be very relevant. Instead, ‘good enough’ governance and attention to minimal requirements for development support might be used to guide a more realistic approach, where not all concerns are addressed at the same time.

One core question in the discussion was: with whom should aid agencies work in fragile states where the reach of government is limited? What is the state and what is non-state, which actors are acceptable partners and what are the long-term implications of making a choice?

Peter Albrecht, a researcher at DIIS, advocated for an expanded understanding of what the state is, to include actors at the local level. Donors should always strive to build on the context in which local people live. “Traditional leaders are often deeply embedded in the national legislation. The only non-state to me is rebel groups that try to topple the government.”

Here, Claire Mcloughlin, a senior research fellow at IDD, University of Birmingham, issued a warning: “Local is not an unproblematic term and shouldn’t be romanticized.”

There are local interests at stake which make assumptions of inclusion difficult. Therefore a good assessment is key to successful interventions, but the timeframe is often limited.

Albrecht also stressed the importance of formal actors: “Bypassing central government is not doable if you want a strategic long-term effect of what you do, no matter how weak the institutions are”.

Different aspects of aid in fragile states were discussed during the day. Birgitte Lind Petersen, a researcher at DIIS, pointed to the importance of education. Teaching usually ends right away when a country is dragged into a conflict. Considering that half of the population in fragile states are less than 30 years old, this is a core issue. “Education creates a sense of hope and future, which is important in itself even if it doesn’t immediately lead to a job.”

She also established a catchphrase that reoccurred during the day: “Donors need to act fast and stay long”, bridging humanitarian and development aid. And they need to understand that success at scale is expensive. Moving from small pockets of success to larger projects requires large-scale spending. This also implies that only the most capable persons, with deep local knowledge and flexibility to local circumstances should be contracted to do the job.

Nauja Kleist, a senior researcher at DIIS, has looked at remittances, which often are a financial resource larger than foreign aid for fragile states. Remittances also tend to be counter-cyclical in the sense of becoming more important in fragile situations. In Somalia, for instance, around 40 percent of the population relies on financial support from abroad. In this context the decision by Barclay’s Bank to end money transfers to the country is no less than a “catastrophe”, she said.

Nauja Kleist advised donors to work together with diaspora groups to improve the performance of money transfers, but noted that there is a dilemma discussed earlier: with whom should you work? Who is really a representative of a group larger than family or tribe? What long-term tensions might arise from collaborating with the ‘wrong’ group?

During the afternoon there was a panel session on the policy implications for development cooperation. One of the themes was flexibility on the ground, or as Swedish Ambassador Jöran Bjällerstedt, Special Envoy for Somalia, said: “We need to handle risk instead of avoiding risk.”

Ellen Margrethe Løj, a former UN Special Representative for Liberia, agreed. Donors dealing with peacebuilding are too risk-averse. She also noted that it is much easier to do planning for fragile states “in an air-conditioned office at the UN building in New York” than on the ground. Løj added that working with local organizations in these conditions requires viewing them with a critical eye because these ‘briefcase civil society organizations’ often only represent themselves. “We have to be innovative in dealing with civil society organizations and double-check who they represent. It takes time to build them so that they are viable.”

This was the second to last of our ReCom results meetings. The last was the 16 December 2013 results meeting on ‘Aid for Gender Equality’ at the Eigtveg Pakhus in Copenhagen.

The Many Shades of Fragility by Carl-Gustav Lindén is licensed under a Creative Commons Attribution-NonCommercial-ShareAlike 4.0 International License.
Based on a work at http://www.wider.unu.edu/widerangle/en_GB/feature-articles/.