Treading a Fine Line between Trade and Conservation to Fight Biopiracy 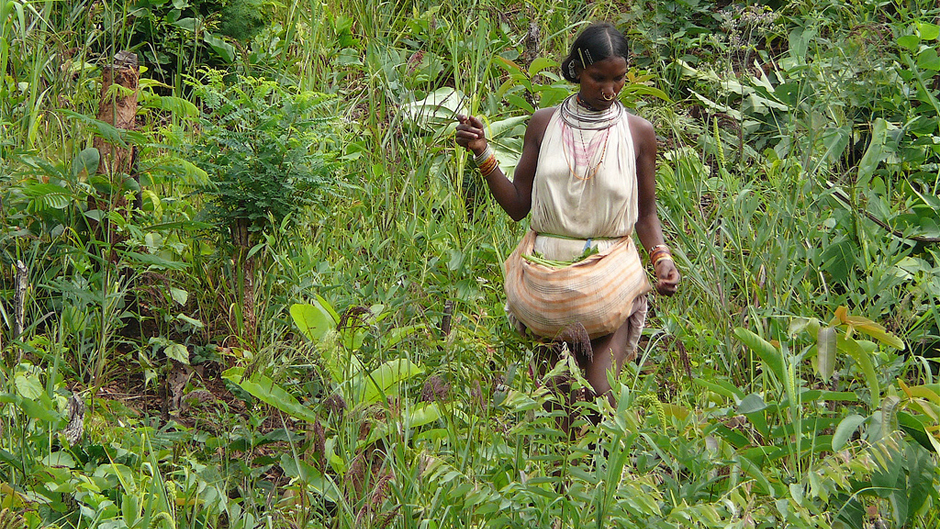 At first glance, the hoodia and turmeric plants couldn’t be more different. The first is a spiky cactus that grows in the Kalahari desert in Africa and has traditionally been used by the San Bushmen to prevent hunger while hunting. The other, native to India, is used to flavour food and as a medicine for a variety of ailments.

But in 1996, both plants found themselves at the center of “biopiracy” rows. Hoodia’s appetite-suppressing compounds were licensed, without the consent of the San, to a pharmaceutical company that used it to make a slimming pill. Turmeric, or curcuma longa, was patented by a US company for its wound-healing properties despite the fact that it had been used in India for the same purpose for centuries.

The claims were challenged amid a public outcry and the disputes were eventually resolved. But the high-profile cases underline how biological resources and local associated knowledge are often up for grabs by scientists and pharmaceutical and biotech companies — in many cases without acknowledging or compensating the communities that discovered and used it for centuries.

There are now hopes that a major international agreement could help combat the problem. In October last year, the Nagoya Protocol, part of the better-known 1993 United Nations Convention on Biological Diversity (CBD), came into force.

Signed by over 90 countries, the Protocol seeks to ensure that species-rich developing nations no longer provide free prowling grounds for research companies to seek out plants, animals and other biological matter and use them to develop, patent and sell new drugs, crops, seeds and vaccines. It is designed to create new incentives for countries to protect their natural wealth while enabling businesses to develop new products from biological resources in a sustainable way. 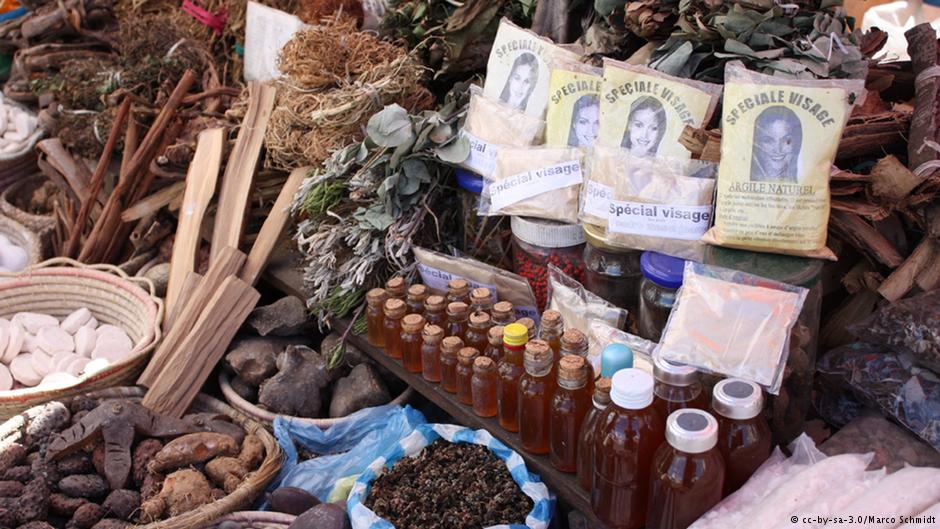 It comes amid rising urgency to protect the world’s diminishing species diversity. A report last year by the London Zoological Society suggests that wildlife populations of mammals, birds, reptiles, amphibians and fish have halved in the last 40 years.

“The Nagoya Protocol is a huge opportunity that can help the parties bring down the cost of biological conservation,” CBD Executive Secretary Braulio Ferreira de Souza told the Inter Press Service last year.

The Protocol requires scientists to enter “access and benefit” agreements (ABS) with resource-rich countries. For instance, a European biotech company that collects plant samples in Brazil — home to the world’s largest rainforest — and develops a medicine from them would be required to share profits with the Brazilian government and any local people who traditionally used the plant.

In turn, the earnings would be expected to help Brazil finance conservation work. The company would also need permission to conduct research, to harvest and use the native plant. Laws governing such transactions already exist in some countries, but the Nagoya Protocol is the first time that a legally-binding international system is in place to ensure fair benefit-sharing.

“Under the CBD, the use of genetic resources in countries which generate commercial benefits went largely unregulated,” Krystyna Swiderska, senior researcher at the London-based International Institute for Environment and Development (IIED) says. “But the Nagoya Protocol is a stronger legal instrument which also requires user countries (of genetic resources) to introduce measures to ensure compliance with access and benefit sharing legislations of resource-providing nations.”

In addition, Swiderska says the Nagoya Protocol also has “stronger provisions” for indigenous and local communities who often play a critical role in developing and conserving traditional crop varieties and medicinal plants.

She points to the Nagoya Protocol’s requirement for countries to support so-called “community protocols”. These are sets of rules in which communities can draw up procedures for access and benefit-sharing. A few case studies illustrate how they work.

Swiderska says community protocols developed by farmers in Peru’s Potato Park have helped conserve traditional crops and share benefits from their use equitably among communities. Writing in Scidev, Swiderska refers to another case of healers in Bushbuckbridge, South Africa using community protocols to conserve medicinal plants and negotiate more effectively with a cosmetics company.

“Community protocols for ABS provide a useful tool which can help communities to secure their rights over their traditional knowledge and genetic resources and to improve the conservation of biodiversity,” Swiderska says.

Devil is in the detail

So far so good. But, some experts say actual implementation remains problematic. Shalini Bhutani, a biodiversity specialist at environmental organization, Kalpavriksh, in India, says the Protocol essentially relies on how effectively a resource-providing country sets up its own national ABS regulations.

“But India’s biodiversity regime and technical and administrative capacity remain weak,” Bhutani says. “Implementing ABS is a challenge at all levels.” That’s despite the fact that the country passed a Biodiversity Act in 2002 and has some experience with access agreements.

She points to a 2007 agreement that India’s National Biodiversity Authority entered with Pepsi India under which the drinks maker paid around 64,000 Euros to access a type of dry sea weed from the Gulf of Munnar area in the southern state of Tamil Nadu and export it to South East Asia for commercial utilization in the food and cosmetics industry.

But local communities in Tamil Nadu are yet to see the benefits, Bhutani says. “We don’t have a system in place to monitor the post-access process,” she says. “And that means there are serious questions about whether the benefits will really be shared and whether they will trickle down to local communities and be plowed back into biodiversity conservation in the long run.”

And, with indigenous communities being some of the poorest groups in India, Bhutani says they often lack a lobby to push their demands for equitable sharing of benefits from the government.

Another worry is that the Nagoya Protocol is dominated by commercial bio-trade interests rather than conservation priorities. Many governments of user countries have essentially bowed to commercial interests, some say, watering down the effectiveness of ABS measures. “Industry lobbies are strongly advocating for voluntary rather than legal measures,” Krystyna Swiderska points out. “The EU and UK regulations are centred on ‘due diligence’ and are quite weak in terms of enforcement and sanctions.”

Bhutani says India too has faced lots of pressure from companies in the EU, US, Canada and Japan who want access to its resources. “The whole ABS mechanism is based on allowing access to companies and trading in biological resources,” Bhutani says. “So the Nagoya Protocol, which is supposed to be a conservation treaty has turned into a commercial agreement.” 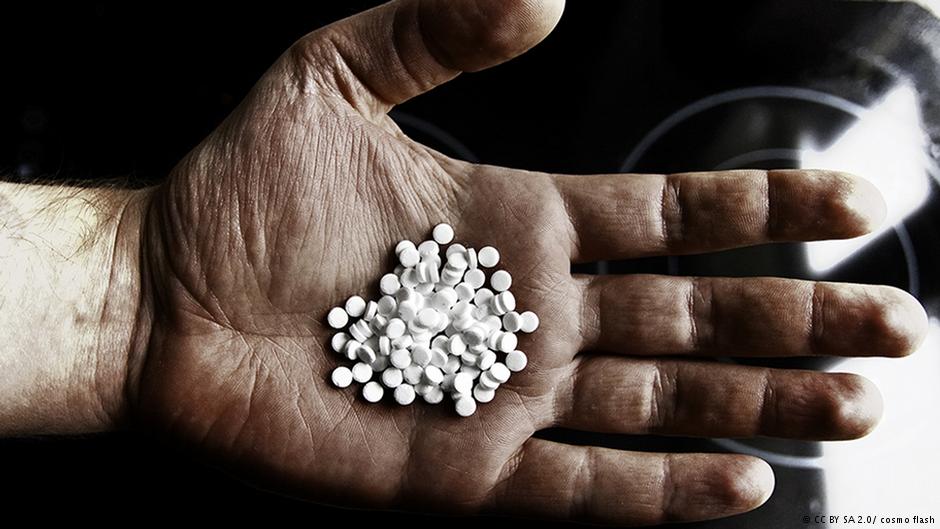 But, Maria Julia Oliva, who advises companies on equitable trade practices and access and benefit sharing at the Netherlands-based Union for Ethical BioTrade (UEBT), says there is a growing interest among companies working in sectors such as as agricultural biotechnology, pharmaceuticals, horticulture and industrial biotechnology to understand and implement the concepts around ABS.

“You still have old-school researchers who will find it difficult to understand that the lay of the land for bioprospecting has changed,” the senior coordinator for policy and technical support says. “But by and large companies are well aware that their practices need to evolve and reflect these new concepts. If you go to trade fairs for food and cosmetics, there’s always some event talking about ABS. The mood there has really shifted.”

While environmentalists say it may still be too early to say whether the Nagoya Protocol will help curb claims of biopiracy and boost conservation and community rights, others say it’s already helped change the way the debate on the issue is conducted.

“One of the contributions of the Nagoya Protocol is moving away from a protective approach to genetic resources to realizing that there is a need to study and identify interesting genetic information and develop related technologies for a leaf to become a product that can make monetary benefits,” Maria Julia Oliva says. “So, countries are now looking to facilitate the engagement of companies but at the same time ensuring that it’s done in a fair and equitable way.”

The Tragedy of Conservation