Valuing the Priceless: Greenland and the World Parks Congress 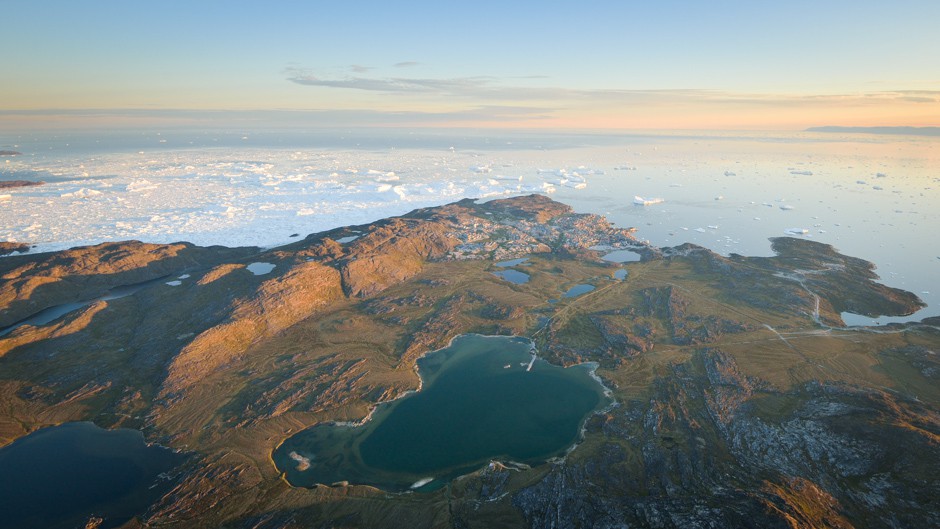 Last week, an audience comprising presidents, prime ministers and more than 5,000 delegates was listening closely to Greg Hunt’s opening address at the 2014 IUCN World Parks Congress. As Australia’s Minister for the Environment, he had the somewhat unenviable position of speaking for a host nation that has recently been linked to a number of high profile turnarounds on environmental policies — the scrapped carbon tax legislation, the halt on the establishment of 40 new marine parks and the attempt to take climate change off the agenda, just to name a few.

But there was good news as well: Minister Hunt announced that Australia had just achieved its goal of having 17 percent of its lands in protected areas. Minutes later, the sentiment was echoed by the New South Wales State Minister for the Environment Rob Stokes who traced the etymology of “park” back to ancient Rome when parricus referred to the fences themselves rather than the land they enclosed.

But a surprisingly common talking point during the World Parks Congress was just how much action is needed on the other side of the fence: outside of protected areas. The concern is that even though the pressures of unsustainable use can be reduced through the designation of protected areas, there is a potential for such activities to simply be displaced into other surrounding areas. Multiple speakers focused on the need for holistic approaches that couple the protection of “ecologically significant” areas with sustainable management of surrounding areas.

But are there cases in which the height of the fence doesn’t matter? Where even the strictest levels of protection aren’t enough? 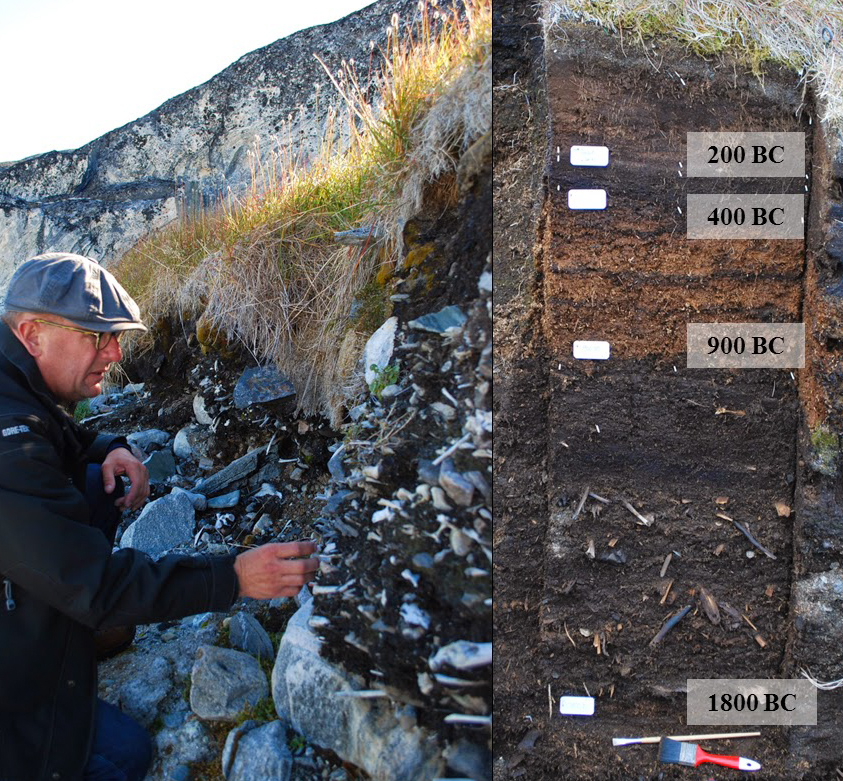 A kitchen midden found at Qajaa with thick layers of bones, food remains, worn-out tools and other refuse (left). A cross section down through the midden reveals erosion from earlier times and the midden’s history, layer by layer (right). Photos: Jesper Stub Johnsen, 2010.

Such questions may have been on the mind of audience members during a presentation by Jørgen Hollesen, a Senior Researcher at the National Museum of Denmark. Hollesen’s recent work has taken him to Greenland, the world’s largest island, where small communities have subsisted along the coastlines for thousands of years.

A combination of continuous habitation stretching across millennia and bitingly cold temperatures has left the coasts of Greenland peppered with over 5,000 registered archaeological sites.

While many of the world’s ancient sites may yield pottery shards and stone sculptures, in Greenland even the organic matter has been excellently preserved due to the cold temperatures. How well preserved? A 4,000-year-old tuft of hair excavated from a midden (refuse heap) in Qeqertasussuk was so well preserved that DNA sequencing could be conducted, leading to unprecedented insights into early humans. In an almost comical finding, the DNA sequencers discovered that this lost bit of hair had come from a man with a “risk of baldness”.

And it’s not just hair — excavations have yielded knives with their 4,000-year-old wooden handles intact, carved wooden panels from Viking times and even remarkably well-preserved mummies. Three distinct cultures are already known to have inhabited the coasts of Greenland — the Saqqaq, Dorset and Thule (not to mention the waves of Norse settlers from Europe) — and many questions about their daily lives remain unanswered.

But temperatures are increasing. Ongoing research by Hollesen is focused on understanding just how quickly this process is happening and how it will impact the sites. A recent paper based on a four-year study of a 4,000-year-old permafrozen site, Qajaa (West Greenland), found that the top half-meter of soil was already reaching temperatures above the freezing point. Moreover, Hollesen and his co-authors found that each 1°C increase in soil temperature corresponded to an 11–12 percent increase in the rates of decay in archaeological wood.

Two knives from Qajaa, 16.0cm long (left) and 16.8 cm long (right). The knife blades are made of killiaq (silicified slate) and the handles are made of two joined halves of driftwood lashed together and clamped around the blade. On the left knife handle, one can see carved incisions meant to secure the lashing. Photos: John Lee.

With the Arctic expected to be 7.5°C warmer by the end of the century, the vast cultural heritage that is frozen in time in the soils of Greenland may simply rot away.

In addition, there’s the possibility of a reinforcing cycle taking hold, because decaying organic matter produces heat. More heat means more melting, and as the frozen mix of soil and ice that has effectively kept these sites locked in anaerobic conditions begins to thaw and drip away, oxygen seeps in, feeding microbes that cause the process to gather speed. In thawing soils, thin layers of scrub are replaced by increasingly robust plants with stronger roots that penetrate ever deeper into the soils and any artefacts they may contain.

With an estimated temperature increase of up to 7.5°C in the Arctic by the end of the century, there’s a very real danger that the vast cultural heritage frozen in time in the soils of Greenland will simply rot away.

Considerable efforts have been made to locate, designate and protect these sites (the Ilulissat Icefjord where Hollesen and his colleagues conducted their research in Qajaa, for example, is a UNESCO World Heritage Site). However, with over 5,000 sites already designated and estimates that as many as 10,000 may exist, archaeologists and the people of Greenland are faced with an impossible challenge — prioritizing what to save when it can never be known what will be lost and when every item is beyond valuation.

Conservationists sometimes point to the rate at which new species are being discovered and the rate at which species are going extinct, arriving at the inevitable conclusion that many species alive in our world today will disappear before they are ever discovered. For some, this may conjure vague thoughts of obscure beetles or an unassuming patch of algae — species that are unlikely to garner the same attention as charismatic pandas or eagles.

The example from Greenland, however, makes such losses more personal. Over the coming decades, a piece of humanity’s shared history will fall victim to rising temperatures and microbes. Researchers are now working to identify sites that are most severely threatened as well as those that should be prioritized for excavation.

Is this the future of biodiversity conservation as well? The Convention on Biological Diversity’s target of stopping the loss of biodiversity by 2010 remains unmet, and was followed by a set of 20 ambitious Aichi Targets. But at some point will the world be faced with the same impossible challenge as Greenland: realizing that not everything can be saved, and prioritizing the conservation of things that are beyond valuation?

Following an audience question about how many of Greenland’s sites could potentially be excavated by 2050, Hollesen replied “I don’t know exactly, but few. Very few.”

Valuing the Priceless: Greenland and the World Parks Congress by Robert Blasiak is licensed under a Creative Commons Attribution-NonCommercial-ShareAlike 4.0 International License.