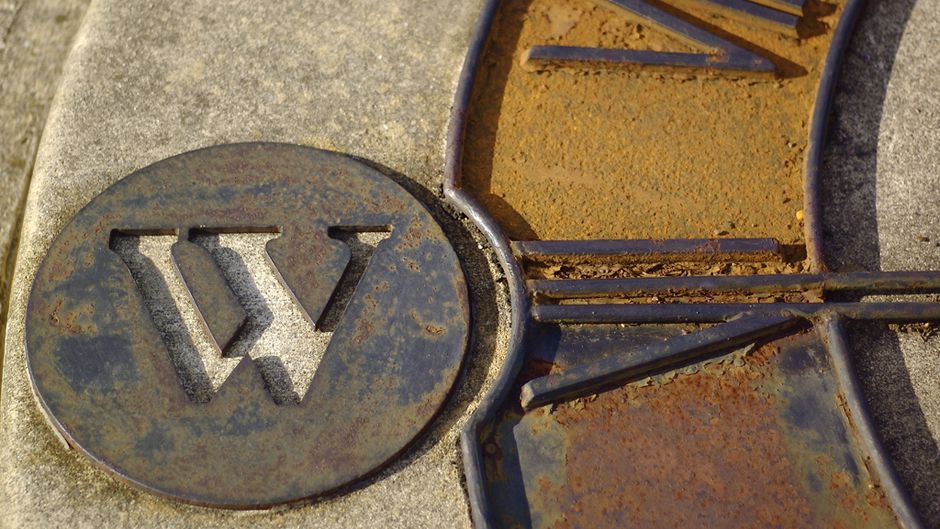 Modern economic growth started in the West, not because of the efficiency of various capitalist institutions (elimination of serfdom, free cities, universities). It was the redistribution of wealth and income (enclosure in Britain) that resulted in an increase in savings and investment, allowing for an acceleration of productivity growth. It was not an abundance of competition or entrepreneurship, or ideas for technological innovations that allowed the West to accelerate productivity growth.

Instead, it was first and foremost the abundance of savings and investment that resulted from growing income inequalities that allowed an increase in the capital/labour ratio, and cast in iron the ideas for new products and technologies. To put it differently, the West became rich not due to its inventiveness and entrepreneurial spirit, but due to the merciless dismantling of peasant community that previously provided social guarantees to the poorest.

In some developing countries (Latin America and Russia, for example) that replicated the Western route, economic growth also accelerated from the sixteenth century onwards, however not as much as in the West so they were still falling behind. In other parts of the developing world (East and South Asia, as well as the Middle East and North Africa) economic growth did not really start until the mid-twentieth century. But when it did finally begin these countries quickly caught up with the first group and continued to bridge the gap with the West (Figure 1). Why the difference? 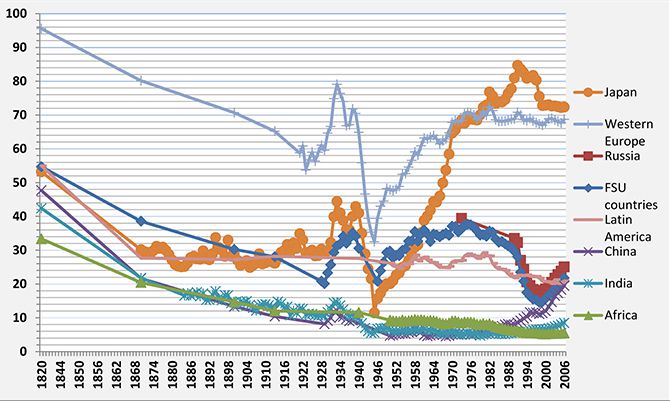 The second group of countries — East and South Asia, and the Middle East and North Africa — were less affected by colonialism and managed to retain their traditional community (collectivist) institutions that prevented the rise in income and wealth inequalities. This delayed the take-off point until the mid-twentieth century, but permitted them to preserve low inequality and strong institutions — a beneficial starting position for future economic growth. 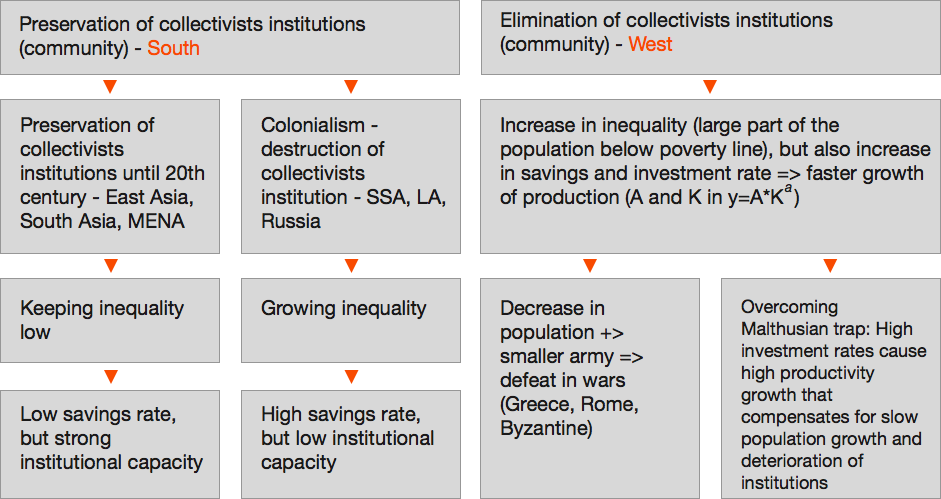 There is evidence that these two groups of developing countries are very different in terms of income inequalities and the capacity of state institutions as measured by objective indicators — for example, homicide rates (violation of the state monopoly on violence), and the shadow economy. To take a closer look at the two trajectories of catch-up development among the non-Western countries, I examine in greater detail the differences in institutional and economic development of China and Russia in the long term — the period of socialism and before — and in the short term (since market type reforms).

China’s liberation in 1949 was similar to Russia’s revolution in 1917, not only because communists came to power in both countries but because traditional collectivist institutions, undermined by preceding Westernization, were re-established and strengthened. However, in Russia, the 1917–91 communist regime just interrupted the process of transplantation of Western institutions that had been going on since at least the seventeenth century. Whereas in China, the 1949 liberation returned the country to the long-term institutional trajectory that was briefly (and only partly) interrupted after the Opium Wars.

To put it differently, Russia had already been Westernized before 1917, and collectivist institutions that were introduced by the revolution had already been largely alien to previous long-term institutional development. On the other hand, China aborted the unsuccessful Westernization attempt (1840s–1949) and returned to collectivist (Asian values) institutions. What was a passing episode and deviation from the trend in Russia was a return to mainstream development and the restoration of a long-term trend in China. Hence, economic liberalization from 1979 onwards in China — even though accompanied by growing income inequality, increasing crime and murder rates — did not result in institutional collapse.

Whether we try to explain differences in Chinese and Russian economic performance under central planning (China 1949-79, Russia 1917/29–91), or recently, since the start of market reforms in China (1979) and Russia (1989), the various trajectories of institutional development turn out to be the crucial factor. This is not to say that these trajectories totally pre-determine all economic outcomes; other factors, including good and bad policies, certainly do play a role. But, as the saying goes, there is nothing more endogenous than government policy — it is not easy to have good policies with bad institutions. In practice, there are only so many historical junctions where there is a chance to change policies and to move to a different trajectory of institutional development.

Varying Growth Trajectories of West and South by Vladimir Popov is licensed under a Creative Commons Attribution-NonCommercial-NoDerivatives 4.0 International License.

Vladimir Popov is an Advisor at the UN Department of Economic and Social Affairs, and Professor Emeritus in New Economics School, Moscow. He is the author of Mixed Fortunes: An Economic History of China, Russia, and the West, published by Oxford University Press, 2014. He was a Senior Research Fellow at UNU-WIDER during 1996-98 and a member its Board over 2000-10.