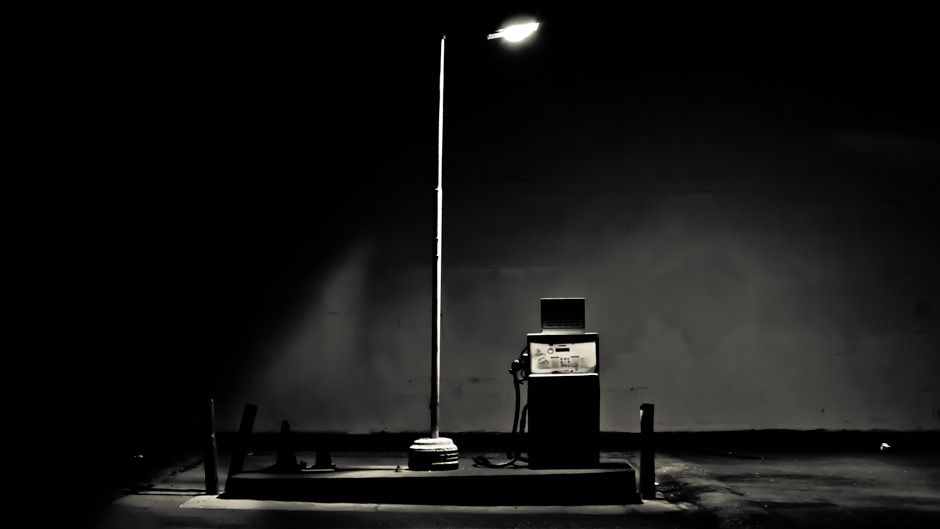 Anyone who has been to Indonesia knows that petrol, particularly for motorbikes, is as much as necessity of daily life in Indonesia as nasi goreng (fried rice) and es teh (sweet iced jasmine tea).

That is why it is such a big decision for the Indonesian government to set the stage for a rise in fuel costs and by association food, which is heavily dependent on the oil price.

Indonesia’s parliament has voted to enable president Susilo Bambang Yudhoyono to raise the country’s oil prices for the first time since 2008, despite nationwide protests against any potential rise.

The last time prices rose significantly was in the shadow of the Asian Financial Crisis in 1998, when the region’s longest standing dictator Suharto was forced from office.

Indigenous oil production in Indonesia, once a net-exporter, peaked in 1995 and from that time on has declined by around 3% annually — a pattern that is recurring across the globe for many former oil exporting nations.

Today, many Indonesians living below the $2 per day mark will be hard hit by the proposed rise to 65 cents per litre. The government therefore, like many across the developing world, is being wedged between a burgeoning population accustomed to subsidized oil, and increasing budgetary pressures as a result of declining oil stocks. As Our World 2.0 reported in 2011, the world’s fourth largest country has already passed the point of being a net oil importer and this has increased, by many billions, the cost to the state of subsidizing oil.

Not that there hasn’t been a benefit to this subsidization in one of the world’s rising economic sleeping giants. Artificially low oil prices have enabled millions of people to cook, eat and travel to work and school cheaply; thousands of factories can operate and even “compete” in global markets thanks to a little government support.

On the downside, subsidies have created an expectation that low prices are the norm. With peak oil moving closer globally and with oil prices spiking yet again (bouncing around over US$100 per barrel), subsidies become economically unsustainable. So the question becomes: at what point should a government begin to decrease an oil subsidy and how, if ever, can this be done without severely impacting the poorest?

The question about oil subsidies is of course not confined to Indonesia. One country in which the benefits of oil production and government subsidies have definitely not flowed on to the general population is Nigeria — the major oil producing nation in Africa. In January, the maligned and not aptly named President Goodluck Jonathan attempted to remove the long-held government subsidy.

In a familiar picture under the pressure of protests, Jonathan’s government backed down somewhat and returned 60% of the oil subsidy, although it plans to stick to its deregulation agenda because of the budgetary pressures it has created.

To put this into perspective, this item alone represents 30% of the country’s national budget and is “crowding out” expenditure in crucial areas like education, which receives just 8% of government expenditure.  Nigeria’s resource curse, as in many other countries, is also blamed for entrenching high levels of corruption.

Elsewhere, in the 13 non-oil producing countries in Africa (e.g., Ethiopia, Senegal, South Africa, etc), reliance on oil imports almost works to cancel out the benefits of aid and debt relief. Alex Evans over at Global Dashboard points to findings from the International Energy Agency showing that:

Evans, who was writing from Ethiopia, explained how pervasive the impacts of oil import prices are with “periodic moments when everyone in Addis Ababa is driving around looking for gas stations that still have diesel in stock.”

Cheap for some, expensive for others

Cheap oil is of course a relative phenomenon — what is cheap in Nigeria and Indonesia would be considered obscenely expensive in Venezuela and Saudi Arabia where government subsidies are more of a birth right than free speech.

In the developed world, rising pump prices will certainly make life harder, but in all but a few cases, not so hard that people won’t be able to afford food. In the United States (US) where “gas” prices are amongst the cheapest in the developed world, thanks to some government cushioning, a 12% price rise from 12 months ago is causing consternation.

It has been estimated that the US government provides around $4 billion in subsidies to the major oil producers each year. Yet recent attempts by President Obama, and the past efforts of his predecessors, to wean the industry off of subsidies have proven fruitless.

Perhaps what we need, as Bill McKibben recently argued, is a clear set of rules about what we should and should not subsidize. McKibben’s second rule, “don’t subsidise people forever” should, logically, resonate with a resurgent Tea Party-led right-wing in the US concerned about debt and deficits burdening current and future generations. But are oil subsidies even on the public’s mind as a measure to reduce the debt?

Over at the EcoCentric blog, Peter Hanlon argued that the most recent measure “wouldn’t have touched coal or natural gas companies, just the five largest, most profitable oil companies in the world. Yet even with overwhelming public support to strip tax credits from the oil and gas industry — 74% are in support, according to a recent poll — the Senate didn’t deem it proper to cut off the supply of public dollars for five companies with about $1.8 trillion combined in revenue at their disposal”.

Watch this hyperbolic space for growing attempts by Republicans to change the US presidential election conversation away from the dire economy, which is starting to grow jobs again, and towards rising pump prices. Previously Our World 2.0 cited the idea held by many energy economists that there is a tension between a growth economy and low energy prices.

“Currently, we are more than likely just taking off on the beginning of another energy price-spike, spurred on by global economic growth, that will once again lock world governments into an economic cycle of boom and bust,” is what we said in January 2010. Time will of course tell if this contention is supported empirically in this volatile economic climate.

So with oil subsidies in Indonesia, Nigeria and the US, or frankly any country in mind, we ask whether or not they are worth the price. If they are, when and where do they work? If they aren’t worth the price, does any political leader have the policy fortitude and trust of the electorate to cut subsidies? How can governments develop sustainable energy policies without the distorting effects of subsidies? Would you be willing to accept the end of oil subsidies and be able to pay the real price for petrol?

Are Oil Subsidies worth the Price? by Mark Notaras is licensed under a Creative Commons Attribution-NonCommercial-ShareAlike 3.0 Unported License.