Balloon Effects: Expect the Unexpected When Managing the Global Commons 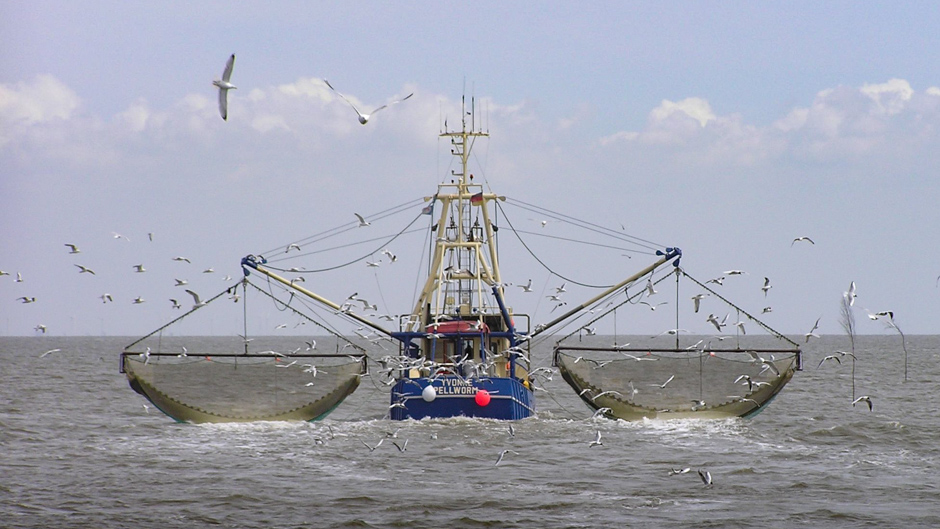 Imagine a plastic balloon filled with air. When you poke or squeeze it, the air is displaced from one area to another. Remove the pressure, and the air flows back to its original position. This is the simple imagery of ‘balloon effects’, an analogy for the shifting pressures when policies and market forces combine with uneven governance frameworks to produce a range of unintended and often destabilizing consequences.

Strong evidence of balloon effects can be found in many areas of environmental policy and law enforcement, for instance, in illicit activities associated with wildlife and drug trafficking.

In both cases, “squeezing the balloon” by increasing control or surveillance efforts caused the displacement of cultivation activities and transport routes. More importantly, rather than eliminating the problem, this resulted in previously unaffected countries and regions becoming destabilized due to the sudden and unexpected emergence of criminal activity. In 2008, The Guardian reported that Guinea-Bissau — a tiny West African nation “with no prisons and few police” — had become “the world’s first narco state”.

Illicit trade in ivory provides another well-documented example of balloon effects. In 1989 the international community agreed on an international ivory trading ban under the Convention on International Trade in Endangered Species of Wild Fauna and Flora (CITES). However, an unintended consequence of this ban — a weak point on the balloon’s surface — has been a loophole that makes governments solely responsible for controlling enforcement activities within their national boundaries. As a result, the domestic ivory markets in some parts of Africa remained officially unregulated or have simply turned into black markets in countries where corresponding legislation was not in place, while others were de facto unregulated due to weak enforcement capacity.

Furthermore, elephants are inherently migratory animals and often cross national boundaries in search of food and water. In many cases, poachers have been able to move just as freely across international boundaries. Supported by weak border controls and weak states, some poachers have gravitated to countries with little or no regulation of the domestic ivory trade. As a result, countries where substantial declines in elephant populations are concentrated, due primarily to ivory poaching (rather than other factors such as habitat loss or human-elephant conflicts), overlap neatly with largely ungoverned areas mired in corruption and armed conflict.

A failed state, endemic corruption, or long and porous international borders all provide ideal conditions for displacement of illicit activities, which in turn can breed further instability.

In theory, balloon effects will occur at points that are least resistant to external pressure. In the context of an interconnected world and global demand, this suggests that increased monitoring, control or interdiction efforts will cause activities to simply shift to areas characterized by weak governance. A failed state, endemic corruption, or long and porous international borders all provide ideal conditions for displacement of illicit activities, which in turn can breed further instability.

But what about legal production activities? A new research article, entitled “Balloon effects reshaping global fisheries” and published in the July 2015 issue of the journal Marine Policy, explains how international fisheries may be prone to destabilizing balloon effects, with a particular emphasis on fish stocks that extend across national and international boundaries.

At first glance, it seems that marine capture fisheries may face some of the same problems found in drug and wildlife trafficking. After all, in 1982 the UN Convention on the Law of the Sea formalized the Exclusive Economic Zone (EEZ), which generally gives states the sole right to make decisions regarding the use of resources within 200 nautical miles of their respective coastlines, where most commercial fishing activities take place. 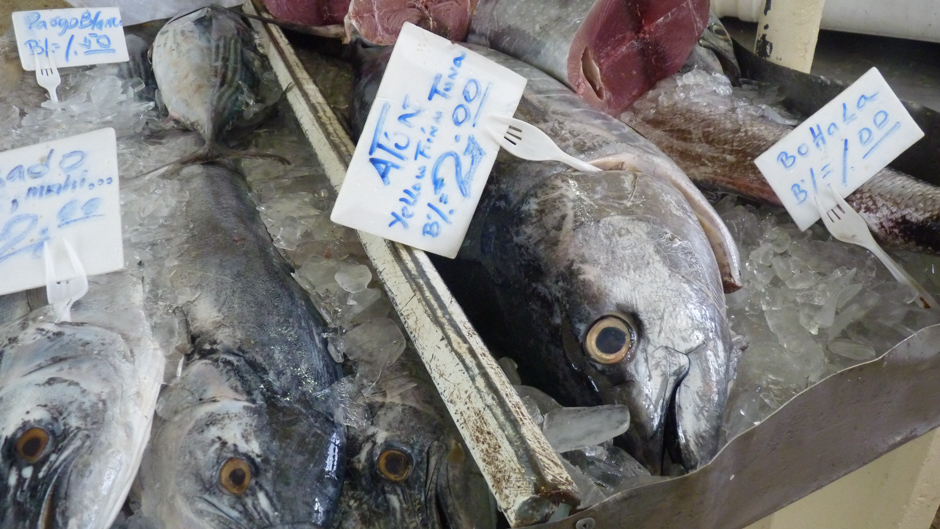 The legal framework rapidly loosens beyond this point, however. The Food and Agriculture Organization describes fish stocks extending beyond the EEZ as “straddling” or “highly migratory”, in some cases ranging over thousands of kilometers of EEZ as well as Areas Beyond National Jurisdiction (ABNJ). Tagged Pacific Bluefin Tuna, for example, have been found to crisscross the entire Pacific Ocean (20,000+ kilometres) over a two-year period.

Of course, there are some inherent ecological limitations on how much geographical displacement is possible (no matter how hard the balloon is squeezed, there will never be massive coca plantations in the Australian outback). However, the vast ranges of highly migratory tuna stocks and strong global demand, makes them particularly prone to such effects.

In 2012, 103 different states reported catches of Yellowfin and Skipjack Tuna collectively totaling over 4,000,000 tons.  With states as diverse as France and Pakistan participating in their exploitation, it is clear that the extent of monitoring and control of fishing gear used, catch quotas, etc. varies tremendously.

New research shows that balloon effects are increasingly squeezing the exploitation of Yellowfin Tuna and Skipjack Tuna into the high seas and the Exclusive Economic Zones of weak national jurisdictions.

The paper argues, however, that “[e]ven disregarding the estimated potential for illegal, unreported and unregulated (IUU) fishing, balloon effects are increasingly squeezing the exploitation of Yellowfin Tuna and Skipjack Tuna into the high seas and the EEZ of weak national jurisdictions. Thus, over a two-decade period from 1992 to 2012, the largest increases have been in Indonesia, Papua New Guinea and the Philippines, while virtually the entire net reduction in tuna catch over this period was attributable to just two countries: Japan and France.”

In the case of highly migratory fisheries, balloon effects also seem to not only be increasing the potential for stock mismanagement and overexploitation, but also causing greater vulnerability for the states engaged in such fisheries. According to World Bank governance indicators, many small island states with vast marine territories have seen a continuous drop in regulatory quality over the past decade (Tuvalu, for example, has a land mass of 26 km2 and marine territory of around 750,000 km2).

This drop in regulatory quality has coincided with a growing focus on lucrative tuna fisheries (Tuvalu’s reported tuna catches tripled from 2009–2012). As the paper points out, “[i]n 1992, only four countries relied on Skipjack and Yellowfin Tuna for the majority of their fisheries production; by 2012 that number had tripled, excluding new entrants”. The growing dependence of small island states on highly migratory tuna stocks makes them increasingly vulnerable to a range of factors that may be largely beyond their individual control: stock collapse, climate-related shifts in distribution, CITES listing, etc.

While the term ‘balloon effects’ is helpful for visualizing certain unintended consequences, it is possible to distinguish among a range of similar related effects, which are frequently interconnected. This has been explored in another recent paper that categorizes these effects more precisely as displacement, diffusion or intensification (DDI), the latter being the case where pressure along the boundaries of a region can cause an intensification of activities within that region. Efforts to monitor these effects are hampered by poor data coverage and resolution. In the case of fisheries, this may be about to change with the development of spatially explicit tracking of fishing fleets, which can highlight how activity changes in response to policy measures. It may also provide an initial policing mechanism for small countries with jurisdiction over large marine areas.

One lesson that can be learned from studying DDI effects is that piecemeal solutions tend to displace, rather than solve, the problem. Cooperation across governmental levels is key, with efforts needed between groups of countries as well as globally. Coordinated efforts, for instance, to harmonize data collection and sharing of wildlife enforcement data would help to increase and converge the levels of capacity, denying spaces for DDI effects to occur. Likewise, the formal agreement at the United Nations in early 2015 — that governments are to establish a legally binding global instrument protect marine biodiversity in the high seas to (designated as Areas Beyond National Jurisdiction) — provides another reason for hope. However, given the nature of dynamic systems and best intentions, unexpected consequences of such a global instrument are to be expected.

Akane Minohara is a Research Fellow at the University of Tokyo Graduate School of Agricultural and Life Sciences. She has been involved in the rebuilding and revitalization of small-scale fishing communities in Japan affected by the March 2011 tsunami. She previously worked for the Secretariat of the International Partnership for the Satoyama Initiative at the United Nations University, where she was also heavily involved in promoting the post-tsunami recovery of satoyama/satoumi communities.