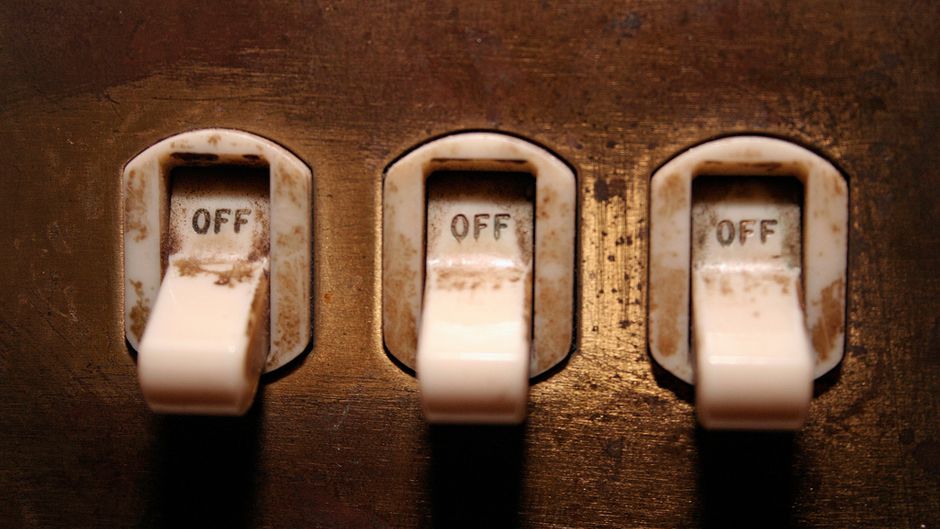 The modern city has been shaped by the availability of cheap oil and resources, and plentiful credit. Massive resource and energy flows have been used to build skyscrapers, heat and cool buildings, move and treat water, feed people, and move them and their goods around.

This expansion of cities involved the stupendous use of energy. Tom Murphy, a physics professor, calculates that US energy use since 1650, including wood, biomass, fossil fuels, hydro, nuclear, etc., has grown at a steady 2.9 percent. Those 360 years of more-or-less steady growth help explain why most governments and industries assume that this growth trend will continue as it has for centuries.

But will it? Ten thousand years ago, a hunter-gatherer needed about 5,000 kilocalories per day to get by. A New Yorker today, once all the systems, networks and gadgets of modern life are factored in, needs about 300,000 kilocalories a day. That’s a difference in energy needed for survival, between simple and complex lives, of 60 times — and rising. Does that sound like a resilient trend?

If you have a job, and live in a city, the signals of change be hard to see. City centres bustle, restaurants are full, and shop windows sparkle. But, like ghost images on the television, other realities impinge: Eerily empty railway stations; new-built malls that never open; well-dressed people at soup kitchens. These small signs are evidence of a system under extreme stress.

The world is not in danger of running completely out of oil. A lot of oil and gas remain in the ground and under the sea. But those reserves cannot drive growth with the same gusto as before. Today’s thermo-industrial economy grew using oil that, if it did not literally gush out of the ground, was easily extracted using oil-powered machines. In 1930, for the investment of one barrel of oil in extraction efforts, 100 barrels of surplus or net energy were obtained for economic use. Since then, that happy ratio has declined ten-fold or more.

In most economic activities, the energy that you can measure — such as the electricity used by buildings, or in an industrial process — is only one part of the picture.

The calamitous decline in net energy is one reason renewables are not the solution. Green energy strategies suffer from an existential flaw: They take ‘global energy needs’ as a given, calculate the quantity of renewable energy sources needed to meet them — and then ignore the fact that it takes energy to obtain energy. In Spain, for example, the Energy Return On Energy Invested (EROI) of their huge solar photovoltaic installations is a very low 2.45 despite that country’s ideal sunny climate.

Our capacity to think clearly about energy is further handicapped by driving blind. In most economic activities, the energy that you can measure — such as the electricity used by buildings, or in an industrial process — is only one part of the picture. A new technique called Systems Energy Assessment (SEA) estimates that the many energy uses that businesses rely on are hidden. Phil Henshaw, who developed SEA, describes as “dark energy” the four fifths of actual energy usage that conventional metrics fail to count.

When pressed, technical experts I have spoken to tell me that for our world to be ‘sustainable’ it needs to endure a ‘factor 20 reduction’ in its energy and resource metabolism — to five percent of present levels.  At first I believed, doomily, that Factor 20 was beyond reach. Then, by looking outside the industrial world’s tent, I realised that for eighty percent of the world’s population, five percent energy is their lived reality today — and it does not always correspond to a worse life.

Take as an example, healthcare. In Cuba, where food, petrol and oil have been scarce for of 50 years as a consequence of economic blockades, its citizens achieve the same level of health for only five percent of the health care expenditure of Americans. In Cuba’s five percent system, health and well-being are the properties of social ecosystems in which relationships between people in a real-world local context are mutually supportive. Advanced medical treatments are beyond most people’s reach — but they do not suffer worse health outcomes.

Another example of five percent systems that sustain life is food. In the industrial world, the ratio of energy inputs to the food system, relative to calories ingested, is 12:1. In cities, up to 40 percent of their ecological impact can be attributed to their food and water systems — the transportation, packaging, storage, preparation and disposal of the things we eat and drink. In poor communities, where food is grown and eaten on the spot, the ratio is closer to 1:1.

My favourite five percent example — a recent one — concerns urban freight. In modern cities, enormous amounts of energy are wasted shipping objects from place to place. An example from The Netherlands: Of the 1,900 vans and trucks that enter the city of Breda (population: 320,000) each day, less than ten percent of the cargo being delivered really needs to be delivered in a van or truck; 40 percent of van-based deliveries involve just one package. An EU-funded project called CycleLogistics calculates that 50 percent of all parcels delivered in EU cities could be delivered by cargo bike.

According to ExtraEnergy’s tests over several years, an average pedelec uses an average of 1 kWh per 100 km in electricity. Once all system costs are included, a cargo cycle can be up to 98 percent cheaper per km than four-wheeled, motorised alternatives. Some e-bikers reckon that electric bikes can have a smaller environmental footprint even than pedal-only bicycles when the energy costs of the food needed to power the rider are added.

John Thackara was asked to write this text as fuel for discussion for “Sharing Energy In The City”, an initiative of French utility EDF and the the French National Research Agency (ANR) that challenges designers to rethink the production, harvesting, distribution, use, exchange and consumption of energy in our everyday life.

Energy: Thriving On Five Percent? by John Thackara is licensed under a Creative Commons Attribution-NonCommercial-NoDerivatives 4.0 International License.
Based on a work at Doors of Perception.

For thirty years John Thackara has traveled the world in his search of stories about the practical steps taken by communities to realize a sustainable future. He writes about these stories online, and in books; he uses them in talks for cities, and business; he also organizes festivals and events that bring the subjects of these stories together.