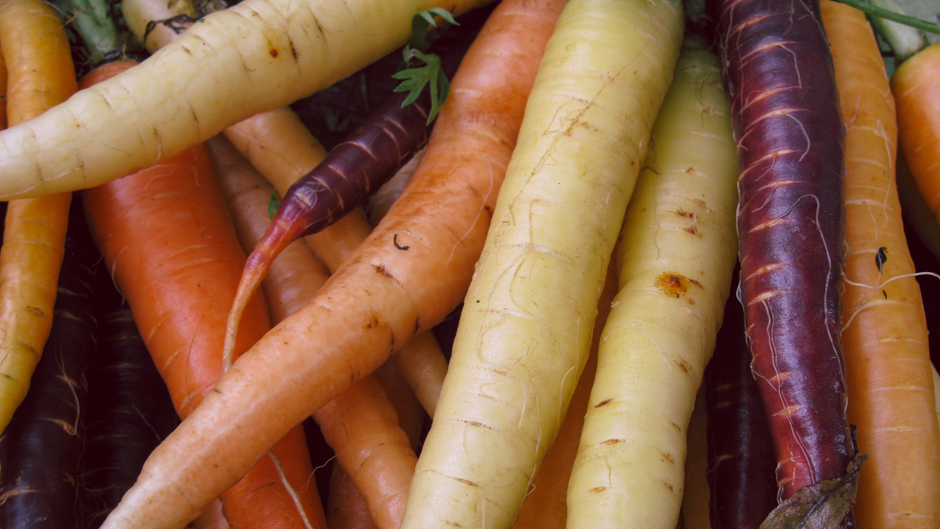 Frank Morton has been breeding lettuce since the 1980s. His company offers 114 varieties, among them Outredgeous, which last year became the first plant that NASA astronauts grew and ate in space. For nearly 20 years, Morton’s work was limited only by his imagination and by how many different kinds of lettuce he could get his hands on. But in the early 2000s, he started noticing more and more lettuces were patented, meaning he would not be able to use them for breeding. The patents weren’t just for different types of lettuce, but specific traits such as resistance to a disease, a particular shade of red or green, or curliness of the leaf. Such patents have increased in the years since, and are encroaching on a growing range of crops, from corn to carrots — a trend that has plant breeders, environmentalists, and food security experts concerned about the future of the food production.

A determined fellow dedicated to the millennia-old tradition of plant breeding, Morton still breeds lettuce — it just takes longer, because more restrictions make it harder for him to do his work.

“It’s just a rock in the river and I’m floating around it. That’s basically what we have to do, but it breaks the breeding tradition,” he says. “I think these lettuce patents are overreaching and if they [were to hold up in court], nobody can breed a new lettuce anymore because all the traits have been claimed.” He continues to work with what is available, breeding for traits he desires while being extra careful to avoid any material restricted by intellectual property rights. He has also joined a movement that is growing in the United States and around the world: “open source” breeding.

If the term sounds like it belongs in the tech world more than in plant breeding, that’s no accident. The Open Source Seed Initiative (OSSI), inspired by “the free and open source software movement that has provided alternatives to proprietary software”, was created to ensure that some plant varieties and genes will remain free from intellectual property rights and available for plant breeders in perpetuity. As part of the initiative, commonly known as OSSI, US breeders can take a pledge that commits the seeds they produce to remain available for others to use for breeding in the future.

That doesn’t mean they can’t build a business with or sell them. What the pledge does is allow farmers who buy seeds from an open-source breeder to cross them with other material to breed their own varieties and save them for future seasons — two things many crop patents forbid. Dozens of breeders and seed companies have committed to OSSI since the initiative’s launch in 2014.

For University of Wisconsin–Madison Professor Emeritus and OSSI board member Jack Kloppenburg, control of seeds and the ability to breed new crops are matters of both food security and environmental protection. Seeds play a role in larger issues like biodiversity, farmers’ rights, control of the food system, and use of agricultural chemicals, which many independent breeders try to avoid or reduce by breeding natural resistance into crops themselves.

Kloppenburg emphasises that the open-source movement is not about genetically modified organisms (GMOs); patents can affect all crops, vegetable, or grain, GMO or conventional, organic or not. “Control over the seed is what’s at the core of all environmental sustainability that we’re working toward,” he says, pointing to the increased consolidation in the global agriculture industry, most recently with the mergers announced between ChemChina and Syngenta in August 2016, and Monsanto and Bayer in September 2016. “If you go to the farmer’s market and you’re interested in buying good, local, sustainably produced vegetables, you also need to understand that most vegetables are coming out of a breeding process that is itself endangered. We will not have food sovereignty until we have seed sovereignty.

Genetic resources have always belonged to the commons, and should continue to be a public good.

OSSI supporters argue that as planting material becomes more restricted through intellectual property rights, the future of the food supply is compromised because the gene pool is continually shrinking. OSSI Executive Director Claire Luby, whose PhD thesis focused on genetic variation and availability within carrots, found that about one-third of all carrot material has been protected by intellectual property rights, rendering it unavailable or difficult for plant breeders to use. Similar estimates do not yet exist for other crops, but experts such as Luby are confident that big commodity crops such as corn are even more heavily impacted than crops such as lettuce and carrots.

A matter of perspective

Growers breed plants to selectively express desirable traits — from those that will improve a crop’s taste or colour, to those that help crops thrive in certain environments and resist threats such as pests or disease. Opponents of crop-trait patents say the increase in patents is shrinking the catalog of plant material available to breeders at a time when the need for genetic diversity is greater than ever, thanks to the less-predictable conditions brought on by climate change.

In an email, Monsanto spokesperson Carly Scaduto recognised the importance of genetic diversity, saying it’s crucial for the company’s operations, and Monsanto works to preserve diversity through its four gene banks and by collaborating with institutions around the world, including the US Department of Agriculture. But she disagreed with the notion that intellectual property suppresses other breeding efforts. “Patents and [plant variety protection] inspire innovation,” she wrote. “Basically, the patent creates a map to allow anyone else to do the same once the patent expires. Oftentimes those ‘how to’ instructions enable others to accomplish the same result by finding another method to get there. So rather than hindering innovation, such protection facilitates it by placing more material and know-how in the public domain.”

When you breed a variety, you breed your own values right into the variety.

Morton, however, argues waiting the 20 years for a patent to expire is no way to encourage innovation, and waiting that long to breed crops that can adapt to changing conditions is a losing battle. Even that misses the main point for Morton, though: genetic resources have always belonged to the commons, and should continue to be a public good, he says. “[Independent plant breeders] have neither the time nor money for such formalities, and monetary incentives are not what move us. We want to improve farming for farmers. That’s a different motivator, not promoted by stifling the free use of the best and newest genetic resources.”

Furthermore, Morton takes issue with the very concept of patenting a plant trait. “You didn’t actually create it,” he says. “The plant created it, and the plant breeder has no idea how the plant created that trait. It is just nature at work.” 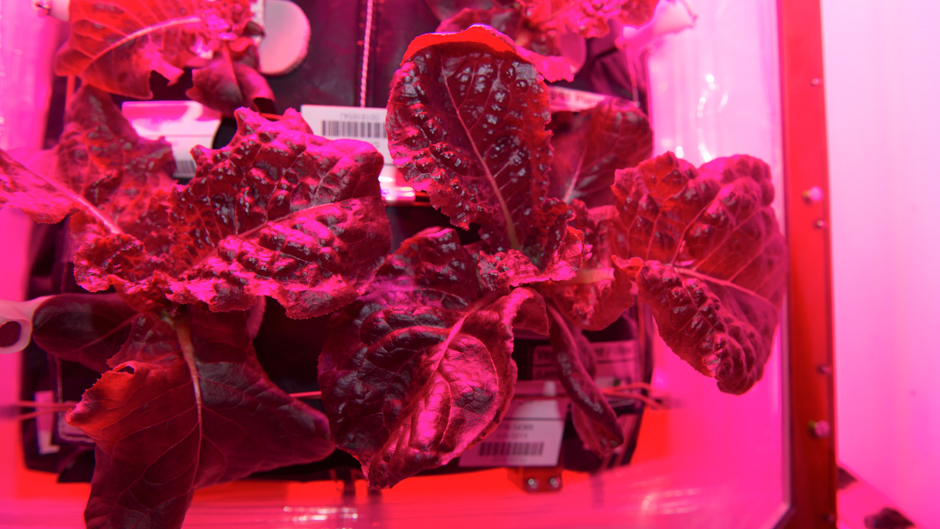 For Carol Deppe, an Oregon plant breeder and OSSI board member, there’s another component to breeding that’s important. “When you breed a variety, you breed your own values right into the variety,” she says. “If you believe in huge agribusiness farms with monocultures that are managed with massive doses of herbicides, then you breed your concept of what agriculture should be like into that variety. I do exactly the opposite.”

While a handful of medium-sized companies (those with international markets but smaller than, say, Monsanto) hold patents, most smaller seed companies are able to survive without patenting — they either are opposed to the practice, have decided the process is too costly to be worthwhile, or both.

Morton argues that avoiding intellectual property protection also encourages more active breeding. “Seems to me that my incentive to crank out new stuff is stronger than [companies that patent]. I need new stuff constantly to feed my catalog with new material, knowing that my competitors will be selling my varieties within a few years,” he says. “A patent creates a 20-year insulation against competitive intrusion, which seems pretty cushy from my perspective.”

While the US seems to be leading the open-source charge, the concept is rapidly spreading around the world. In India, the Centre for Sustainable Agriculture, which describes itself as a professional resource organisation, runs an open-source seed program, working with farmers to preserve seeds for traditional food varieties and to involve them in breeding new varieties that meet specific needs. The organisation also helps farmers access and market open-source seeds. German organisation Agrecol is in the process of launching an open source “license”, essentially a more formal, legally binding version of the OSSI pledge for breeders in the European Union. (Regulations governing breeding differ from country to country, so the OSSI pledge cannot simply be adopted as-is in Europe or elsewhere.) In early November the European Commission, the EU’s executive body, declared that conventionally bred plants should be nonpatentable, marking a shift from the European Patent Office’s current stance, which permits patents for conventionally bred crops. The statement is not law, however; it will now be up to European governments to push the patent office to implement the commission’s statement.

In October 2016, the Dutch organisation Hivos hosted a conference on open-source seed systems in Ethiopia, attracting farmers, community seed bank operators, and representatives of governments, non-governmental organisations, and seed companies from around East Africa to learn about the open-source seed movement and the global shift toward patenting seeds.

Willy Douma, who runs Hivos’ open-source seed systems program, says the organisation is in the process of building a global alliance on open-source seed systems that it hopes to launch formally next year. A coalition of environmental and development groups (including Hivos, international development nonprofit USC Canada and the Action Group on Erosion, Technology and Concentration) has compiled a database of seeds and biodiversity around the world to publish the Seed Map Project. And in a report published in September 2016, the Global Alliance for the Future of Food — a collaboration of philanthropic foundations, including the WK Kellogg Foundation, the McKnight Foundation, and more — said that to ensure a resilient food supply, farmers need to be able to access, exchange, and improve seeds, and have a voice in shaping seed policies. The report also emphasised the role that diverse, local seed supplies play in sustainable food systems — a connection that Luby of OSSI hopes more people start to make soon.

“The food movement has focused on where is it grown and how is it grown, and the seed systems haven’t been as much a part of those conversations,” she says. “We’re trying to connect with people to say, ‘Hey, there’s an even deeper layer to your food.’”

This article was originally published by Ensia. Read the original article.

How Open Source Seed Producers from the US to India are Changing Global Food Production by Rachel Cernansky is licensed under a Creative Commons Attribution-NoDerivs 3.0 Unported license. Permissions beyond the scope of this license may be available on the Ensia website.

Rachel Cernansky is a freelance journalist. She writes about the environment, focusing primarily on water, coal ash and sustainable agriculture, as well as immigration and human trafficking for a variety of publications, including the New York Times, National Geographic News, Grist and Smithsonian.com. A New York native, she now lives in Denver.