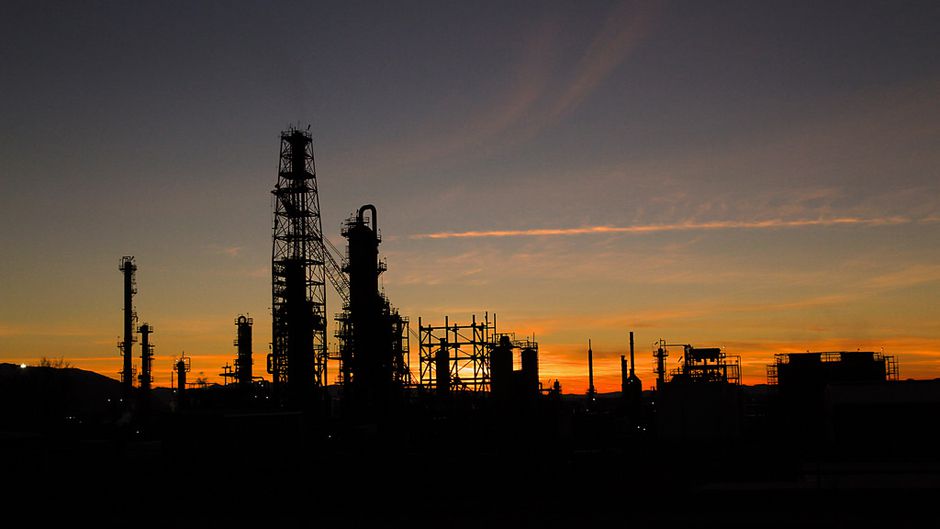 The heads of 10 major oil and gas companies have denied they are paying lip service to climate change initiatives while conducting business as usual.

Eight of the 10 companies’ CEOs met in Paris last week and issued a joint statement saying they would “play their part” in battling climate change, ahead of the United Nations climate summit which opens in November.

They also pledged their commitment to reducing greenhouse gas emissions in the hope of limiting global warning to 2°C.

But they dropped a commitment to putting a price on carbon that originally brought most of the group together. Six of the ten companies wrote an open letter earlier this year calling for governments to impose a price on carbon dioxide emissions.

Critics said the pledges by the Oil and Gas Climate Initiative were little more than hot air.

“The oil companies behind this announcement have spent years lobbying to undermine effective climate action, each and every one of them has a business plan that would lead to dangerous global temperature rises, yet suddenly they expect us all to see them as the solution, not the problem,” Greenpeace campaigner Charlie Kronick said.

“The world should thank them for their offer of advice but politely turn it down. Arsonists don’t make good firefighters.”

The oil and gas company chiefs gathered in Paris, however, insisted their commitment to reducing harmful emissions was sincere and said it was a unique occasion in which the companies, more used to competing, had decided to collaborate.

Bob Dudley, head of BP, said a report published by the voluntary group showed they were serious and “being proactive” about climate change and that they had a “sense of commitment and urgency”.

The report, however, made no reference to carbon pricing. Environmentalists view a global system of setting a price for each tonne of carbon that emitters produce to encourage companies to adopt cleaner technologies and shift away from fossil fuels, primarily coal, as vital.

It was clear that carbon pricing was an issue on which the companies had failed to agree.

Dudley admitted the companies were independent and all came at the issue with different views. “In any case, the world itself is not united on carbon pricing,” he added.

Josu Jon Imaz, head of Repsol, said: “This is not all blah, blah, blah. We are fully convinced that we can reduce CO2 emissions. We could be part of the problem, but we are convinced we are part of the solution.”

There was a slight note of defiance from the oil bosses that, while the oil and gas companies were committed to reducing carbon emissions, this had to be done within a business framework and recognition that energy demands are growing, especially in the developing world.

Patrick Pouyanné, CEO of Total, urged critics to “see the glass not as half empty but as half full”.

“The most important thing today is that eight CEOs recognise the trend to reduce carbon emissions. We are committing ourselves and committing our companies by making this statement. It’s quite an important step.”

Helge Lund, of BG Group, added that producing more energy and less carbon was “a challenge”.

“As a global community we don’t look for a total solution, which would be setting ourselves up for failure, we look for measures we can do,” Lund said.

The Paris meeting on Friday is seen as a counter-offensive designed to deflect criticism of the companies, who have acknowledged that the current trend in greenhouse gas emissions is too high to meet the UN target of limiting global warming to no more than 2°C.

Christiana Figueres, the UN climate change chief, told the oil companies they need to step up their own efforts to combat global warming, after six firms – BG Group, BP, Eni, Royal Dutch Shell, Statoil and Total – wrote to her calling for world governments to introduce a global pricing system for carbon emissions that would punish polluters.

Critics say until now the companies have shown little willingness to put their own houses in order. The Carbon Tracker Initiative, a financial thinktank, said oil companies were spending between 1%-2% of their research and development budget on renewable energies, a figure that had not changed in years.

“At Carbon Tracker we will measure this initiative and the industry by the concrete and quantitative commitments the companies involved set themselves to deliver,” said the thinktank’s Anthony Hobley.

In their joint statement the 10 oil and gas company CEOs from the BG Group, BP, Eni, Pemex, Reliance Industries, Repsol, Saudi Aramco, Shell, Statoil and Total, said: “Our shared ambition is for a 2°C future. It is a challenge for the whole of society. We are committed to playing our part.

“Over the coming years, we will collectively strengthen our actions and investments to contribute to reducing the GHG (greenhouse gas) intensity of the global energy mix. Our companies will collaborate in a number of areas, with the aim of going beyond the sum of our individual efforts.”

Kim Willsher is an award-winning foreign correspondent based in Paris.