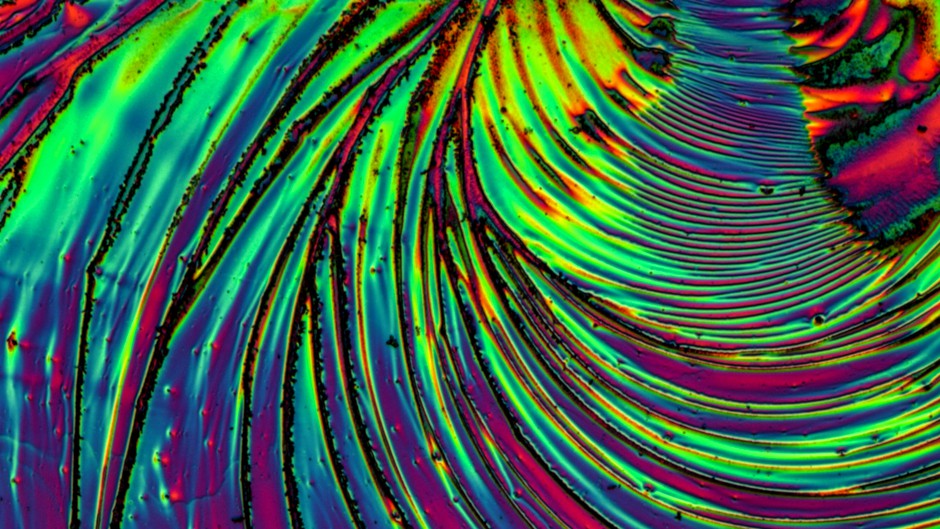 We are increasingly attentive to what goes on in our environment, particularly that which is tangible and obvious to our eyes. But what about the greenness of nanoscale particles — those 10,000 times thinner than a strand of human hair?

Nanotechnology involves the imaging, measuring, modeling, and manipulating of such minuscule matter. Do we think enough about whether such ‘Star Trek’ stuff can serve in responding to our climate change or energy challenges?

Certainly this science of atoms and molecules seems capable of making a difference, since it is being used in a wide variety of complex ways. There are high hopes and much research and development going on in fields such as medicine, water purification, and electronics. When it comes to climate change, energy resources and the environment, nanotech is being applied in many ‘green’ ways, including:

As grand as that all sounds, can the field really make contributions beyond science and engineering labs? In 2008, researchers from the United Nations University Institute of Advanced Studies (UNU-IAS) published a report in which they argue that “nanotechnologies are a platform technology and as such, by itself, nanotechnology will not have a dramatic impact on climate change.”

While the report shows practical examples of the areas of research and development, it points out that the contribution that nanotechnology can make may depend on its incorporation into larger systems such as a hydrogen based economy, or widespread use of solar power technology and next generation batteries.

But then, how can we achieve this?

We recently had the opportunity to have a closer look.

The International Nanotechnology Exhibition and Conference 2010, held from 17 to 19 February in Tokyo, is one of the world’s largest nanotechnology exhibitions. This year, 654 companies, universities and municipalities from 19 countries participated and in total received 42,381 visitors. Interestingly, this exhibition of technologies based on things that measure about one billionth of a metre (1×10−9 m), required a surface area of 26,010 square metres (280,000 square feet).

The theme of this year’s exhibition — Green Nanotechnology: Sustainability with Every Nanometer — reflects growing interest in the technological applications that save energy and resources and contribute to solving environmental problems. There were 136 exhibitors who advertised their ‘greenness’ with a green leaf logo at on their booth.

Why is nano hot?

The US government’s spending on nanotechnology is perhaps telling of how important this technology is for global players. Their funding of nanotechnology has increased from approximately US$464 million in 2001 to nearly $1.5 billion for the 2009 fiscal year. Private industry is also investing at least as much as the government, according to estimates. In comparison, in 2005, the European Union and Japan invested approximately $1 billion and $950 million, respectively, in nanotechnology. Korea, China and Taiwan followed up.

At Nanotech 2010, many exhibitors — particularly the Japanese — seem to spend their money and research time on smart solutions in a mundane yet critical area. Insulating materials to improve the energy efficiency of buildings are hot products.

For example, some companies are developing wall materials by utilizing high compression heat insulating ceramic particle technologies. In order to contribute to Japan’s energy conservation and CO2 reduction efforts, the technology is being used in new constructions and will make for smart homes that will more easily comply with Japan’s Energy Conservation Judgment Standards, which prescribe things such as insulation and air tightness.

Here are just a few of the green nano items we found at Nanotech 2010 that could be in line for wider use:

A green leafy plant that is not actually a plant, but is an organic thin film solar cell. This unique product is being developed by the Mitsubishi Corporation and its partners. Using a material called fullerene (C60), this new solar battery is more cost-effective and energy-efficient than a conventional silicon solar cell.

“If we could put this into a mass production line, it can bring a breakthrough in the energy production industry,” says Takehiro Hara, manager of the company’s new energy business development division.

Ultra-fine cutting, processing and drilling technologies have been developed in response to increasing demand for state-of-the-art product development involving nano-sized particles. For example, precision equipment manufacturer Suzuki Precion develops and sells a wide array of super-specialised machinery. These high-precision cutting machines are in great demand from the medical, semiconductor, automobile and communication industries.

Gold nanoparticles have been shown to be efficient absorbers of toxic particles from undrinkable water. They have also been used to determine the concentration of pesticides in drinking water.

“Platinum, as well as titanium, are more widely known. Nobody is aware of the potential that gold particles do have on a nanoscale,” Dr. Trevor Keel from the World Gold Council explained.

As cutting-edge nanotechnology is gaining importance scientifically, it is also attracting more attention from the public, suggesting that we also need to focus on its social and environmental impacts.

Recently the European Commission published a report (PDF) on the ethical, legal and social aspects, as well as governance issues of nanotechnology to identify expectations and concerns. The questions on the future of nanotechnology asked in the report include simple but essential ones, like: Will the products be profitable? Are there any negative environmental or health impacts? What will society look like when nanotechnology becomes more mainstream?

It is suspected that nanotech can be harmful for our health and environment, and different institutions have called for an exclusion of engineered nano particles from organic food. Working under conditions where these particles are present can affect the health of workers, even causing serious lung disease in one recent example.

A further challenging issue is the fact that there is no nano-specific regulation, neither nationally nor internationally, to date. Who controls the use of the new technology? Furthermore, what steps can the nanotech industry take to ensure technologies are used sustainably and responsibly?

This potential for controversy could hinder the roll-out of nanotech products, the authours of the UNU-IAS report caution:

“One hurdle is the lack of a robust transparent regulatory regime that can address concerns about potential human health effects and other environmental risks associated with this technology.”

Mandatory reporting may help. But for the moment, we are only at the stage where there are still questions about how to define what precisely nano-size is and therefore it is certain to take a few more years for serious environmental standards to be set.

Until then, those in nanotech applicable fields may believe ”There’s Plenty of Room at the Bottom,” as did Richard Feynman, who was famously first to use the concept of nanotechnology in 1959.

But since visiting the Nanotech 2010, we think that — after 50 plus years on this journey — there is plenty of room left, yes, for discussion.

For those Our World 2.0 readers in Tokyo, the UNU and UNITAR will co-organize a workshop on “Nanotechnology and Manufactured Nanomaterials: Addressing the Risks and Benefits” on 8 March, at the UNU Campus in Shibuya Tokyo.

Putting Nanotech To Green Use? by Ayako Iizumi and Stephan Schmidt is licensed under a Creative Commons Attribution-NonCommercial-ShareAlike 3.0 Unported License.

Ayako Iizumi is a project assistant at the United Nations University Institute for Sustainability and Peace (UNU-ISP). Her interests include a range of issues relating to democracy and sustainable development. However, what she finds most fascinating is when these different interests intersect. She holds a masters degree in International Relations from Warwick University in the UK.