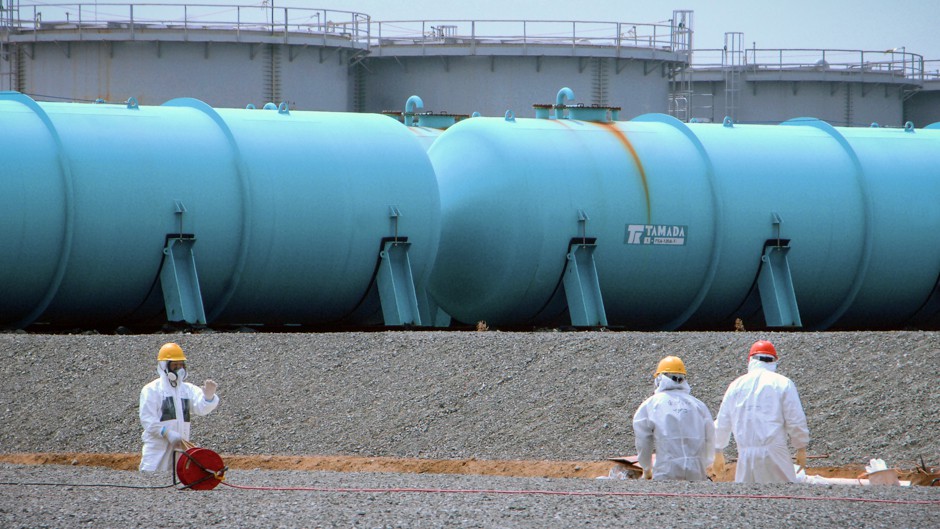 “The Sorcerer’s Apprentice” is a famous poem by Goethe, perhaps better known in Japan for its appearance in Disney’s “Fantasia”. In the story, the sorcerer departs, leaving the apprentice to do the chores. Tired of doing them, the apprentice tries to use his magic to get the broom to do the work. The apprentice soon finds himself in trouble, unable to control the magic he has unleashed. The broom continues to bring more and more water, and the place starts to flood. Just as the situation begins to appear hopeless, the sorcerer returns and stops the spell, preventing a disaster.

At the Fukushima No. 1 nuclear power plant, the Tokyo Electric Power Company (TEPCO) now finds itself in an uncannily similar situation to the foolish sorcerer’s apprentice. In its desire for maximizing profits, it took shortcuts and did not invest sufficiently in safety. On 11 March 2011, TEPCO discovered the consequences of playing with forces it could not completely control. And like Goethe’s story, TEPCO is threatened by a seemingly never-ending stream of water, much of it is contaminated. Unfortunately for TEPCO, and the rest of us, there is no master sorcerer who can stop the flow of water.

Given the sheer volume of water that TEPCO is dealing with, as well as the high-pressure conditions in which they have been operating, it is hardly surprising that there have been repeated problems with water leaks.

As many of the storage tanks were hastily constructed, and water continues to build up day by day, there will surely be more problems in the future. At present, 1,000 tanks hold 440,000 tons of contaminated water, and workers aim to double the storage capacity by 2016. With so much water being stored, future mishaps are all but inevitable.

It is in this context that the manager of the plant, Akira Ono, recently acknowledged to reporters that “it’s embarrassing to admit that there are certain parts of the site where we don’t have full control”. After appearing in a Reuters report reprinted in The Japan Times, this statement presented itself as yet another reason to attack TEPCO: their own plant manager admitting they are not in control of the plant! Yet do we really need more reasons to criticize TEPCO? Their bumbling, incompetent, self-centred mismanagement of Fukushima No. 1 has ensured them a permanent place in Japan’s corporate hall of shame.

Rather than being used to lambast TEPCO once again, Ono’s admission should actually be seen as a positive step forward. This may seem counterintuitive, but stating that TEPCO is not in complete control of the plant is doing nothing more than confirming a very obvious reality.

It is precisely TEPCO’s continual assurances that everything is fine, and Prime Minister’s Shinzo Abe’s exaggerated claims to Olympic officials in Buenos Aires, that generate more scepticism among the public. Even Goethe’s apprentice acknowledged the situation was beyond what he could handle. Continuing to pretend that the situation at Fukushima is under control when it so blatantly is not is reminiscent of Monty Python’s skit involving the deluded Black Knight: “It’s just a flesh wound!”(It’s just a small leak, it won’t happen again).

Until now, whenever there is a problem at the plant — no matter how big or small — a media frenzy soon occurs, which is inevitably followed by TEPCO issuing an apology and an assurance that the problem will be fixed. Not only does this cycle continue to provoke more concern in much of the general public, it also results in confusion about the kind of risks that exist at the plant.

For most people, who lack the scientific knowledge to properly assess what is going on, any leak or problem at the plant generates fear and worry. This response is completely understandable considering TEPCO’s woeful record of transparency.

A much better approach would be for TEPCO to be more up front and honest in explaining the situation at the plant. This is perhaps the only way that it might be able to begin rebuilding some degree of trust with the public.

This trust is vital for differentiating between risks. Until TEPCO can prove itself to be more transparent and believable in its explanations of what is happening at the plant, it is understandable that most people will not believe any claims that a problem is “small” even if it happens to be the truth.

Decommissioning of the plant is expected to take 30 to 40 years, and many serious challenges lie ahead. There will be more leaks and problems at the No. 1 plant. There will also have to be the controlled release of contaminated water into the ocean. Public support and understanding will be needed through these difficult processes.

For this to happen, TEPCO needs to begin to rebuild its credibility with the public in the same way that Japan’s Nuclear Regulation Authority has tried to demonstrate its independence and strict approach to safety.

TEPCO’s regaining the trust of Japan’s public is just as difficult a task as resolving the technical challenges in decommissioning the plant. The only way this might happen is by the rest of TEPCO following the lead of Ono and beginning to be more honest and transparent about the problems in Fukushima.

This article originally appeared in The Japan Times and is reproduced here with permission.