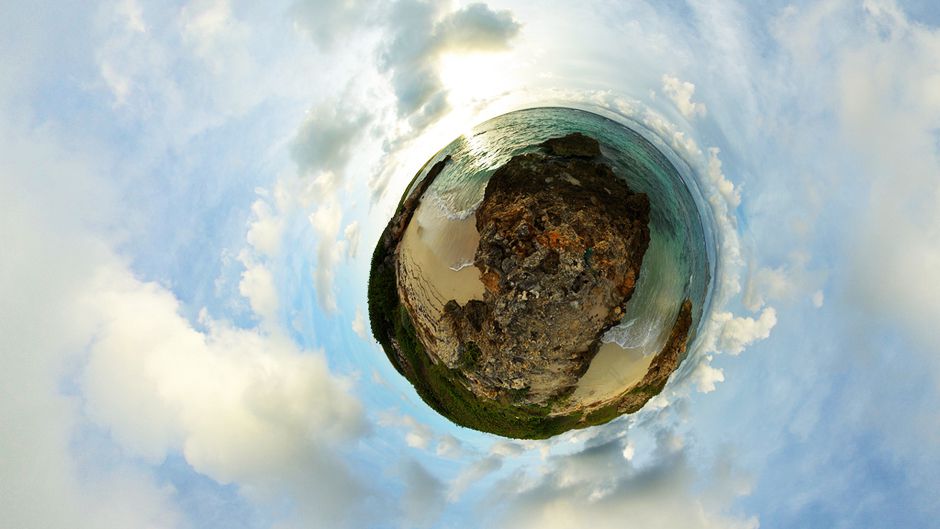 I still recall the shock of reading the philosopher J. Krishnamurti’s bald assertion, in his little book Freedom from the Known, that I was personally responsible for everything. The book was recommended to me by a remarkable man named Albert Bigelow.

In 1958, Bert sailed his small ketch, the Golden Rule, into an American nuclear testing area in the Marshall Islands in an act of protest. Bert took seriously the obligation of being a global citizen long before the phrase “global citizen” was coined.

In 2010, the burden of trying to act responsibly for the planet as a whole became overwhelming, almost paralysing. There are so many huge challenges, all interrelated, and the cause-and-effect relationship between what I do personally in my daily life and those planet-wide challenges has become infinitely clearer than it was to all but a few in 1958.

Now we can see how the two are connected — between my diet and the effect of industrial agriculture on the land, between my energy consumption and global climate change, between the chemicals in my laundry detergent and the health of the oceans — and between my political commitments and the world-destroying weapons built with my tax dollars.

How can we find a way to live with these inescapable realities that is not just bearable, but liberating? Many are tempted to retreat fearfully into supposed certainties, which have become obsolete in this painful new world of awareness — short-sighted nationalism, xenophobia, security by imperial domination, denial of the limits to growth and judging prosperity exclusively by how much we buy.

As individuals, we cannot literally end all the hellish hurt and injustice crying out across this planet: the millions of malnourished children, the poisoning of ecosystems, the growing concentration of wealth in the hands of an exclusive few. But one thing we can do is acknowledge the illusion of our identity as a separate part of the whole. The system of relations between nations and religions and classes generates a tremendous, seemingly unstoppable momentum because of this powerful illusion.

I am only a worker in the plant that builds the smart bomb guidance system, but I need my job to feed my family.

I am only a stockholder in the company, but I rely on my quarterly dividend.

I am only an officer in the army, but if I do not find a war in which to prove my courage and enterprise, I will not advance through the ranks.

I am an Israeli settler occupying the land of another, but do not ask me to think about that other as somehow like me in their desire for security and justice — my rights have a Biblical precedent.

I am an enlisted woman sitting in a bunker next to a missile silo, ready to fire a weapon that can annihilate millions, but I am only a cog in the system. My task is unquestioned obedience; do not ask me to think too hard about the potential destruction I oversee.

I am an ambassador whose secret cables reveal that I counselled retaliation against a nation that went against our policies — but I had to be tough because any implication that I did not put our own interests first would derail my career.

And I am only a retired teacher sitting in his Boston apartment trying to compose an editorial. These are only words, but at least they are words written in the faith that truth matters, that reality can be separated from illusion and that we can learn together what is best for the planet, not just for our own family, or city, or nation.

We each play a part, but the part is based upon the bedrock assumption that it is, practically and morally, a separate part. Who is keeping the whole in mind? How much might change in the world for the better if we did start thinking in the way Krishnamurti suggested and Bert Bigelow demonstrated: the reality is that I am so deeply connected to the whole entity that I am responsible for it, answerable to it.

When I do acknowledge this, the rest of my identity — the limited, apparently separate part — doesn’t disappear, but it takes its place in a new context. As an Israeli settler, I can see that the needs of the Palestinians whose land I have appropriated are as real as mine.

As a general in charge of nuclear weapons, I know that not only am I not in full control of them, but that they are not even weapons; they are omnicidal machines that humans, by compartmentalizing themselves, brought into being and now must figure out how to reduce and, finally, abolish.

Millions of people and organizations are learning to base their actions on what benefits the whole, and these people will be the heroes toward whom our grandchildren will look back with gratitude. It does make a difference to let ourselves see that we are not separate, that all humans share a common fate, that the rain does fall on the just and the unjust. Deny this enough, try to persevere with “us and them” thinking, good guys and bad guys, and it always leads eventually not to life, but to death.

If we really saw how the illusion of separateness paralyses us, our being would be different and a different quality of action would follow. We would not be so preoccupied with enemies. Our work together would be oriented by a spirit of goodwill, respectful listening and open inquiry.

We would ask each other how to be the kind of human whose primary identification is with the whole earth, a possibility that can take us beyond war with the planet and each other. If you try to help me think this way, I’ll try to help you.

This work was originally written for Truthout and is licensed under a Creative Commons Attribution-Noncommercial 3.0 United States License.

The Possible Planet by Winslow Myers is licensed under a Creative Commons Attribution-NonCommercial-ShareAlike 3.0 Unported License.

Winslow Myers, an artist and retired teacher, lives in Boston and serves on the Board of Beyond War, a non-profit, non-political foundation exploring and promoting alternatives to war. He is the author of Living Beyond War: A Citizen’s Guide.