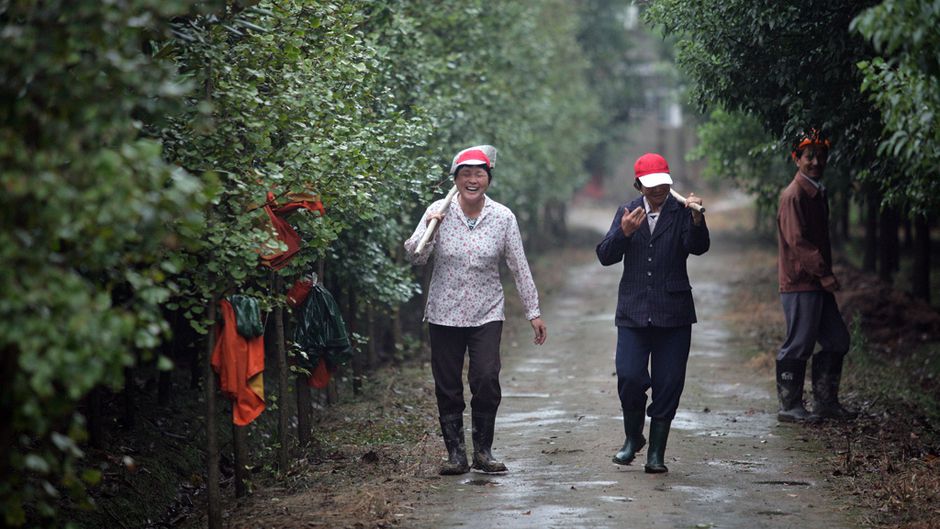 We are all painfully familiar with the plethora of statistics that illustrate how unsustainable modern lifestyles have become and how humanity is already consuming natural resources far faster than the planet can produce or renew them. In a bid to reverse these trends, increasing numbers of people are attempting to consume less, reduce waste and recycle more regularly.

The rapid growth of the sharing economy over recent years reflects this growing environmental awareness and commitment to changing unsustainable patterns of consumption. The possibilities for sharing are already endless in many parts of the world, in everything from cars and drills to skills and knowledge. The sharing economy is undeniably taking off — and rightly so.

But can sharing the things we own as individuals really address the environmental threats facing Planet Earth? To some extent the answer is likely to depend on which resources are being shared and how many people are sharing them. However, given the urgent sustainability challenges we face — from climate change to deforestation and resource depletion — it seems unlikely that even well-developed systems of collaborative consumption will, on their own, constitute a sufficient response.

While the sharing economy is an extremely exciting and important development in consumer behaviour, it has done little as yet to change the politics, structures and institutions that underpin and promote unsustainable lifestyles. Creating a truly sustainable world will ultimately require policymakers to enact much more radical reforms to the way we manage the world’s resources and organise economic systems. As many people involved in promoting the sharing economy recognise, it is becoming increasingly important to also support these wider goals for economic reform and world rehabilitation.

The pivotal events of 2011 demonstrated that there are already many millions of people in diverse countries advocating for transformative systemic reforms, from the Occupy movement to the Arab Spring. These movements, alongside many other civil society groups and engaged citizens, recognise that it will be impossible to create a fairer and more sustainable future world unless we reform the policies that underpin and maintain the status quo. For those championing the sharing economy who hold a similar view, it is worth reflecting on some interesting research from the field of social psychology that could have a bearing on how the sharing economy should be promoted as an emerging trend.

Research eloquently expressed by Common Cause highlights the need for campaigners to promote those values that are more likely to create the end results they desire. In this light, there is currently some debate around how much emphasis should be placed on the financial benefits of sharing. There is little doubt that sharing does save money and the financial advantages can be an important factor in a person’s decision to share. But according to numerous studies, promoting ‘intrinsic’ values that go beyond concerns about oneself are, in the long run, far more likely to encourage sustainable lifestyles than a focus on ‘extrinsic’ values such as personal financial gain.

In other words, the evidence suggests that those who share because they are told it will save them money are less likely to engage in other environmentally beneficial activities, compared to those who are encouraged to share out of purely environmental or social concern. Moreover, by emphasising these intrinsic values in campaign messages, the evidence clearly demonstrates that similar values will naturally be stimulated. For example, encouraging awareness of broader environmental issues is more likely to stimulate concern for social justice, and vice versa.

The implications of such findings are clear: if those promoting the sharing economy agree on the need for a shift in public awareness that can effect real change in society, we need to emphasise the wider environmental and social benefits of sharing and not the purely personal benefits, such as financial savings. Stimulating values that go beyond self-interest in this way is far more likely to encourage social and environmental activism of the kind sorely needed today. Without much more effective public engagement in the politics that maintain unsustainable lifestyles, it will be impossible to address the long term solutions to inequality and climate change.

The sharing economy is still very much in its infancy and, given the variety of stakeholders involved, its emergence as a force for good is being discussed from a wide variety of different perspectives. On the one hand, there are those who see the sharing economy as a tool for addressing pressing social justice or environmental issues — such as people establishing time banks, food sharing schemes or those pursing alternative, low carbon lifestyles. At the other end of the spectrum, there are many entrepreneurs who stand to make millions of dollars from their new sharing platforms, mainly by encouraging people to rent out the underutilised goods they own.

Could grouping these quite diverse activities together under the umbrella of the sharing economy be in any way problematic? One danger is that by attaching too much emphasis on self-interest and personal gain in relation to the concept of sharing, the altruistic aspects of sharing could be undermined and the more benevolent motivations of those who share could be increasingly ignored.

[quote quote=”There can be nothing more urgent today than reducing inequality or preventing runaway climate change, and the real solutions to these problems have little to do with wealth generation.” type=”text” ]

A recent article in Forbes Magazine perfectly illustrates how this is already happening in the mainstream media. The article focussed almost entirely on the significant financial potential of the sharing economy and barely mentioned the more ‘intrinsic’ values involved in its pursuit. The article serves as an important example of how those who reinforce extrinsic values in society (such as wealth generation) have the power to overwhelm the voices of those who pursue forms of sharing for more altruistic reasons, such as social justice or environmental protection.

Many proponents of the sharing economy would perhaps diplomatically argue that there is room for both perspectives and that most people are motivated by a combination of financial and social/environmental concerns. While this is certainly true in many cases, it is also worth bearing in mind that humanity currently faces what can only be described as a global emergency. There can be nothing more urgent today than reducing inequality or preventing runaway climate change, and the real solutions to these problems have little to do with wealth generation.

At this crucial juncture in the evolution of the sharing economy, it behoves us to think very carefully about how and why we pursue and promote sharing in society — both in our campaigning activities and in our engagement with the mainstream media. Given the urgency of the many crises we face, it is essential that social and environmental concerns remain at the forefront of the public discourse about sharing and the sharing economy.

This article appears courtesy of shareable.net where you can read about ideas and first-hand experiences regarding the emergence of the new economy that is based on sharing and collaboration.

Values and the Sharing Economy by Rajesh Makwana is licensed under a Creative Commons Attribution-NonCommercial-ShareAlike 3.0 Unported License.

Rajesh Makwana is the director of Share The World’s Resources (STWR), a London based organisation campaigning to strengthen and scale up the sharing economy in all its forms. STWR advocates for an international program of emergency relief to prevent life-threatening deprivation and end poverty-related deaths as a foremost global priority. STWR also calls for extensive reforms to the world economy to ensure a fairer sharing of wealth, power and resources within and between nations.