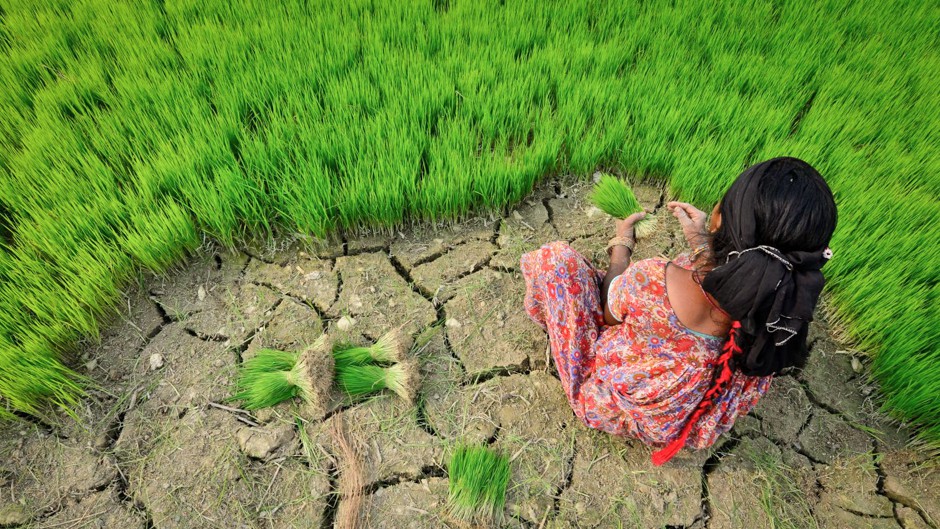 In case you’ve only ever heard the acronym in news stories, of which the relevance to your life is still (luckily for you) rather vague, the Intergovernmental Panel on Climate Change (IPCC) publishes a new voluminous report every seven years or so to track emerging knowledge of this global issue. For its latest, the Fifth Assessment Report, the IPCC compiled scientific consensus on three subtopic areas, tasked to three Working Groups. The first part, detailing the latest science of climate change, was published in September last year. The second part, focusing on assessing the impacts of climate change and how vulnerable and adaptable human and natural systems are to it, came out at the end of March 2014. It warns that rising carbon emissions will increase the risk of conflict, hunger, floods and migration. (Working Group III’s report on mitigation followed in April.)

Koko Warner of the UNU Institute for Environment and Human Security is a lead author for the capstone Chapter 20 of the Working Group II report. “Our task is to understand what the implications are of climate for climate resilient development. How does climate change affect the things that we care most about?”

Specialized in the impacts of climate change in communities across the world, Warner explains that the research shows clearly who will be most affected.

“We find that those households which have better education, better social networks, better links to formal and informal institutions, will usually be better off economically. For the most vulnerable, they have less education. When something bad happens, like a food shortage, rather than sending a [grown] child to the next city or another country through migration to earn remittances and send them back, it’s the head of household who goes, in the hunger season, exactly when the head of household is needed on the family farm,” she explained.

This vulnerability is of extreme importance these days because, when it comes to food production, Warner says “several of the underlying reports [feeding into the IPCC report] indicate that the majority of the world’s population will be affected by shortfalls in coming decades. That has huge impacts on the price of food, the availability of food, the distribution of food.”

And those impacts can, as we’ve seen with food price crises in recent years, have knock-on effects.

“A colleague of mine from the World Food Program told me that Ethiopia has something like 200,000 metric tons of grain on store. [Which means] if Ethiopia faced a massive food shortage, they would have four days to feed the population. And when people get hungry, things can get unstable quickly.”

“In the past the message has been — we have climate change, it is real, it is established in scientific evidence. So now, society has to adjust. What we are finding is, of course, we will adjust,” Warner said.

“But there are consequences and tradeoffs. Our decisions or lack of decisions set the trajectory for society — if decision-makers take no decisions, we will still be on a trajectory for certain climate change impacts that we may or may not be able to deal with in society,” said Warner.

When it comes to mitigating climate and ecological impacts, the world’s predominant agricultural trajectory is one that cries out to be refocussed. The same can be said for human rights and equity aspects, as evidenced in another article posted today in Our World’s ‘Changing Agriculture and Food Systems’ feature section. Research in the area is producing myriad important reports of late and Our World will be exploring different aspects of the topic in the next weeks.