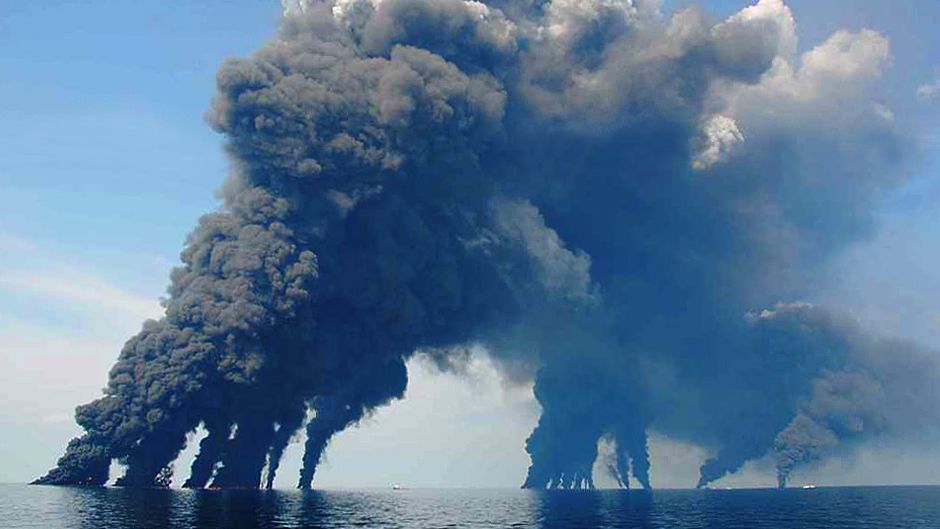 The BP oil spill in the Gulf of Mexico may have led many to believe that there are vast supplies of oil under the ground. This is, in part, true. However, the daunting reality is that the remaining oil reserves are located in places from which it is exorbitantly expensive to extract.

For instance, the Gulf’s Deepwater Horizon floating drilling rig could operate in waters up to 2.4 km in depth and drill down to 9 km. This is an outstanding technological achievement — when everything goes according to plan. But when things turn bad, like they did two months ago, we have an ecological nightmare from which it will take decades to recover.

This disaster should act as a wake-up call for a world economy so completely and utterly dependent on oil. It is time to say goodbye and end our love affair with oil as a fuel for economic growth. Oil is too precious a resource to waste the way we do today.

Yet, most people are either unaware or completely in denial about this reality. At best, our leaders like to talk about the problem indirectly, in terms of the need to increase energy security by removing our dependence on foreign oil. To great effect, Jon Stewart on the Daily Show parodied the, as yet, empty words of the last eight US presidents as they tried to do the impossible and ensure an energy secure future.

So why are people unaware? Are they being misinformed? The sad irony is that despite BP’s failure to cope effectively with the oil spill, we look to this same discredited company as a credible source of information on the state of world energy. As BP’s 2010 State of the World Energy report shows, as you would expect during an economic recession, global oil consumption declined by 1.2 million barrels per day or by 1.7% between 2008 and 2009.

Well, that sounds like relatively good news doesn’t it, especially if your goal was to conserve this precious resource for future generations? Well, maybe not for future generations, but at least for another 40 years, at current rates of consumption. However, solar entrepreneur Jeremy Leggett in the Guardian has rightly criticized this claim from BP that we have 40 years of oil remaining as “dangerously complacent”.

There is a new reality that BP (which might also stand for the company’s Beyond Petroleum campaign) and other oil giants do not want to acknowledge:  peak oil,  often referred to as the oil or energy crunch.

Gone are the days when peak oil was only discussed by groups of retired oil industry geologists and engineers. It seems that with each passing year, more and more mainstream institutions are taking peak oil seriously and recognizing the major challenges we will all face as a result.

A good example is the February 2010 report from the United Kingdom Industry Task Force that argued that an oil crunch will happen in the next five years. The task force included six companies — Arup, Foster + Partners, Scottish and Southern Energy, Solarcentury, Stagecoach Group and Richard Branson’s Virgin.

Together they argued that an oil crunch caused by demand exceeding supply would be more devastating for the UK economy than the current credit crunch. They requested that the UK government address peak oil as a priority after the 2010 election but, sadly, this has not yet happened. More unfortunately perhaps, Richard Branson seems to be the only international business leader talking openly on the topic of peak oil.

One month later, another leading figure, this time Sir David King, the UK government’s former chief scientist, was the co-author of an article from Oxford University that claimed current global oil reserves should be “downgraded from 1,150 billion to 1,350 billion barrels to between 850 billion and 900 billion barrels”. The article also claimed that “demand may outstrip supply as early as 2014”.

Coincidently, only a few days earlier, researchers at Kuwait University had released the results of their modeling work that also indicates that estimated world oil production would peak in 2014.

These studies reinforce the findings from a 2009 report by the UK Energy Research Centre on Global Oil Depletion,  which argued that there is a “significant risk of a peak before 2020”.

We really don’t have much time left.

There are a number of institutions that have traditionally been optimistic and upbeat about the future of oil. One member of the optimists camp that switched sides recently was the International Energy Agency (IEA).  Over the past few years, it has gradually been downgrading its forecasts for available oil in 2030 from 123 million barrels per day (mbpd) forecast in 2004 to 103 mbpd in 2009. This is a very significant revision over that five-year period.

And for the first time, in a 2008 interview with George Monbiot, IEA chief economist Fatih Birol spoke openly about the possibility of peak oil around 2020. This should have been yet another big wake up call for the world, but somehow we continue sleepwalking into a potential disaster.

In the United States, until this year, the Energy Information Agency appeared unmoved by peak oil concerns. However, according to Steven Kopits at the Energy Bulletin, the 2010 International Energy Outlook has shifted from the previous forecasts of oil supply abundance to a new projection of a decade of stagnation. He argues that “the EIA is expecting the oil supply to be essentially flat for the rest of the decade. The supply will creep up from 86 mbpd today to approximately 92 mbpd to 2020, but that is not much growth”.

This shift to rather more pessimistic forecasts is a new phenomenon and suggests that we are being prepared for further bad news to come in the near future.

However, it is encouraging to see movement in unexpected quarters, such as Lloyds Insurance and Chatham House’s June 2010 publication of a white paper entitled Sustainable Energy Security.  Over at Transition Culture, Rob Hopkins states that the report’s “conclusions are striking, indeed quite extraordinary” because they recognize the need for businesses to prepare for the transition towards a low carbon economy while at the same time coping with volatile fossil fuel markets.

The report argues that an oil supply crunch is likely in the short-to-medium term with profound consequences for the way in which businesses function today. It encourages businesses to move quickly to “reassess global supply chains and just-in-time models, and increase the resilience of their logistics against energy supply disruptions”.

The report argues that governments, distinctly absent on this issue, have an important role in delivering policies and measures that create the necessary investment conditions and incentives.

It is extremely clear that our national leaders are failing to address the question of peak oil, despite growing concerns of its imminent arrival. This is currently not an issue on the G20 agenda or up for discussion in the UN General Assembly.

The academic community, in general, is also paying only limited attention to the implications of peak oil. One exception is Jörg Friedrichs,  a lecturer in politics at the University of Oxford, who in a new publication examines how different parts of the world would likely react to a peak oil scenario.

In a recent interview he recounted how his paper, Global energy crunch: how different parts of the world would react to a peak oil scenario, was rejected by 11 journals before it was finally accepted for publication. In the interview, Friedrichs explained why.

“My colleagues in the social sciences are just not (yet) ready to face this topic. Most of them prefer to stage disciplinary sham fights rather than looking at pressing issues. Perhaps it’s going to be like the end of the Cold War or the current financial crisis, where clever analyses by social scientists have appeared only after the fact.”

Looking at various historical precedents when oil supplies have been disrupted at the national level, Friedrichs presents three possible ‘‘peak oil trajectories” based on (1) Japanese Predatory Militarism before and during the Pacific War, (2) Totalitarian Retrenchment in North Korea after the end of the Cold War, and (3) Socioeconomic Adaptation in Cuba in response to international sanctions.

His conclusions are particularly striking and thought-provoking.

“If a mix of substitute fuels can be found, and if alternate technologies are developed in time, this may mitigate the impact of peak oil and postpone the decline of overall world energy consumption for a while. But there is always another time, as infinite growth on a finite planet is impossible. At some point, industrial society will start crumbling and free trade will begin to disintegrate.

“This is certainly not a cosy world to imagine. Most of us would prefer fossil-fuelled industrial society to continue unabated, although perhaps mitigated to avoid the worst effects of climate change. But even though we may not like the idea of a global energy crunch, it would be utterly imprudent not to take the spectre of peak oil very seriously.”

Isn’t it about time that you began to take peak oil seriously?

BP and the peak: delusions of oil grandeur persist by Brendan Barrett is licensed under a Creative Commons Attribution-NoDerivs 3.0 Unported License.

Falling Oil Prices: Temporary Lull or Back to Normal?