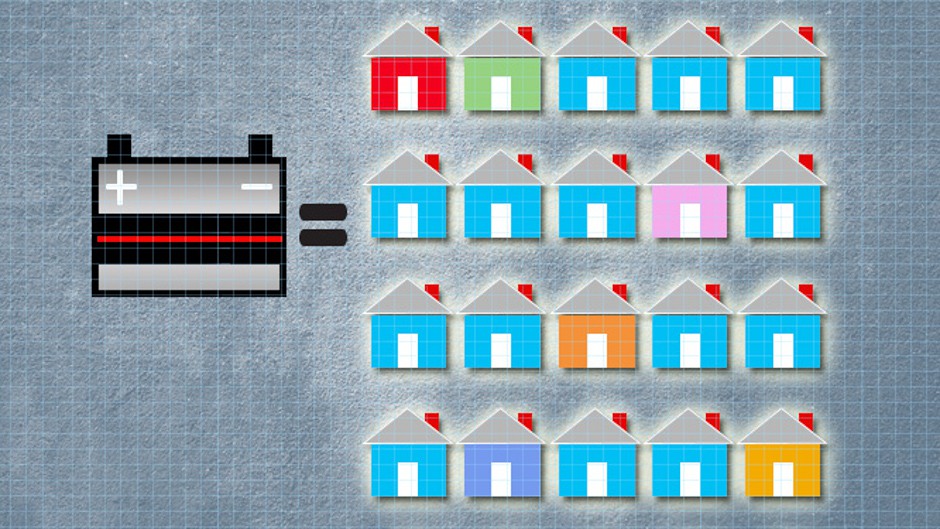 In today’s technology-filled world, it’s a sad fact that things advance so fast that yesterday’s gadgets get cast aside when newer innovations emerge. One impact of this, as we’ve discussed before on Our World, is the ever-growing challenge of electronic waste — e-waste. Those 41 million tonnes of equipment that we discard each year contain not just pollutants, but recyclable components and valuable materials that are recoverable.

Thankfully, work like that done by the United Nations University hosted Step (Solving the E-waste Problem) Initiative is shining light on the need to tackle technology from a lifecycle approach — considering the question of design, raw materials and manufacture, to obsolescence, disposal and recycling. Membership to Step is open to any organization that commits to pro-actively contribute to the development of the initiative and work with others members on possible solutions to the e-waste problem along shared principles.

Excitingly, researchers from one such member institution have come up with a way to recover lead from discarded car batteries for use in producing an emerging type of solar panels, made with a class of materials containing perovskite (a family of crystals with a common, distinctive structure) that entered the solar power scene only few a years ago. Cells made with compounds in this group have quickly become ‘the new black’ (the basic element) in solar photovoltaic (PV) research, with some predicting they are the future of PV.

But the research team from the Massachusetts Institute of Technology (MIT) chose to focus on producing photovoltaic cells from one material in particular — organolead halide perovskite. Cheap to synthesize, organolead halide perovskite solar panels have quickly reached power conversion efficiencies (how efficiently sunlight is converted to electrical power) near those of commercially available solar panels.

Led by professors Angela M. Belcher and Paula T. Hammond, the team describes the system in a new paper in the journal Energy and Environmental Science.

Though the use of lead was initially seen as a drawback, the team notes, by using recycled lead from old car batteries their process can instead be used to divert toxic material from landfills and reuse it in PV panels that could go on producing power for decades. They also point to the positive human and ecological health impact of reducing the need to exploit new resources. Extracting lead from ore is a high-temperature, polluting process that creates vapour and dust that is hard to contain, the researchers explain.

Another important reason for using the lead from old car batteries, the team says, is that battery technology is advancing quickly, with more efficient types like lithium-ion swiftly taking over the market. “Once the battery technology evolves, over 200 million lead-acid batteries will potentially be retired in the United States, and that could cause a lot of environmental issues,” Belcher says.

Currently, 90 percent of the lead recovered from the recycling of old batteries is used to produce new batteries, Belcher says. But if the market for new lead-acid batteries dies out, old ones will begin to pile up and pose hazardous waste challenges or else end up shipped to countries where they fall into the hands of informal recyclers who “generally use substandard processes and lack the appropriate facilities to safeguard human health and the environment…”, as described in one Step Initiative report on the topic of e-waste. “Substandard informal recycling practices… pose direct risks to the health of workers and to the local environment.”

“This is exciting because, just like Step’s work to keep electronic and electrical equipment from ending up in landfills or being processed unsafely, this lead battery to PV innovation will go a long way towards increasing the re-use of resources. Not to mention its potential to help prevent any future glut of old batteries from facing recycling practices that are harmful to the environment and human health,” says Ruediger Kuehr, who heads the work of the UNU Institute for Advanced Study of Sustainability in this area.

Easy to scale up

Amazingly, because perovskite photovoltaic material takes the form of a thin film just half a micrometer thick, the team’s analysis shows that the lead from just one car battery could produce enough solar panels to power 30 homes.

What’s more is that the process for recovering the lead from old batteries for use in organolead halide perovskite cells mainly takes place at low temperatures and is relatively simple compared with the manufacture of conventional solar cells, Belcher says. The team even produced a video of the process, which does indeed look incredibly straightforward.

Those factors will help to make it “easy to get to large scale cheaply,” underscores Po-Yen Chen, one of the co-authors.

While some may worry that putting thin layers of lead-laden perovskite in relatively fragile solar panels on homes and workplaces might pose a risk of heavy metal exposure, the authors point out that in a finished solar panel, the lead-containing layer would be fully encapsulated by other materials.

“The process to encapsulate them will be the same as for polymer cells today,” Chen says. “That technology can be easily translated.” Further, the team argues, when the panels are eventually retired, the lead can simply be recycled into new solar panels.

“It is important that we consider the life cycles of the materials in large-scale energy systems,” Hammond says. “And here we believe the sheer simplicity of the approach bodes well for its commercial implementation.”

And the system arrives just in time, as some companies are gearing up for commercial production. Oxford Photovoltaics, for example, is on the verge of commercial production of low-cost perovskite solar cells that can be applied as coatings on windows and other outdoor building surfaces.