Will the Environment Survive International Relations? 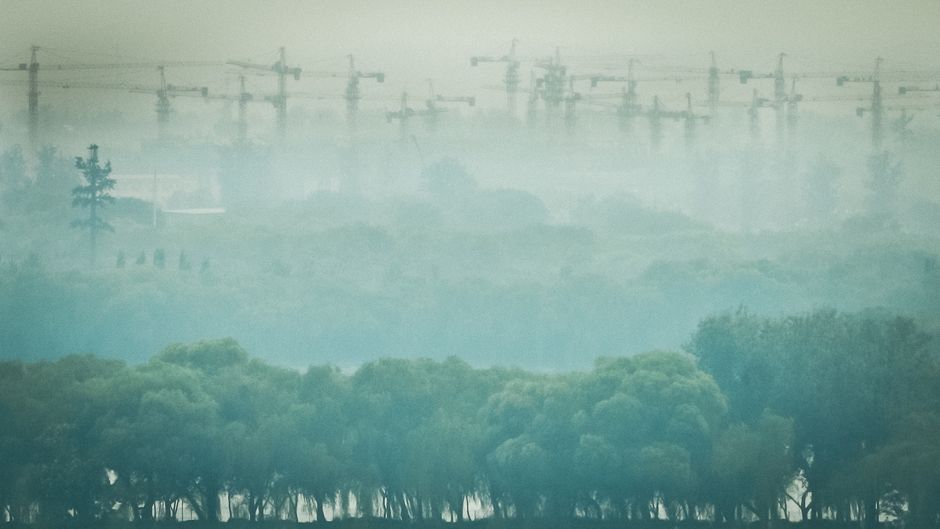 Great power politics was on display recently. In the wake of the United States and Chinese presidents’ much talked about “constructive meeting” under a warm California sun, it is timely to ask how the environment factors into international relations.

Conventionally, international relations practitioners fret over the sociopolitical consequences of environmental degradation, such as those resulting from climate change. What happens to national interests, for instance, when faced with drought or flood-induced migration of ecological refugees? Overlooked in this narrative is the possibility that great (and aspiring) power politics is also a driver of environmental degradation. The possession of power in international relations, whether “hard”, “soft” or “smart”, is sustained in great measure by the size of a country’s GDP. And despite claims of dematerialization, GDP remains correlated to an economy’s “ecological footprint”. The tendency of countries to unceasingly pursue the accumulation of power and prestige in geopolitics is also a driver of environmental degradation.

Within the realist construction of international relations countries constantly challenge or seek to maintain the status quo of the global pecking order. This construction predisposes geopolitics to competitiveness and conflict as the default mode rather than cooperation and coexistence. The latter are wished for and talked about glowingly, but the former weigh more on states’ behaviour, planning and economic investments. This competitiveness leaves states obliged to develop their “power resources to the utmost”, as Jawaharlal Nehru observed in his autobiography. It may be debated whether all countries of the world act similarly (i.e., oriented toward competitiveness and conflict) but among the established and aspiring powers on the world stage or in smaller regional theatres, this remains the norm.

The ongoing economic, military and diplomatic rise of China is an intended outcome of the country’s development process that is manufactured and sustained at tremendous ecological cost, to help, among other things, reclaim that country’s perceived place on the world’s stage and to assuage insults recorded in a deep national narrative of victimization during the nineteenth and twentieth centuries. While pointing fingers at China as an ecological predator hogging the world’s resources and polluting its air and water, it is important to remember that the country is only following in the footsteps of established powers.

Deeply insecure of holding onto power and privilege in a dog-eat-dog formulation of international relations, the rich world insists on growing its already gigantic economies and ecological footprints.

Further, it is not apparent that the older powers (the United Kingdom, France and US in the West and Japan and Russia in the East) have yet matured enough to construct norms of international relations in more cooperative and less competitive terms. And neither has a newly powerful China demonstrated such willingness in its relationships, in particular and somewhat ironically, with non-perpetrators of said historical insults.

On the contrary, deeply insecure of holding onto power and privilege in a dog-eat-dog formulation of international relations, the rich world insists on growing its already gigantic economies and ecological footprints. Thus, for instance, at climate change negotiations, many developed countries balk at environmentally progressive commitments to protect their economic “competitiveness”, while big developing countries excessively assert their “development space” as an excuse to avoid potentially growth-limiting environmental commitments. A realist perspective readily rationalizes this state of affairs. But is such realism realistic on a shared and finite planet?

Infinite egos, hurt and bruised, on a finite planet

Can competition and a constant state of conflict preparedness, fueled by a litany of historical grievances, pathological nationalisms and geopolitical suspicions, be sustained on an ecologically “full world”?

Despite proclamations of the virtues of efficiency and slogans of “green economy” or “green growth”, these strategies are temporary respites that can buy us time, or worse, (pardon the cliché) failing brakes on a runaway train. While advocates of such strategies assert that they will “ensure that those [ecological] limits are not crossed”, the fact is that ecological limits have already been breached. A number of ecosystem attributes — the climate system and biological diversity being two easy to identify cases — already function at levels of degradation beyond anything observed in the history of the human species, and longer.

In all its magnanimity and pettiness, humanity’s behaviour now registers as ecological fact. And those facts, as we know now, don’t look so good.

Many will argue that a growing GDP is needed for enabling rising incomes and fostering human well-being and that is why countries unceasingly pursue economic growth. They are correct of course, but only to a point. The influence of the size of an economy, measured in GDP, on the achievement of human well-being and happiness, is a nuanced relationship. It is not linear and not continuously proportional to a country’s GDP. Human development returns taper off after a certain level of per capita GDP is achieved. Certainly, in the case of the wealthy world, economic growth is a convenient excuse for not pursuing fairer domestic allocations of the wealth and opportunity that already exist. On the contrary, the relationship between a country’s GDP and its power in international relations is far less nuanced. The crude reality is that more wealth equals more power, and vice-versa.

The constructed norm of realism in international relations cannot be ceded as our destiny in the “anthropocene”. At this unprecedented moment in human history, trend lines of various ecological measures (for instance the “keeling curve”, which has plotted the concentration of carbon dioxide in Earth’s atmosphere since 1958) are the signatures of our collective politics. In all its magnanimity and pettiness, humanity’s behaviour now registers as ecological fact. And those facts, as we know now, don’t look so good. We have “guided missiles and misguided men”, Martin Luther King lamented decades ago. Indeed, it is one thing for kings who command cavalries to behave as ecologically blind, petty realists, but it is an entirely different matter when a global civilization commanding Promethean powers behaves the same. Our politics and geopolitics have to grow up to engage this new reality.

If this argument holds up to scrutiny, we are confronted with an immense political and diplomatic undertaking. Going forward after California, will Mr. Obama, Mr. Xi and their peers around the world seek the wisdom to engage this challenge, or will they dismiss it as naïve? Opting for the latter may seem like realism in international relations. But it is no longer realistic; it would be delusional on a shared and finite planet.

Will the environment survive international relations? by Manu V. Mathai is licensed under a Creative Commons Attribution-NoDerivs 3.0 Unported License.
Based on a work at http://ourworld.unu.edu/en/will-the-environment-survive-international-relations.

Dr. Manu V. Mathai is a Research Fellow in the Science and Technology for Sustainable Societies Programme at the United Nations University Institute of Advanced Studies. Dr. Mathai’s research and teaching interests centre around interlinkages between the themes of energy, environment and development, with a focus on science and technology policy and conceptions of human and economic development amenable to greater fairness on a shared and finite planet. He is the author of Nuclear Power, Economic Development Discourse and the Environment (2013).