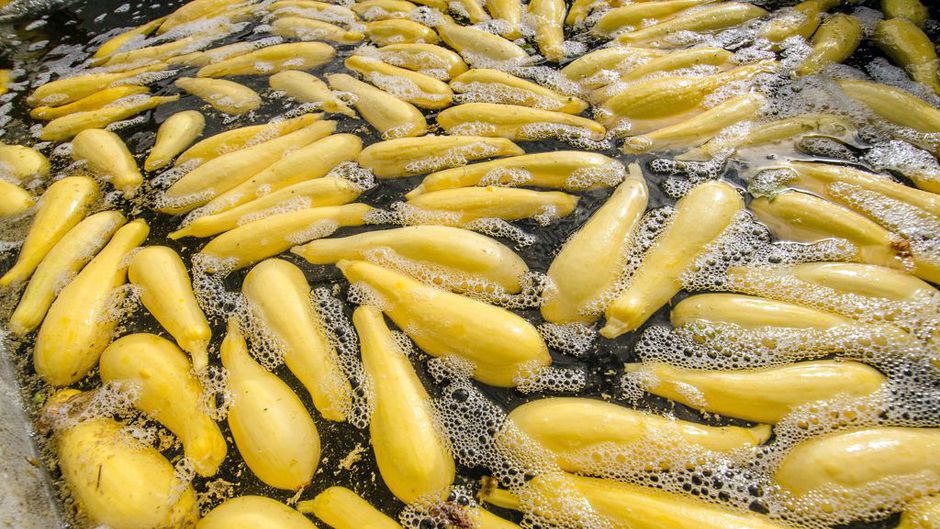 Today is World Health Day, with the United Nations taking the opportunity to highlight food safety — a theme that says much about many of the globe’s most crucial food issues.

“Food production has been industrialized and its trade and distribution have been globalised,” said World Health Organization (WHO) Director-General Dr Margaret Chan. “These changes introduce multiple new opportunities for food to become contaminated with harmful bacteria, viruses, parasites, or chemicals.”

To mark the day, WHO released new data showing that 582 million cases of 22 different foodborne diseases were reported in 2010, with 351,000 deaths from illnesses like Salmonella, E.Coli and norovirus. These findings are part of a broader ongoing analysis of foodborne illnesses and the global threat posed by unsafe foods, the full results of which will be released in October.

Most cases were recorded in Africa and South-East Asia and 40 percent of those suffering from food-borne diseases from contaminated food were children under five years old.

The effects of unsafe food, however, stem not just from health effects, says the UN, but economic impacts are also high. One example is Germany’s 2011 E.coli outbreak which reportedly caused $1.3 billion in losses for farmers and industries and $236 million in emergency aid payments to 22 European Union Member States.

The UN Secretary-General today called for unified efforts to ensure that production, distribution, and preparation of food is done safely.

“The health, agriculture, trade, and environment sectors need to work together,” said Ban Ki-moon. “We all have a role to play in keeping food safe — from farm to plate.”

“A local food safety problem can rapidly become an international emergency,” said Dr Chan, who stressed the need for coordinated, cross-border action across the entire food supply chain to ensure food safety. “Investigation of an outbreak of foodborne disease is vastly more complicated when a single plate or package of food contains ingredients from multiple countries.”

Consumers also play important roles in promoting food safety, from practising safe food hygiene and learning how to take care when cooking potentially hazardous foods, like chicken, to reading labels when buying and preparing food. Check out the WHO’s Five Keys to Safer Food to learn the basic principles for preventing foodborne diseases.

And for more in-depth examination of food issues, dive into the list of thought-provoking Our World stories below.