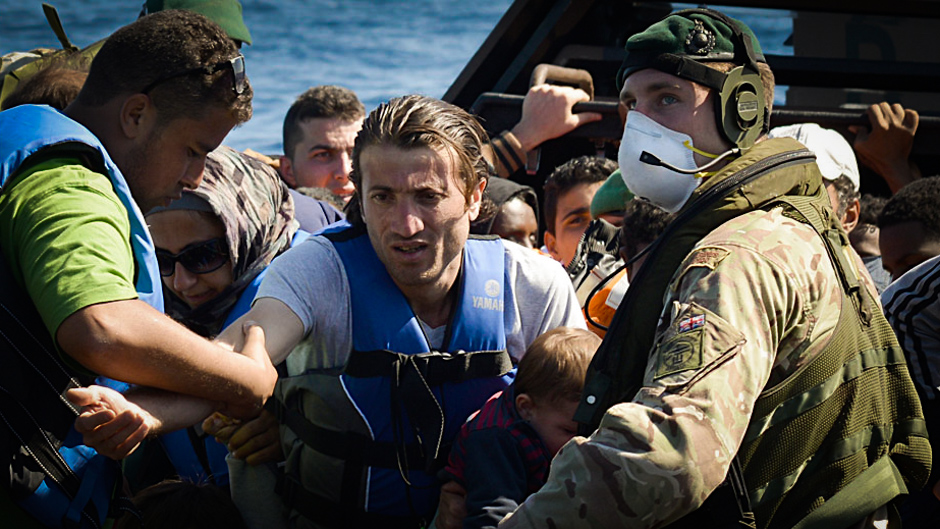 A child should not have to die to mobilise governments into credible action. The photograph of three-year-old Alan Kurdi’s body washed ashore, which has mobilised international responses to the ongoing migration crisis in the Mediterranean over the past week, signals two inter-related tragedies: firstly, that of the human loss and suffering that is ongoing in this context, and secondly, that of the dire shortcomings of global and regional good governance of migration.

As the EU prepares to address this issue at an Extraordinary Justice and Home Affairs Council on 14 September 2015, and in the run-up to the High Level Side Event on Migration planned at the UN on 30 September, there is an urgent need to reflect on how best to swiftly and competently address the mounting crisis in migration to Europe. While Italy and Greece are overwhelmed as receiving points of migration from across the Mediterranean, there is every indication that the numbers of refugees who have entered Europe form only a small proportion of those who are already displaced and making their tortuous ways via Libya, Turkey, Eastern Europe and other routes in search of a safe and dignified life.

There are some important facts that must be taken into account in this context: firstly, a condition for positive dialogue among global leaders is the understanding that migration is a fact as old as the history of humanity itself.

Secondly, the flows coming into Europe today are mixed. It would appear that certain world leaders may favour hosting refugees (if only because there is a certain historical and political kudos to be found in the idea of Europe as a place of shelter) but reject the thought of offering hospitality to ‘economic migrants’ as those coming to take advantage of European wealth. In reality, there are multiple causes that displace populations and trigger migration. Refugees, asylum seekers and economic migrants move shoulder to shoulder along networks and routes to Europe.

The numbers of refugees who have entered Europe form only a small proportion of those who are already displaced and making their tortuous ways via Libya, Turkey, Eastern Europe and other routes in search of a safe and dignified life.

Thirdly, the vast and growing underworld of smugglers and traffickers (at times it is hard, if not impossible, to disentangle the one from the other) thrive off existing European border policies and practices. The denial of visas and the building of fences with ever more razor wire foster the business of smugglers and force migrants down unsafe and undignified terrains of illegality. This is not the way forward.

Governments must understand that for as long as vast global inequalities that relate at once to questions of wealth, well-being, freedoms, rights, peace, security and democracy exist between Europe and other parts of the world, there will be both the absolute need and the overwhelming desire to access Europe.

Against this backdrop, global leaders need to respond proactively in the short, medium and longer terms in order to safeguard lives and diminish suffering. As a first step, European leaders must establish a common asylum policy that sets procedures whereby residency and benefits are on offer equally across European states. Perhaps Europe could look back at that other image of a suffering child that once mobilised a similar response — the girl fleeing napalm in Vietnam — and work towards a resettlement plan that is shared and that takes into account not solely those already in Europe, but also the many more on their way. Europe has room for them.

The current burden on Greece and Italy needs urgently to be relieved. It also seems imperative to open legal channels for migrants, so that they do not surrender their safety into the hands of smugglers. A common asylum policy with applications processed along transit routes would enable legal, safe and managed migration into Europe. While this is being implemented, governments need urgently to contribute funds to the many agencies that are currently providing for the basic needs of migrants.

In the medium term, European leaders need to engage with governments in Turkey and the Gulf. While Turkey currently hosts large numbers of Syrian and other refugees, the granting of residence and employment rights via visas would enable them to both contribute positively to local economies and ensure their safety and dignity. The Gulf countries too could engage in settlement programmes — if the political will were present. In the longer term, there is much that remains to be done. The ending of conflicts, greater development, and the ending of political oppression are all necessary for well-being, democracy and dignity. For governance to be credible, what is needed is an approach that is proactive, not responsive, and that acts always within the larger frame of human rights.

With migrants arriving — and dying — every day in Europe, countries like Sweden and Germany have been stepping up and giving a good example to their European neighbours; but sadly this example is not being readily followed. The general lack of coordination at EU level is simply unacceptable and frankly embarrassing for a region that prides itself on upholding principles of human rights.

As EU leaders prevaricate over the 200,000 refugees they have agreed to take over the next five years, countries neighbouring Syria have seen their populations rise by as much as a quarter. Lebanon and Jordan, with populations of 4.5 and 6.5 million, are respectively hosting more than 1.2 million and 650,000 refugees, while Turkey continues to welcome additional refugees after having absorbed 1.6 million.

For too long, Europe has given aid while saying, ‘not in my backyard’; this policy is not only shameful but also completely unrealistic. Camps in neighbouring countries are overflowing and people have few other options than to move on. “The deteriorating conditions in Lebanon and Jordan, particularly the lack of food and healthcare,” writes Harriet Grant in The Guardian newspaper, “have become intolerable for many of the 4 million people who have fled Syria, driving fresh waves of refugees northwest towards Europe and aggravating the current crisis.”

For too long, Europe has given aid while saying, ‘not in my backyard’; this policy is not only shameful but also completely unrealistic. Camps in neighbouring countries are overflowing and people have few other options than to move on.

This means we are going to continue to see refugees and asylum seekers knocking on Europe’s door. If Europe really cares about the well-being of these individuals (and human rights principles more generally), then more durable solutions need to be taken at a European level. This starts with accepting more UNHCR resettles so that they do not need to make the dangerous journey to Europe themselves.

European leaders should also change their thinking about the current refugee situation and embrace it as an opportunity instead of a threat. As Prof. Betts of the Refugee Studies Centre at the University of Oxford puts it, we could ‘treat refugees as a development issue’. He argues that refugees are resilient, hardworking people trying to make a better life for themselves. By doing so, they are able to greatly contribute to the development of the economy and society in their host country. Europe, with an ageing population should see this situation as not only a humanitarian responsibility but also an opportunity to bring capable, resilient new people into their societies.

The Mediterranean Crisis: An Open Letter to World Leaders by Melissa Siegel and Parvati Nair is licensed under a Creative Commons Attribution-NonCommercial-ShareAlike 4.0 International License.